Animals – especially mammals – are constructed similarly to us, and thus suffer from a host of ills as we do. I’ve seen dogs that were neurotic, depressed, angry, scared – every emotion we have, they also seem to have. What do we have that they don’t? The thin bark of cortex around our brain that seems to be the seat of abstraction that is both our glory and our downfall.

But we relate to animals emotionally – horses, cats, dogs, and the animal you have as a pet (not so sure about goldfish on the emotional scale, but, hey, whatever) – and Papa-San worked his way deeply into my heart. He came to us as a kitten, and I named him ‘Pantera’ for his black, black coat and stalking style. Later he named himself Papa-san through a dream. 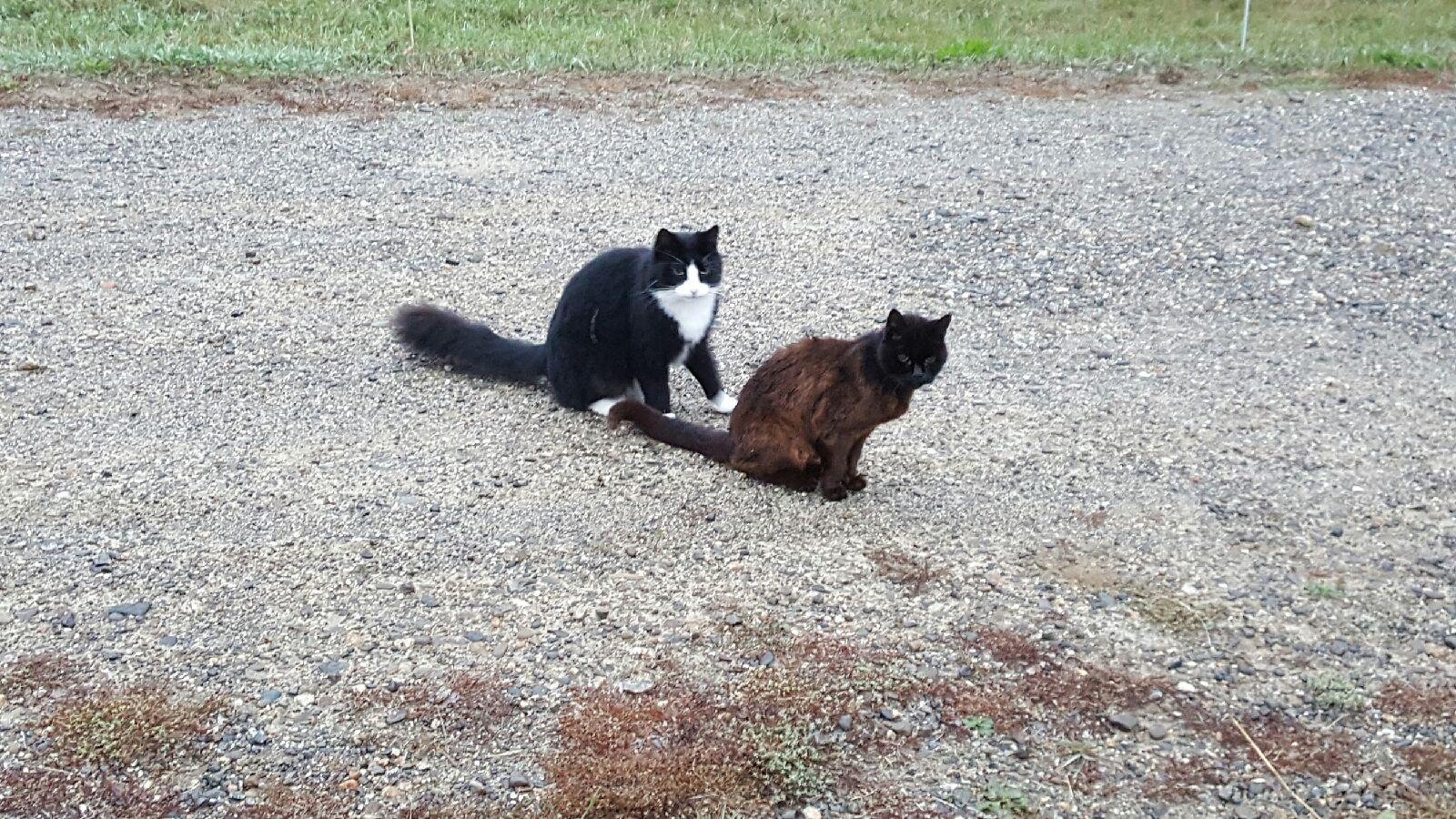 Papa came with us from Scarborough, surviving all the other cats we lost to cars, predators, disease, and old age. He was the father to them all, taking his role seriously, licking them clean, protecting the new ones even when they threatened to take his place in the house or in my affections. He took it all in stride. He always had his place that was never usurped, draped across my feet on my bedspread. He never complained. ate sparingly, and had no greater joy than stretching out in your lap before a fire.

Here you see me with him on his last day. 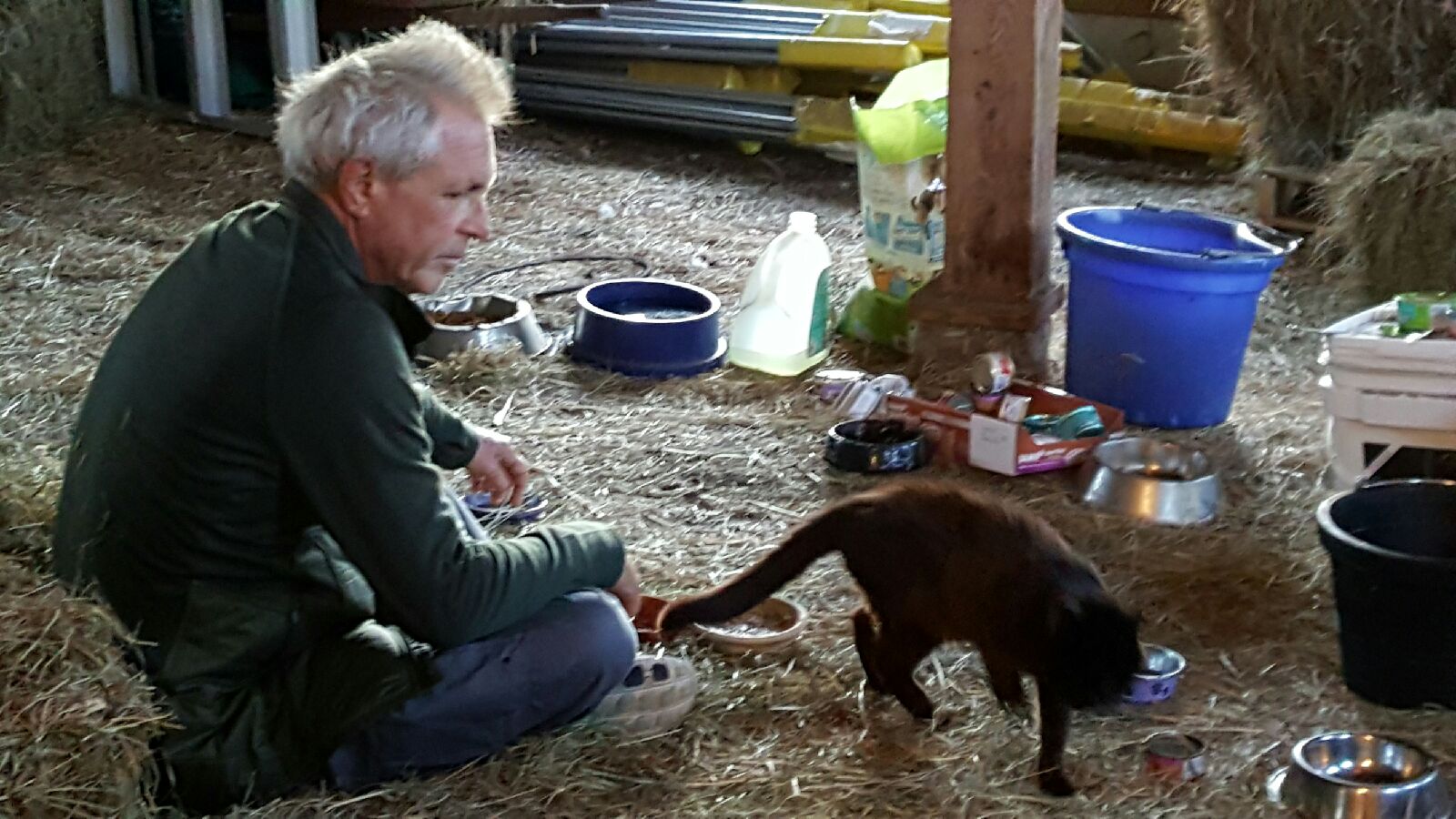 Papa outlived them all, and when he passed he was more than 23 years old! In characteristic Papa fashion, he simply disappeared when it was time. He was very spry and active all his life (of course I chalk it up to the bodywork sessions I gave him regularly), but he had been getting crotchety and forgetful all summer. His fur was turning a rich golden brown in his old age, but in the last month it was looking ratty and he started licking himself compulsively – we knew his time was coming. I imagine he didn’t feel he could do another Maine winter, and when autumn started, he chose a time when we were all away to simply go off somewhere and give up his ghost. 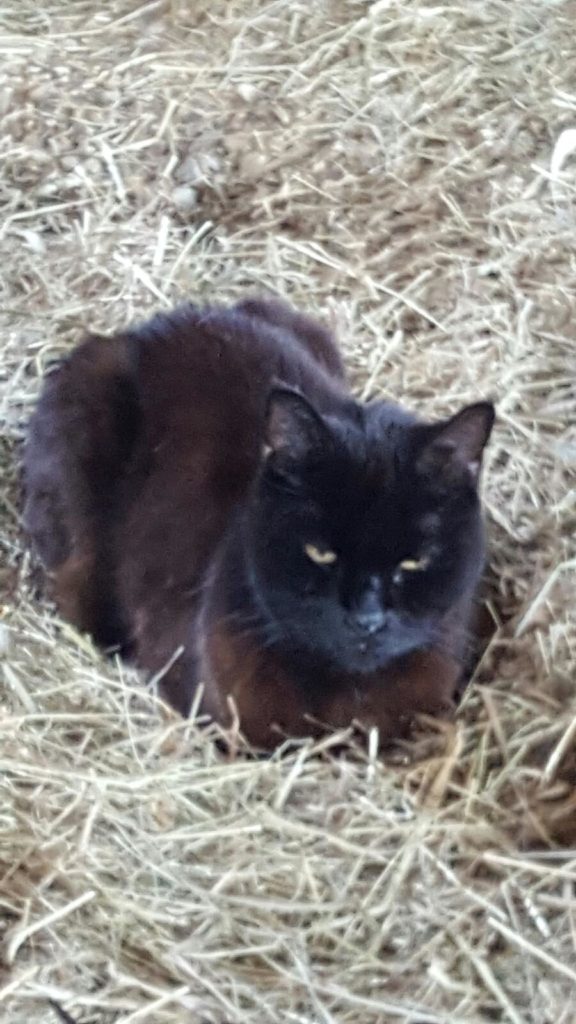 I have looked for him in the surrounding woods, not expecting to find him, and I didn’t. I can picture him like the Tibetan monk that he was, simply arranging his own chosen death in a snug place under a tree. I don’t like to feel him dying alone, but I guess in the end we all do. Papa, your kind steadfastness is indelibly etched in my heart – you will always be with me, and I will always be with you, like paired quarks, we act at a distance on each other.