It’s a rare friend who is usefully difficult. Some people are just difficult, and long friendships can have difficult times, but a usefully difficult friend is a treasure. One of mine just passed over last night. Aleph Kamal – born the same year as myself, but in Egypt of an Indian mother and a strict Muslim father, I don’t know from where. I met him in London in 1981, where I inherited him as a client from another Rolfer. Outlandish, larger than life, very Oscar Wilde / Quentin Crisp in his presentation during those days, I always enjoyed his sessions. His body was impossible – strong lordosis led to a pot belly, even in his younger years, his shoulders akimbo, utterly lazy – but dressed up in New York black in London’s Chuck & Di heyday, he cut an elegant figure as he would glide out of the session back into his life.

Even in our nascent practitioner-client phase, he was already teasing, cajoling, and shaming me out of my New England stiffness – ‘too proper by half’, but he respected and honoured my skill and my hewing to my principles, and I respected his keen eye and willingness to flout convention. We both loved London as a symbol of intellectual freedom. We both dispaired of Western civilisation – like Gandhi, we both loved it and thought it would be a good idea.

At that time, he was making his living as a psychic, in trendy Earl’s Court, but I had only seen him in my practice. After a couple of years, I was doing one of my periodic dives out of London – this time to live in rural Greece, that’s a story for another time, but at the edge of one of life’s cusps in any case – and I said to him, “Since you’ve been sampling my wares for a while, let me come and sample yours.” He eyed me warily from those eyes (that were likely deep and old when he was born, I bet) but I called and made the appointment, and he didn’t cancel.

His lair was dark, full of black lights and aquaria and foiled surfaces. The seating was comfortable, ample, and the bubbling pumps for the fish tanks hypnotic. Although we were both a bit uncomfortable with the switching of roles, in we went. His first gambit: “I can’t work with you; you’re too skeptical.” I mumbled something. He started ticking off on his fingers: “Don’t worry about your passport troubles, they’ll clear themselves up in a few months, don’t lend your car to your friend, it won’t work out well, do attend to your left contact lens, and this is an important birthday for your sister, don’t forget.” There was no way he could have known about any of these – we had only seen each other in my practice, and I am generally not disclosing in that room. (And by the way, he turned out later to be right in all particulars.)

You know, I don’t remember the meat of that first reading, and though we have known each other for more than 30 years since, we have probably done three more readings in all that time. He uses tarot cards, but he could have used a crystal ball, or a pair of shoes – it was his ability to tune into the frequency of so many people. It fried his circuits, I think, to be in the spiritual space of so many people.

By the time Giselle and I got back from Greece, we all became friends instead of professionals to each other. He married – Aleph had a girlfriend? his sexuality was deliberately ambiguous and varied over time- and they moved from Earl’s Court to middle class Chiswick, and we took to visiting each other weekly across the vast expanse of London, trading between his flat south of the river and our flat in Highgate, NW5. Two couples, both trying to have a child, both Cancer men, Scorpio women, both trying to come to terms with a life that is rootless.

Rossetta – still waters run deep – always Sancho to his Quixote, but realising his complexity in her amazing art. Aleph was extraordinary – he could get falling-down, eye-rolling, miss-the-toilet drunk, and yet recount for you, several days later, the conversation you had with him in his cups, verbatim. What a memory, what an intelligence, what a burden to carry! In the end, no child came out of their union, which reverted to friendship. Giselle and I did manage to catch Misty, moved away to Santa Fe; he and Rossetta moved to Carcassonne in France; we lost touch. He was not an easy man by any stretch, but she stayed with him until the end, seeing and feeling deeper into him than most could.

A few years later, when I came back to Europe to teach, I visited him at his chateau down from Toulouse and we renewed our friendship. Chateau Azazel – “scapegoat”, devil – Those were his money days – Armani suits and a Rolex, but he was also commissioning art right and left, bringing artists into the chateau and letting them do their thing. Stained glass windows, sculpture, imostly around the Tarot – it was intoxicating, as he intended. He was, again, very difficult, nasty to my girlfriend at the time – but can you be condescending when you really are superior? It’s a conundrum – one that I resolved by corresponding, but I did not visit again.

Meanwhile he decided to move to South Africa as he chronicled and reveled in the change from apartheid to Mandela. He was in the coastal town of Durban, but then moved to Prince Albert, a little art colony oasis in the midst of the Karoo desert between Capetown and Jo’burg. It was a world away, but then I got an invitation to teach in South Africa, and despite my problems with the organiser, I went twice over the last few years.

Villa Kruger is an art garden, where many of the principal pieces were Rossetta’s, but still he was sponsoring and supporting artists to come there and work. A board valley amidst prehistoric mountains, to call Prince Albert an artist colony is to dignify it beyond its small town mentality and actuality. I don’t think he really learned this until he had committed to move there and it was too late. Our correspondence covered his contretemps with the local powers that be – in the town and in the art world. Never easygoing, Aleph was designed to put people’s backs up – the Fourth Way, the Way of Blame, as Ouspensky put it – but few could use it to learn as I did. He had some correspondents from his London and France days – he ran an online tarot / psychic course called Dancing With Chaos – indubitably still up on Facebook – which was intriguing but not very successful.

More successful was giving art tours of his gardens, winding around the garden at sunset, and finally into his house and even his bedroom – an act of self-revelation totally uncharacteristic, but being uncharacteristic was, of course, a character trait for him. There so many works of art around the place, it was a pleasure to sit anywhere on the grounds, feeling the dry wind gently whistle past your ear. 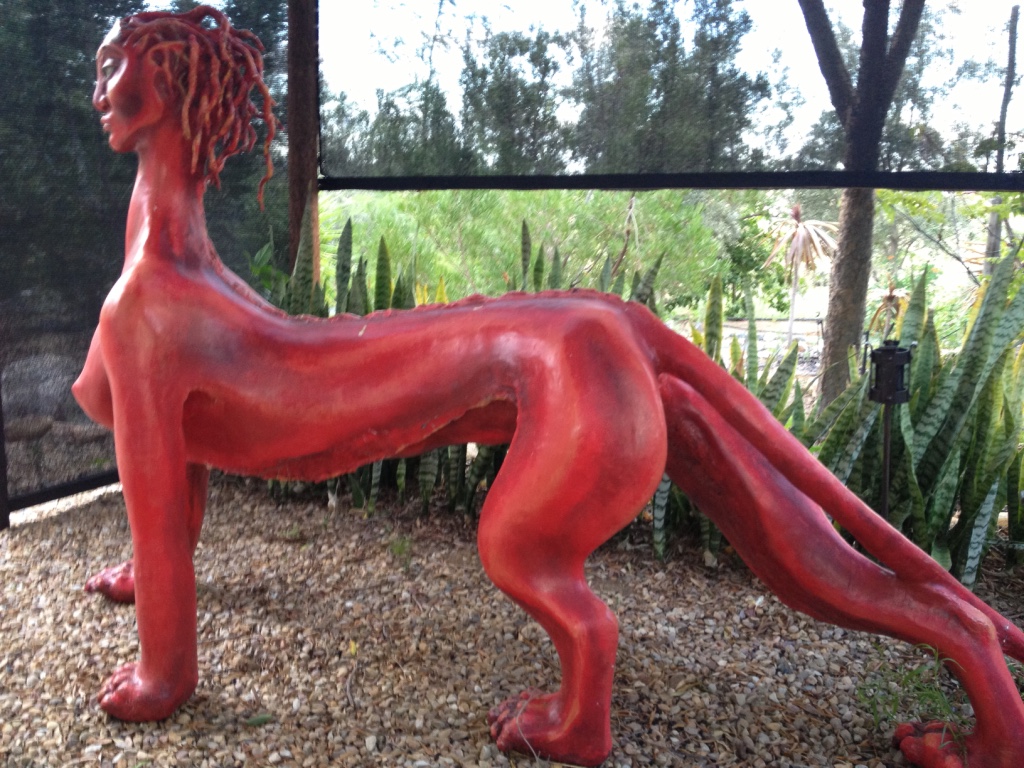 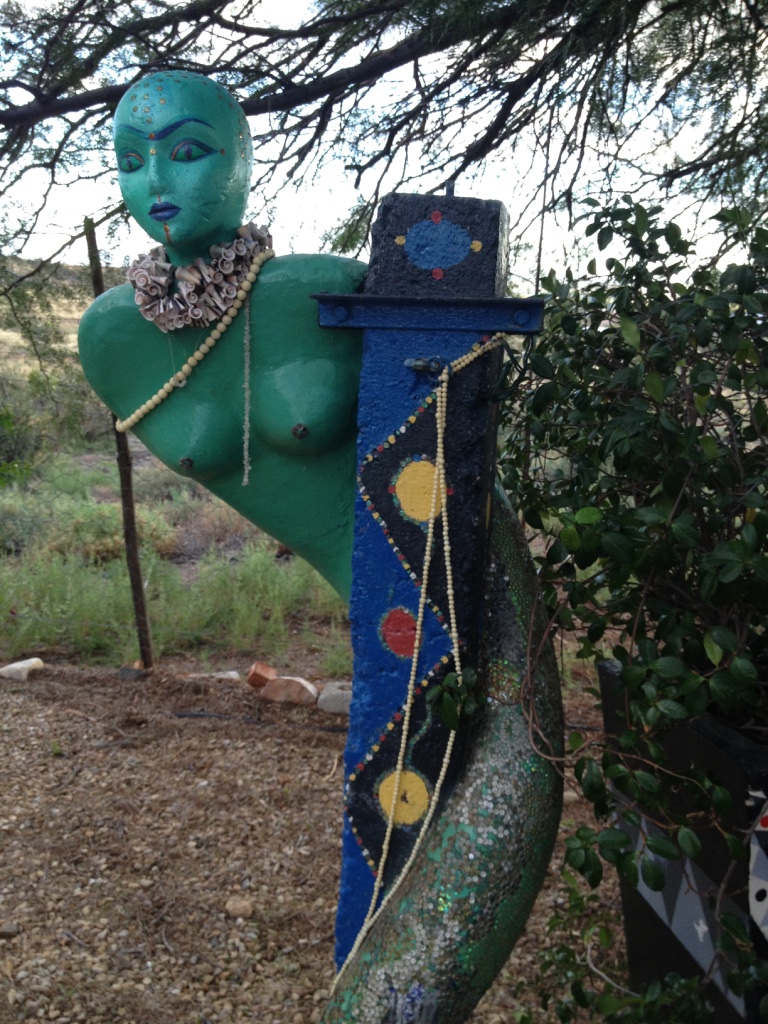 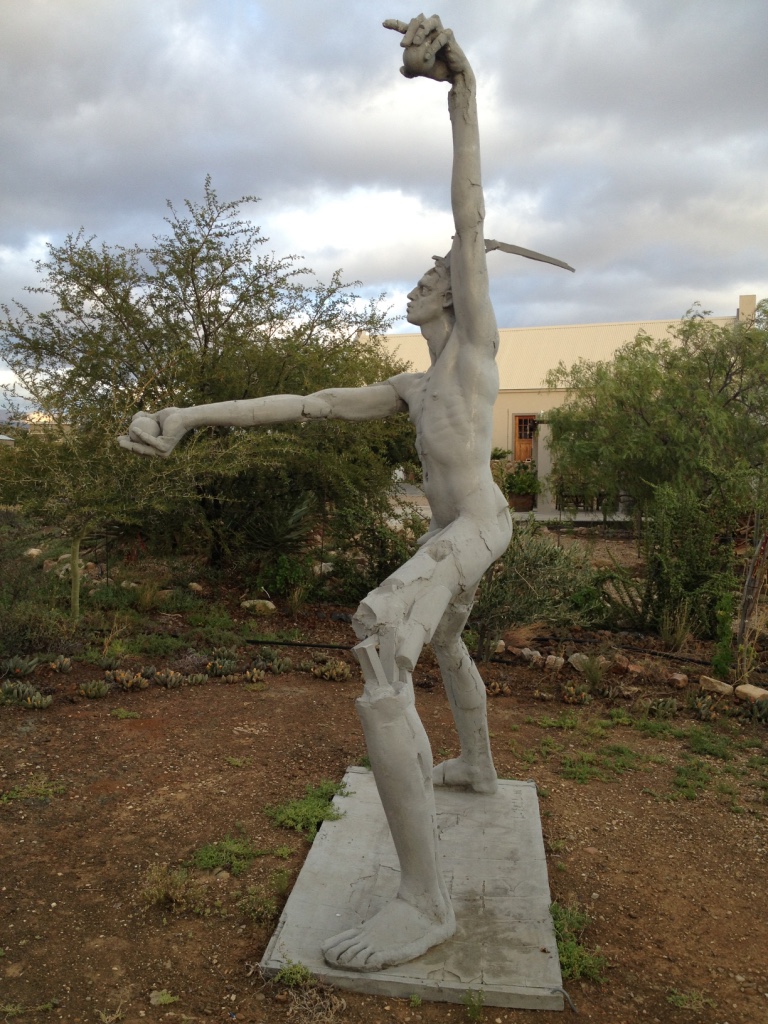 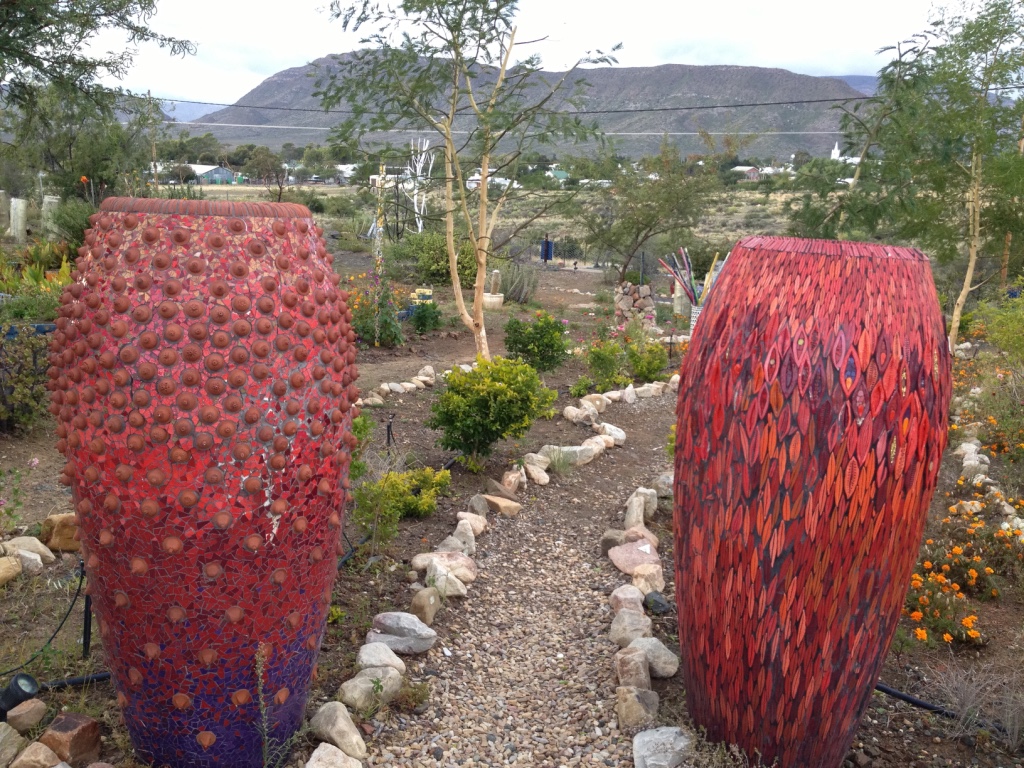 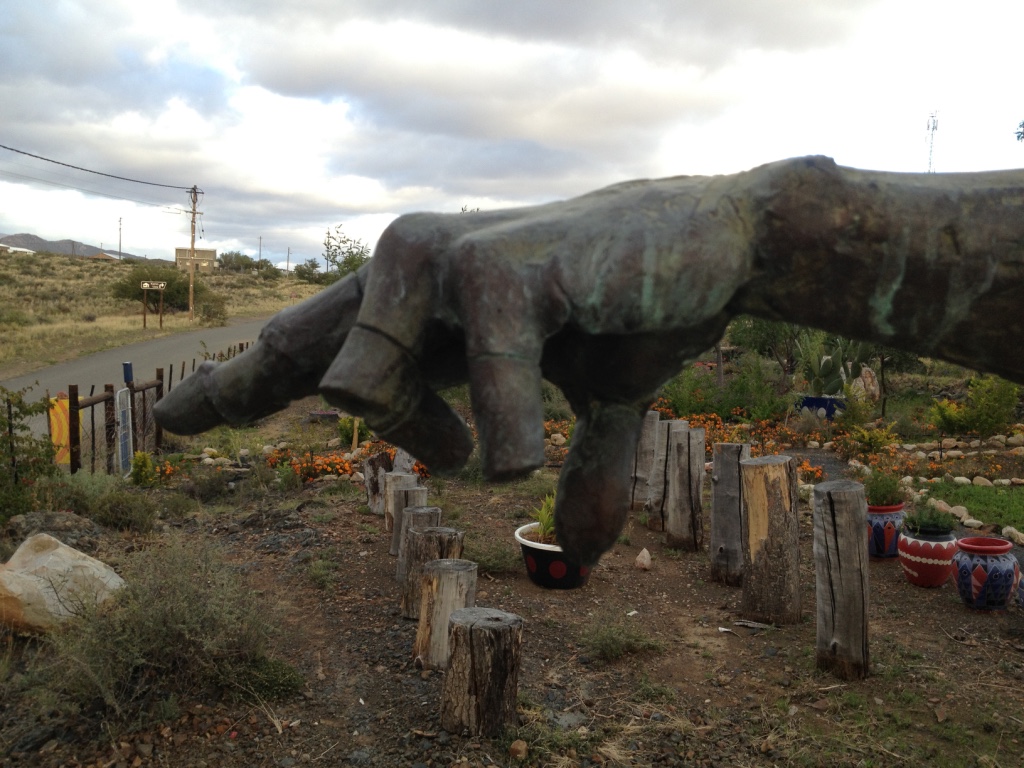 By the time I made my second visit a few years later, he was already winding down into a spiritual death that preceded his physical death last night. Nevertheless, he made a remarkably prescient reading for me that presaged all the changes that happened to me in this past year. I am Le Pendu, the Hanged Man – not as bad as it sounds, and I’m not revealing the rest, too personal.

Poor Rossetta called this morning – found him in bed, lifeless and without signs of a struggle. It might have been a stroke, but really we know: He was done. His attempt to revivify himself in this desert hadn’t worked, in spite of all he had done. With Aleph, there can be no doubt of an afterlife, a great beyond, and he is traveling its byways with a sure-footed determination, I am sure.

Aleph – you were an unsettling leavening in my life – exasperating, challenging, observant, truthful, dark. Time and again, you nailed me in a way I had to admit had merit – and you caused me to change. I wish I could have helped you more. That body of yours – wracked on a spiritual cross – I did what I could, but your pattern came from the inside – you came in with it, you didn’t acquire it. I miss you, I salute you – a Viking funeral for your flamboyant spiritual warrior, a flute of champagne to your European tastes for spiritual art, and a bark in the shins to your nastiness, from which I learned so much.