Usually my restlessness moves me on from anywhere as soon as I am able, and I am eager to get home – but today was a Monday sabbath for this guy who often works weekends.

Sunday night after a challenging workshop, I was psychologically checked (in the hockey sense) by a close friend – I don’t see her often – who heard my tale of woe and said ‘Grow up! What does it matter?”

Chastened and enlightened, at least temporarily, I had a leisurely day and then went to join a couple of students and their spouses for an evening sailboat charter on New York Harbour.

Narwhal Yacht Charters is Eric, and Eric’s friend is Alex, and Alex is an ATSI student who knows I like sailing so here we are, backing his 42’ cutter out of the slip on Chelsea Pier, past some evil teeth of submerged pilings, then turning into the wind to set the mainsail and reach down the mouth of the Hudson. 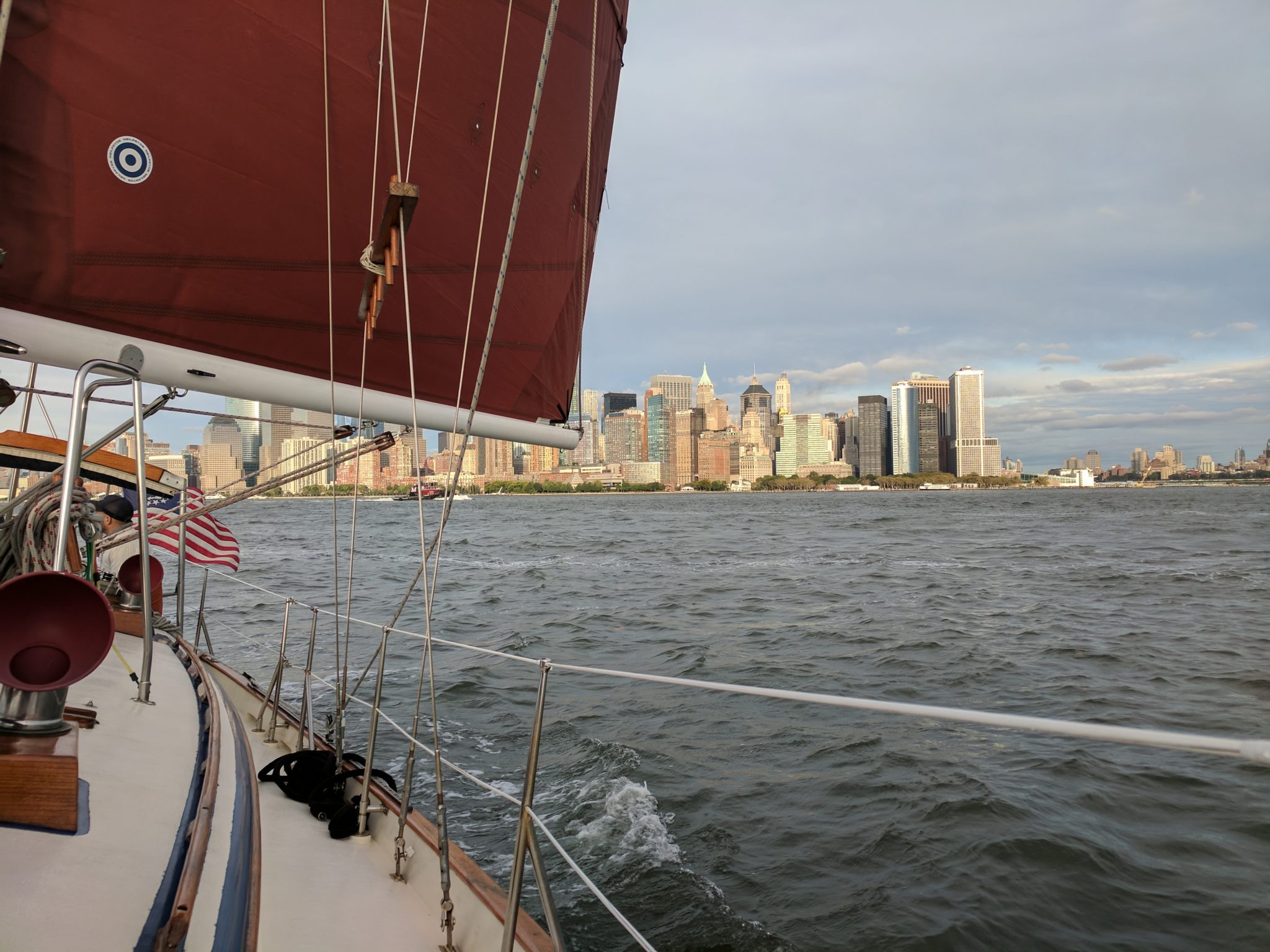 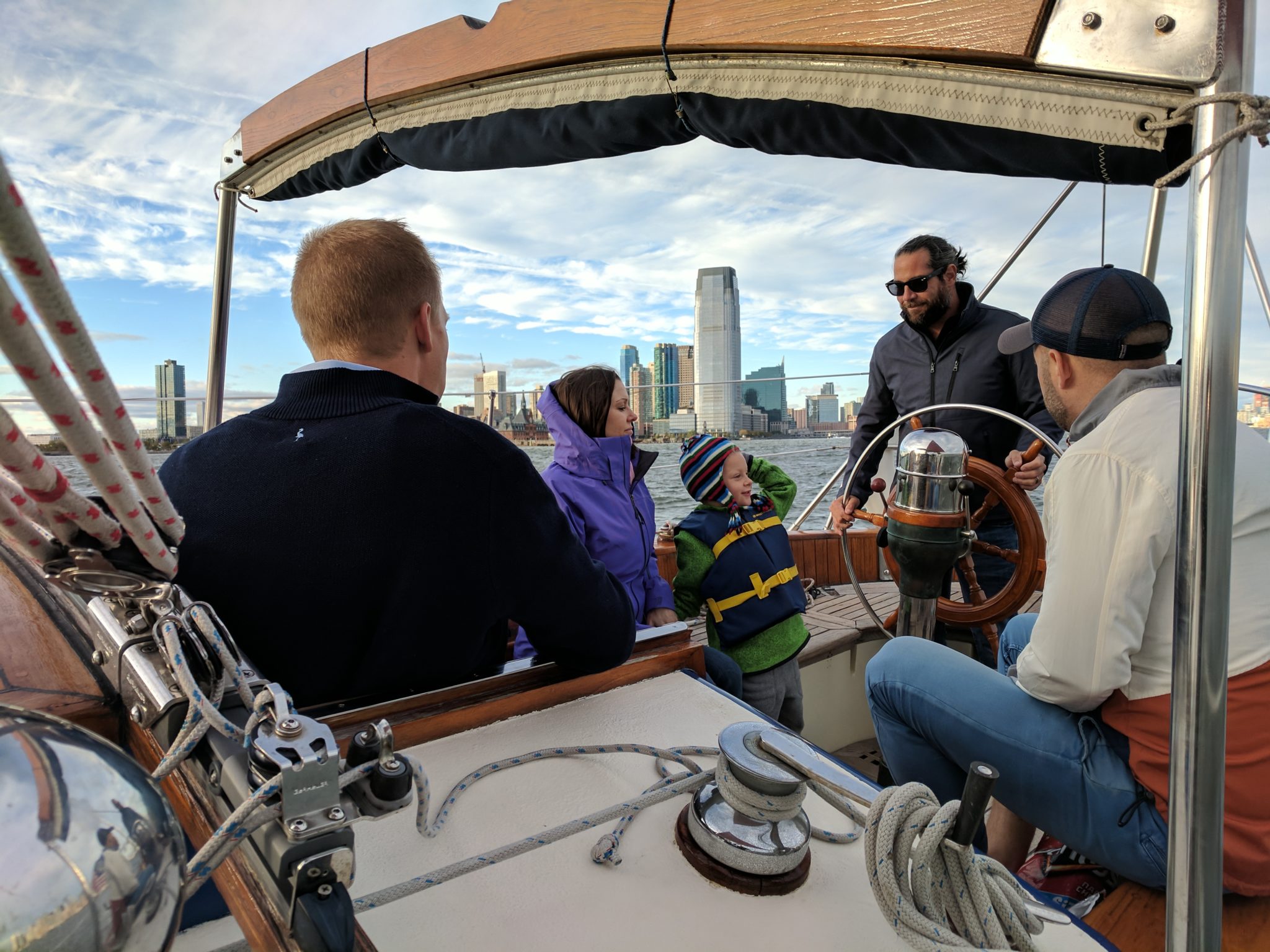 The wind was fresh from from NNW, and even this heavy live-aboard boat was moving at 6 knots. We sailed over the Holland Tunnel – cars running 100 feet below us – marked by huge vents on either side. Genesis has new, red sails (tannin-soaked, I didn’t know that was what produced the common red sails – your ‘Red sails in the sunset’? They’re protected with red tea.) 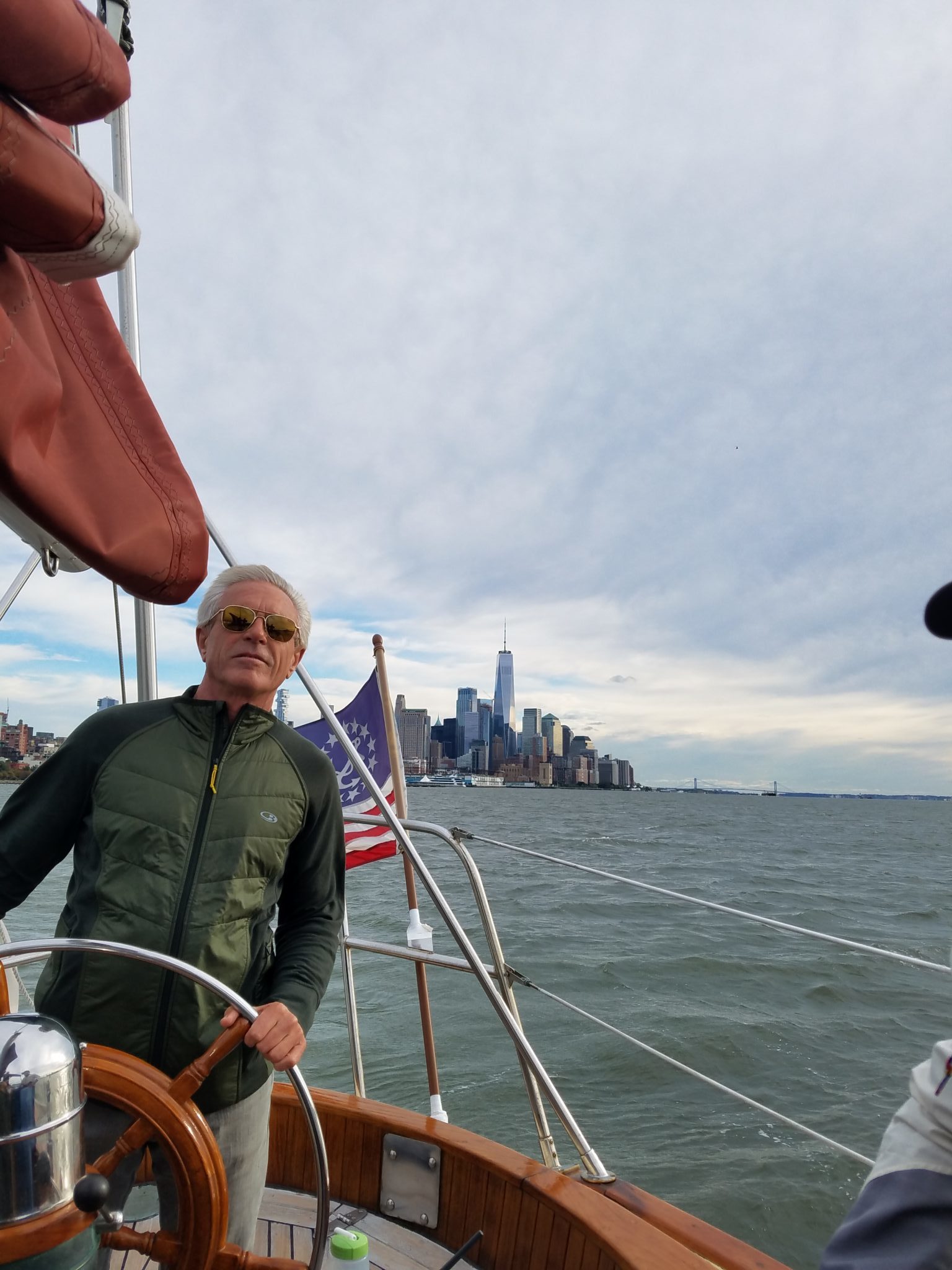 We wove among ferries and tugs toward the Goldman Sachs phallic symbol by the Colgate clock on the Jersey side (where Burr killed Hamilton). Then we gybed to tack back east toward The Battery, with the new World Trade Centre dominating the tip of the island (not by much, and not for long. 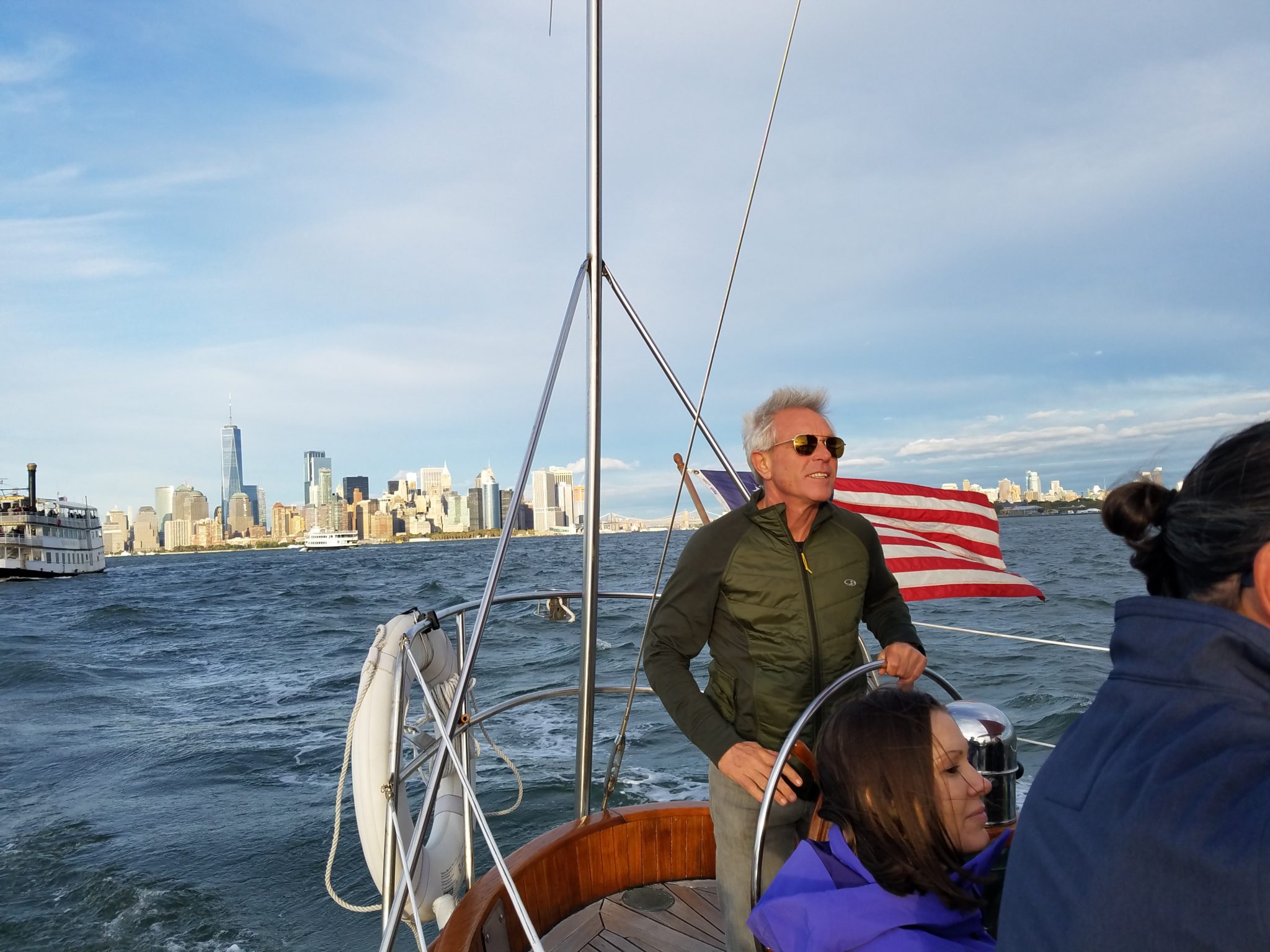 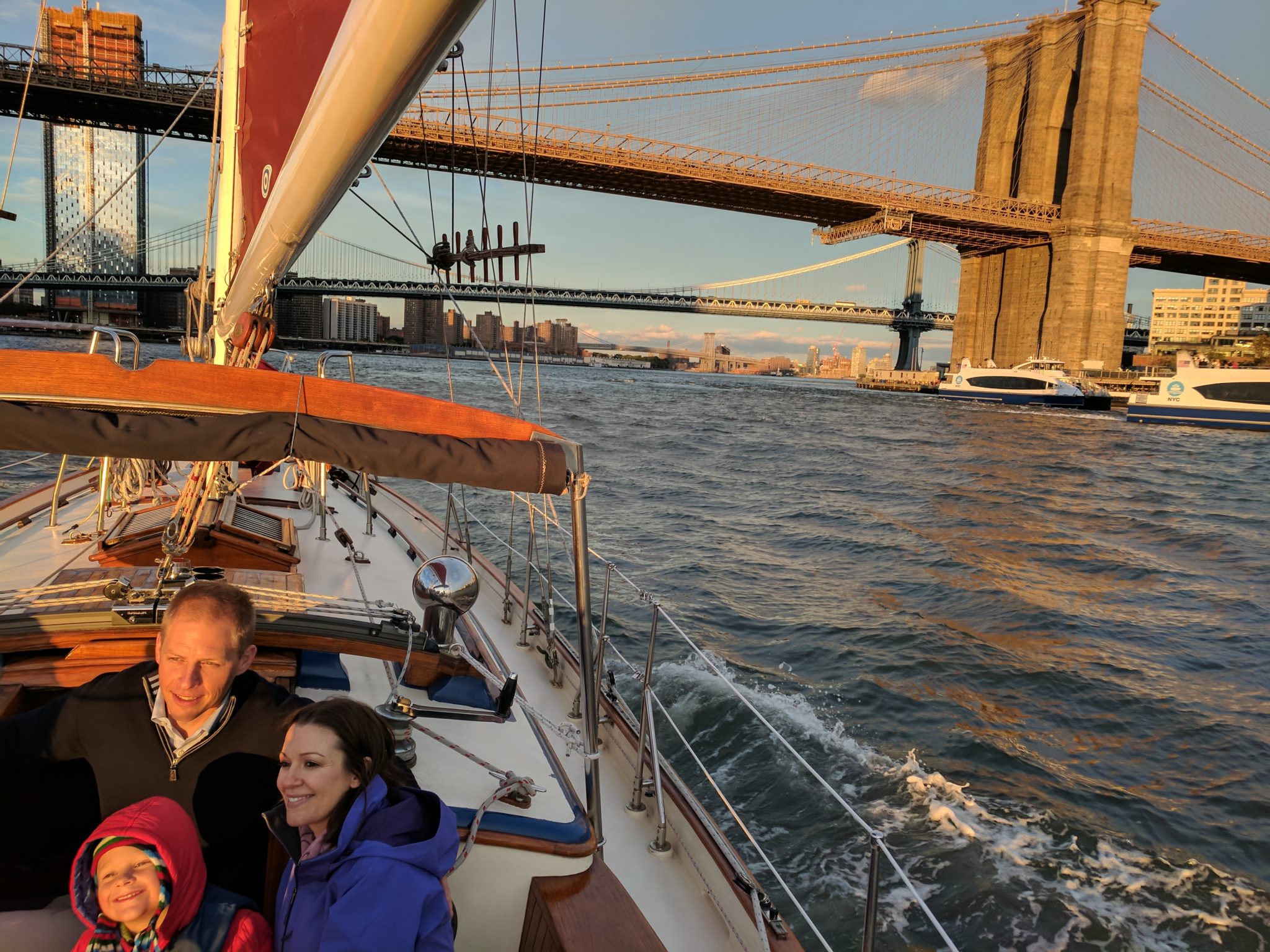 The city is a living thing, much like a coral or an anthill, and one excrescence of architecture always gives way to another. New York City continues to build, engulfing and renewing itself – like Theseus’ boat it is both the same and completely changed from era to era. I am so fond of this brassy town. 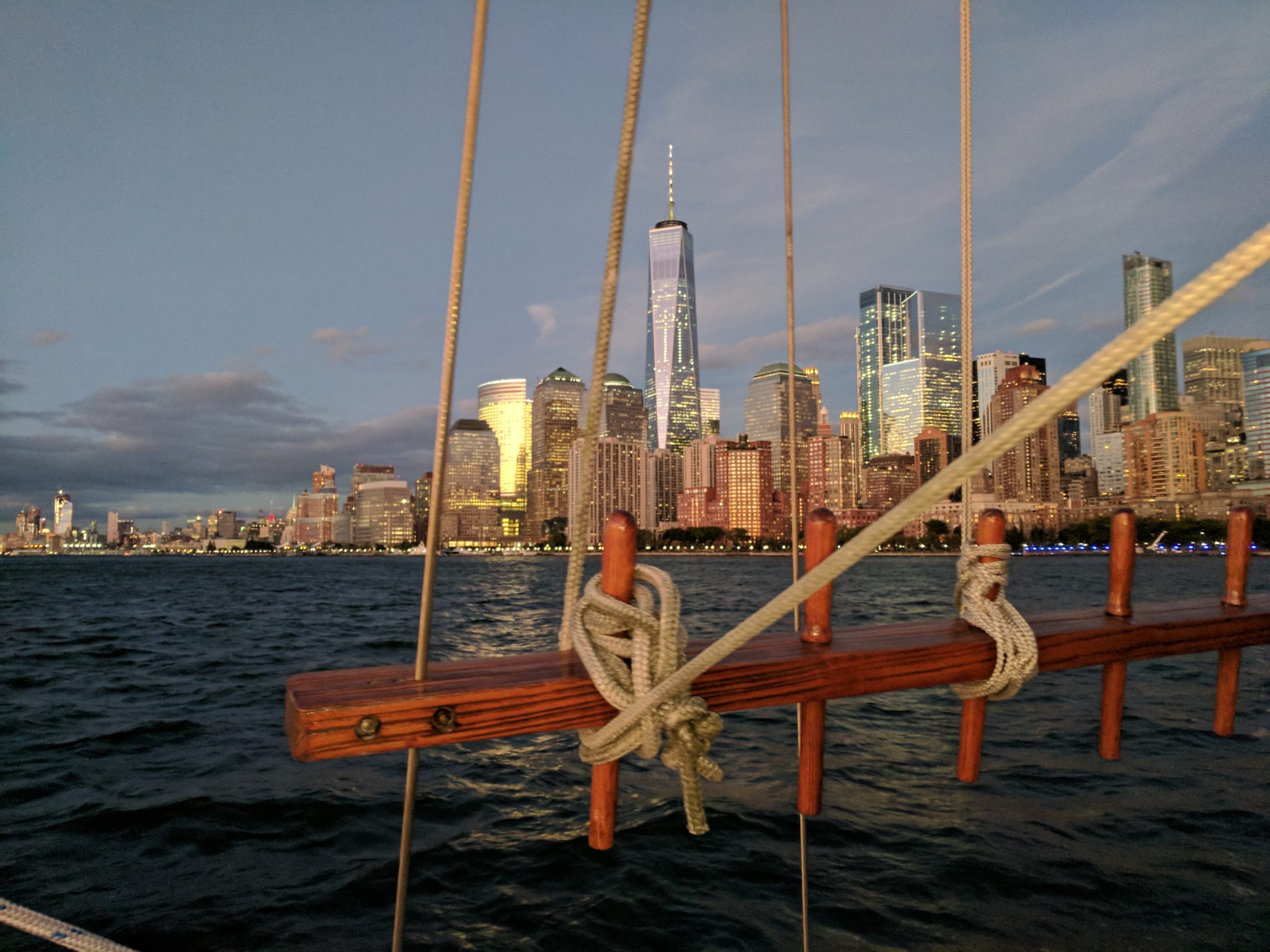 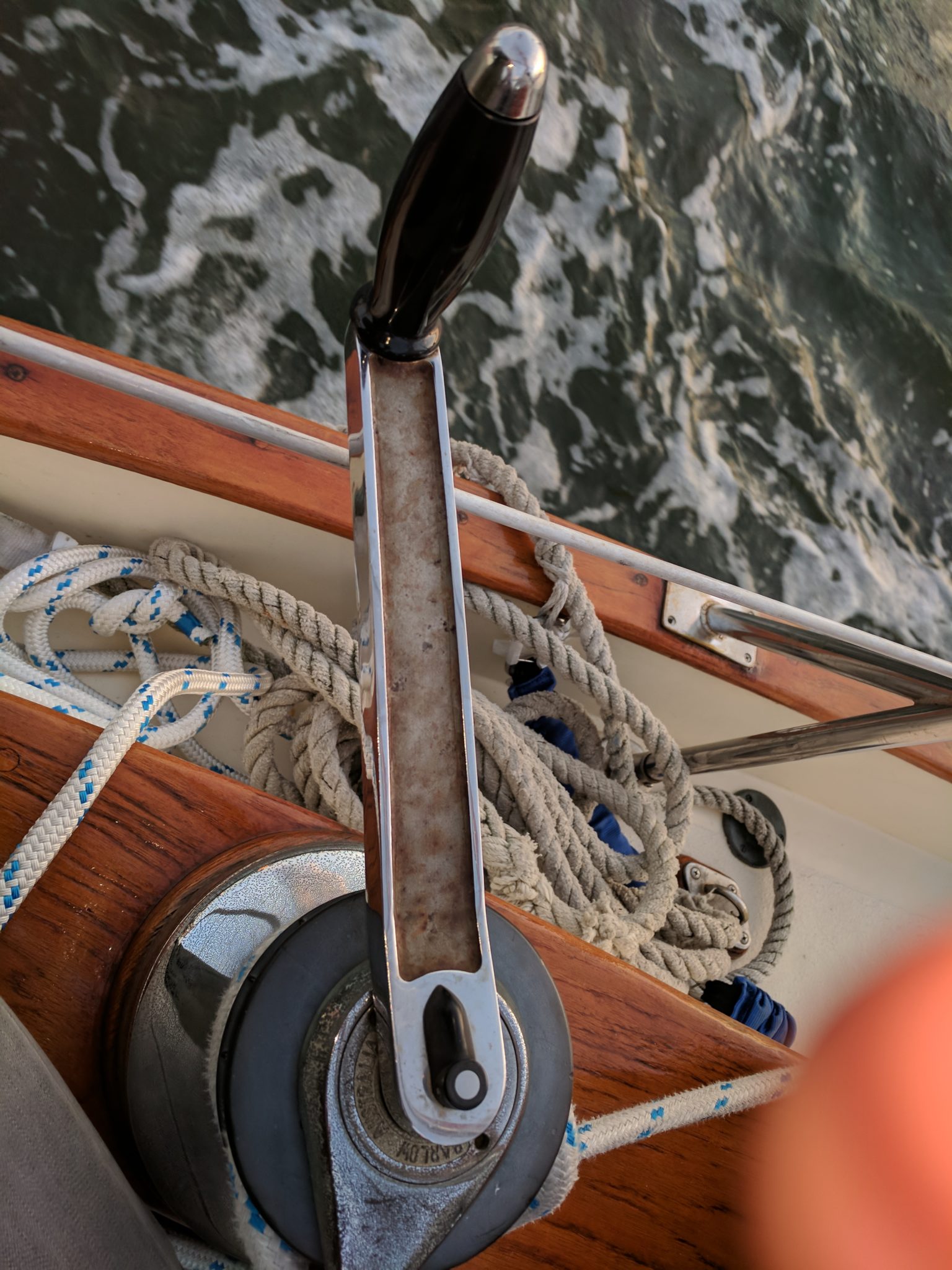 Gybe again for a reach down past Ellis Island and Miss Liberty, and across again to round up along Governor’s Island, and under the Brooklyn and Manhattan bridges, with the subway my daughter takes every morning clattering overhead. Only in this city can you sail over cars and under the subway. 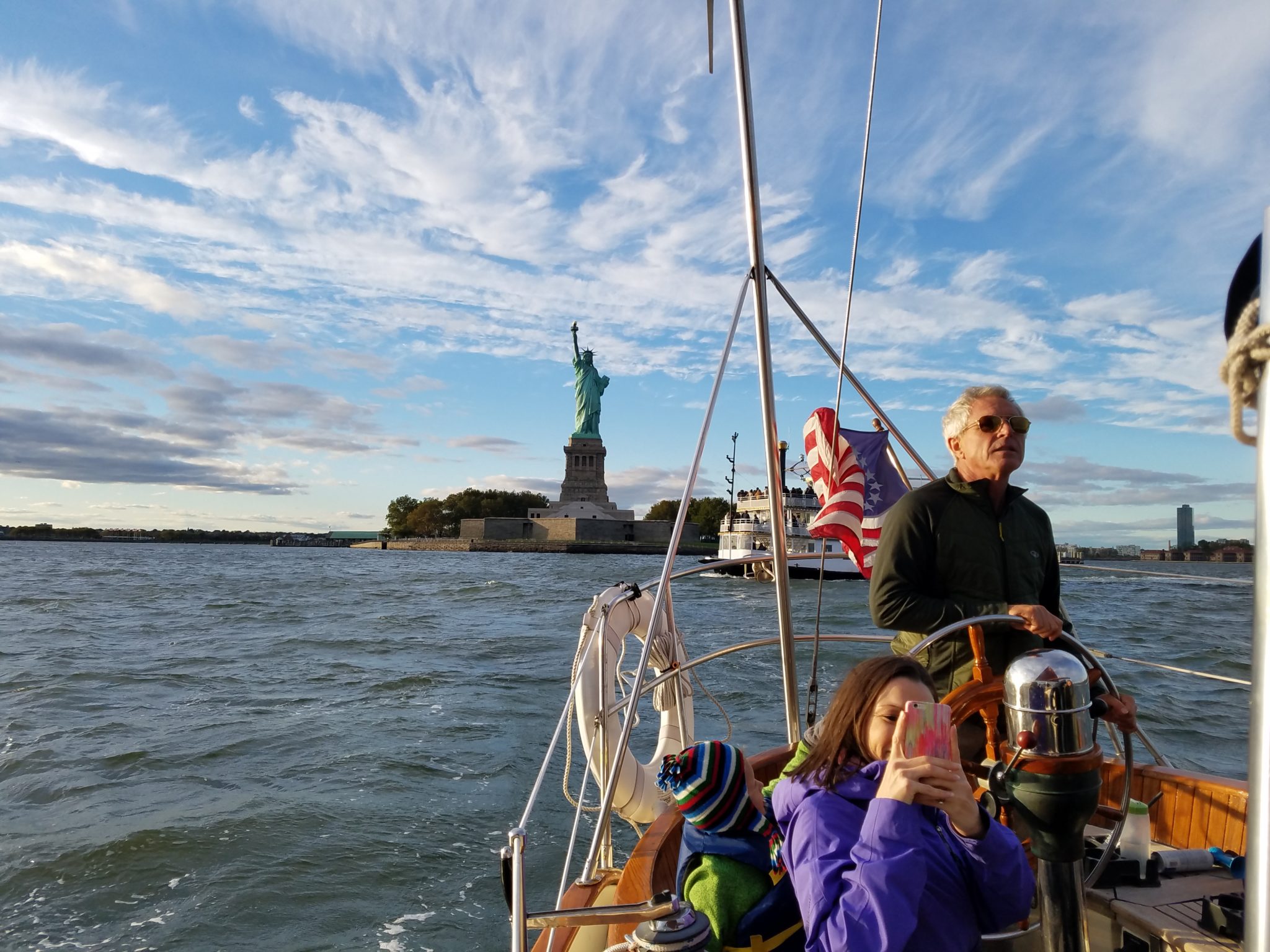 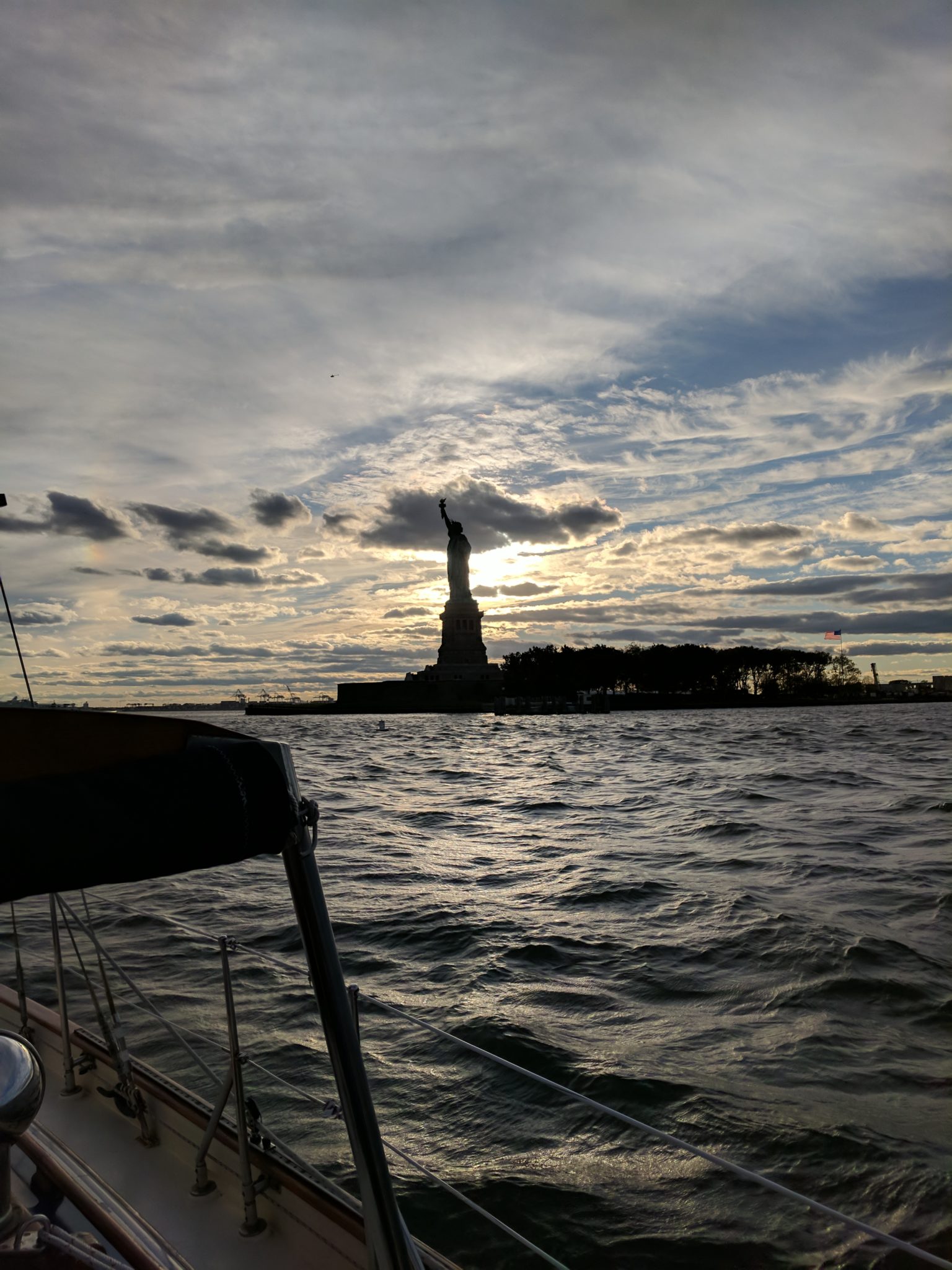 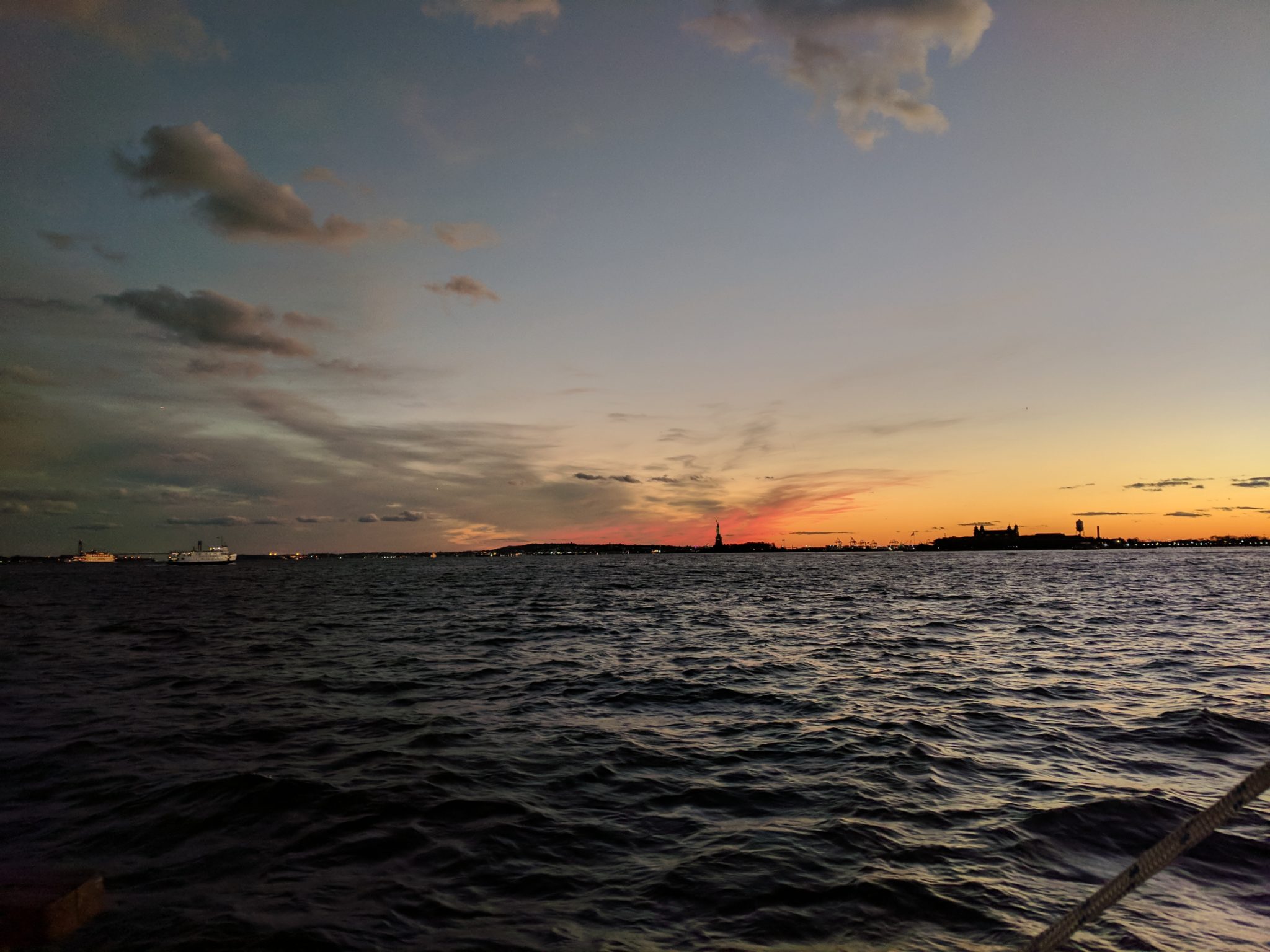 Alex’s son Max – a bundle of pure enthusiasm – stood on my knees to take the wheel as we rounded out of the East River south of Wall Street for the sunset over Perth Amboy. 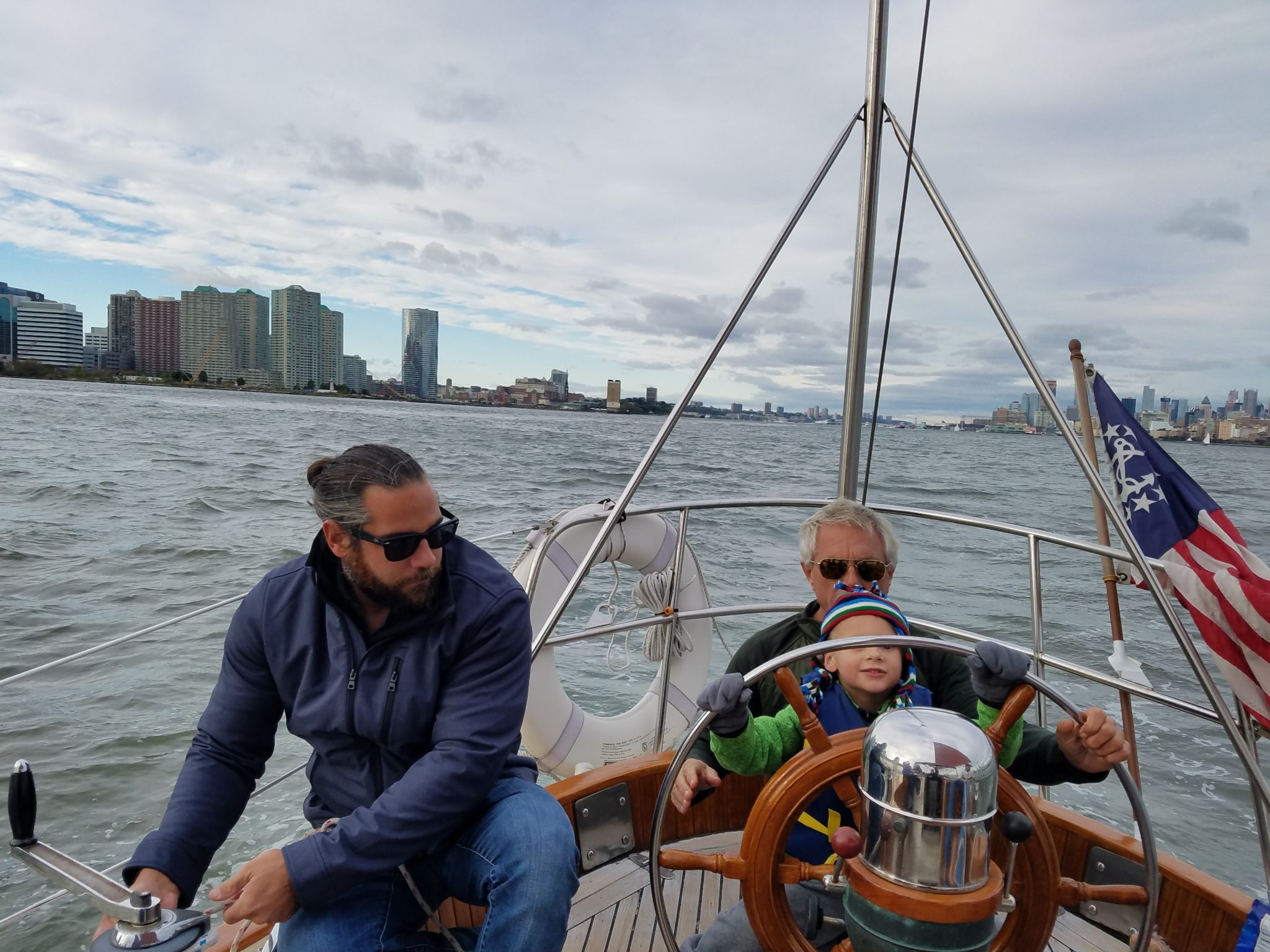 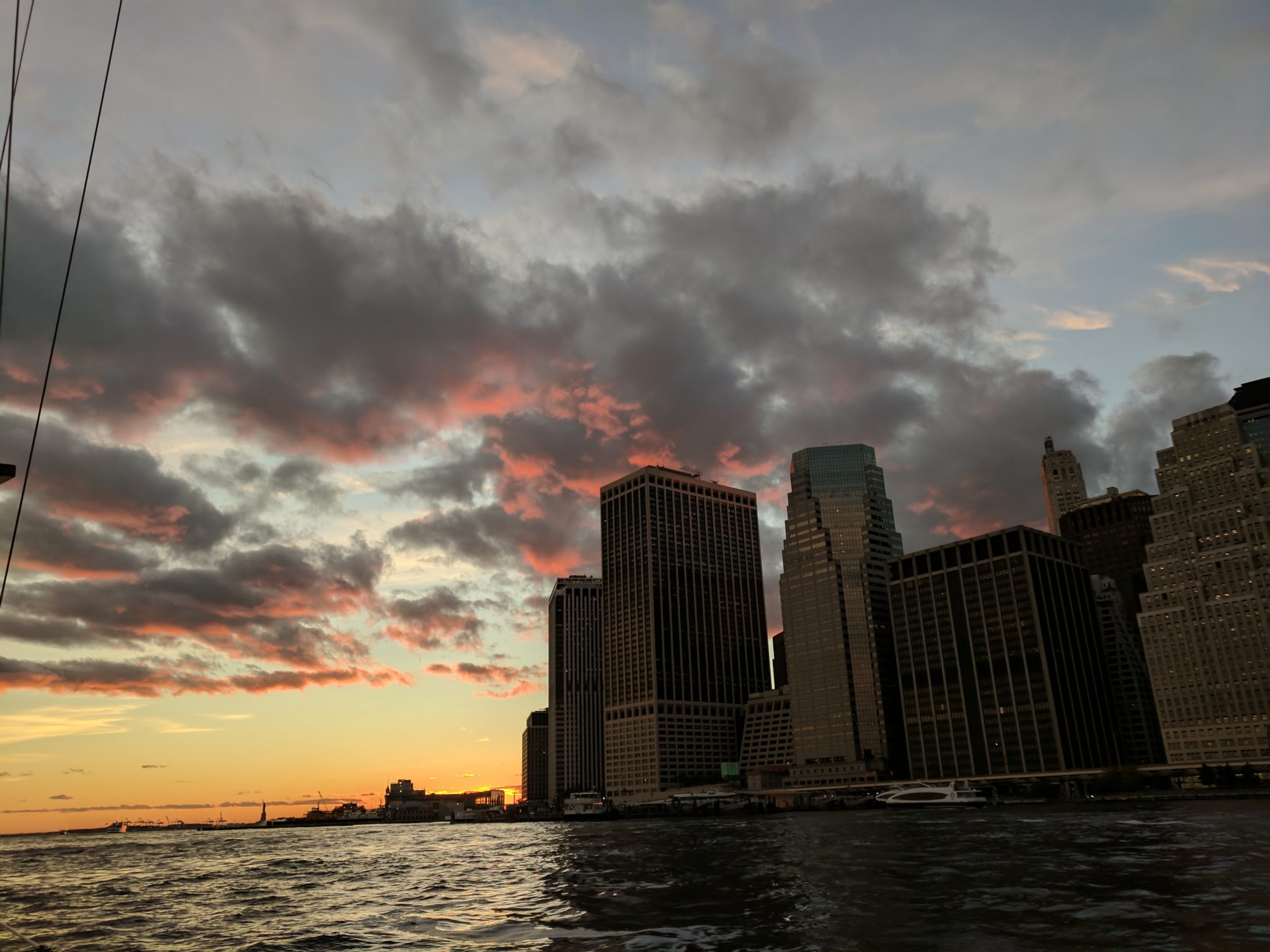 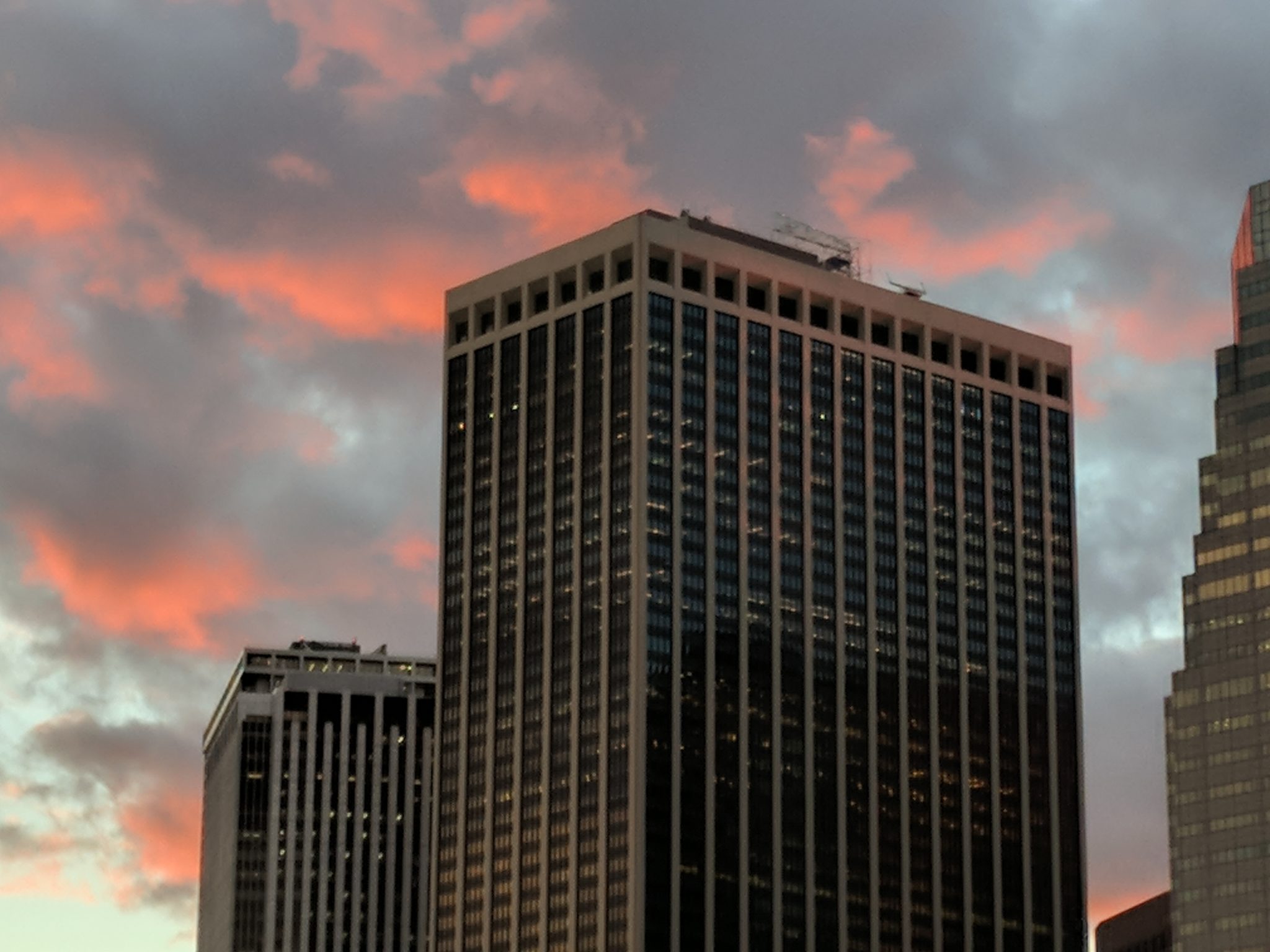 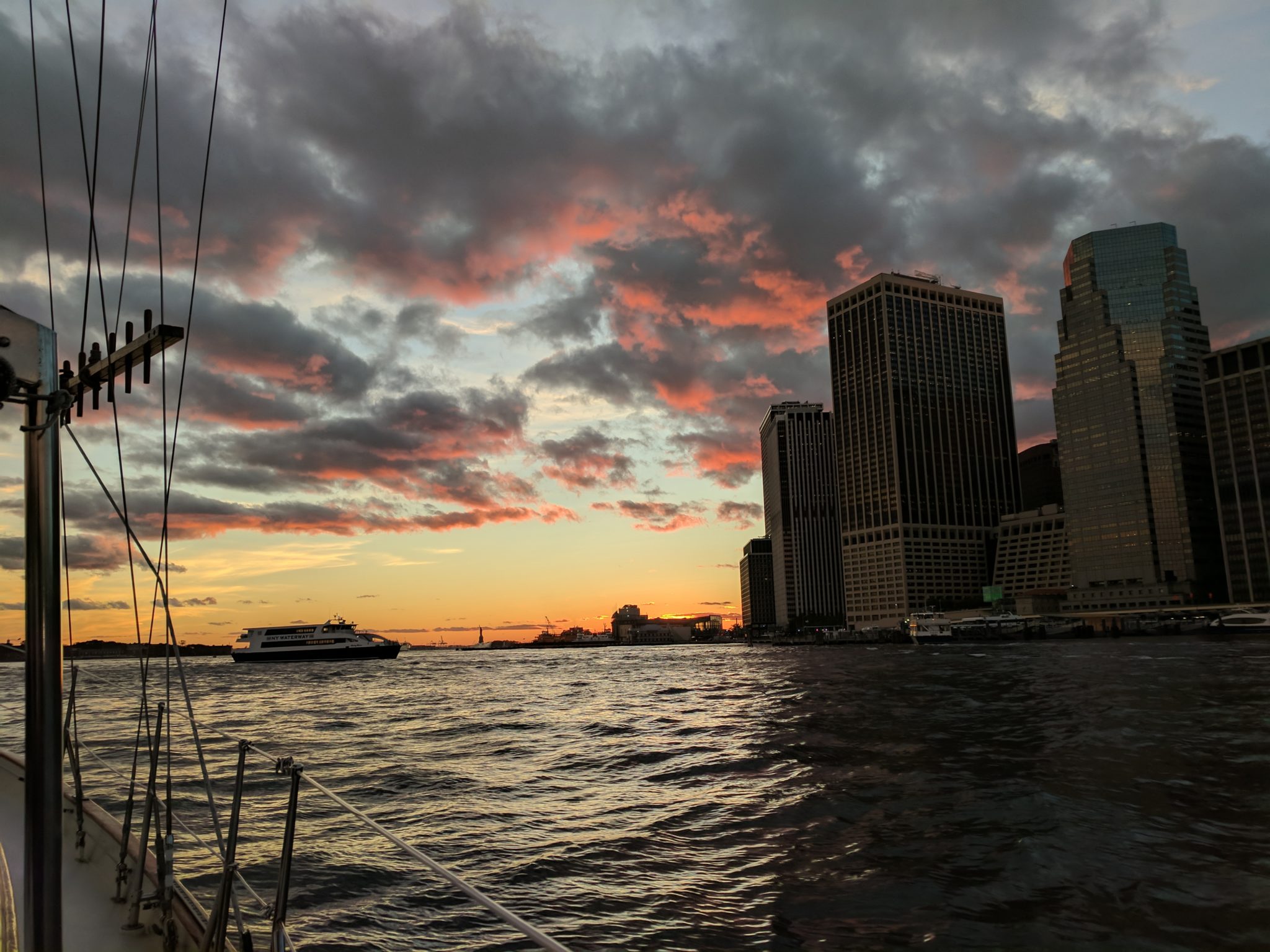 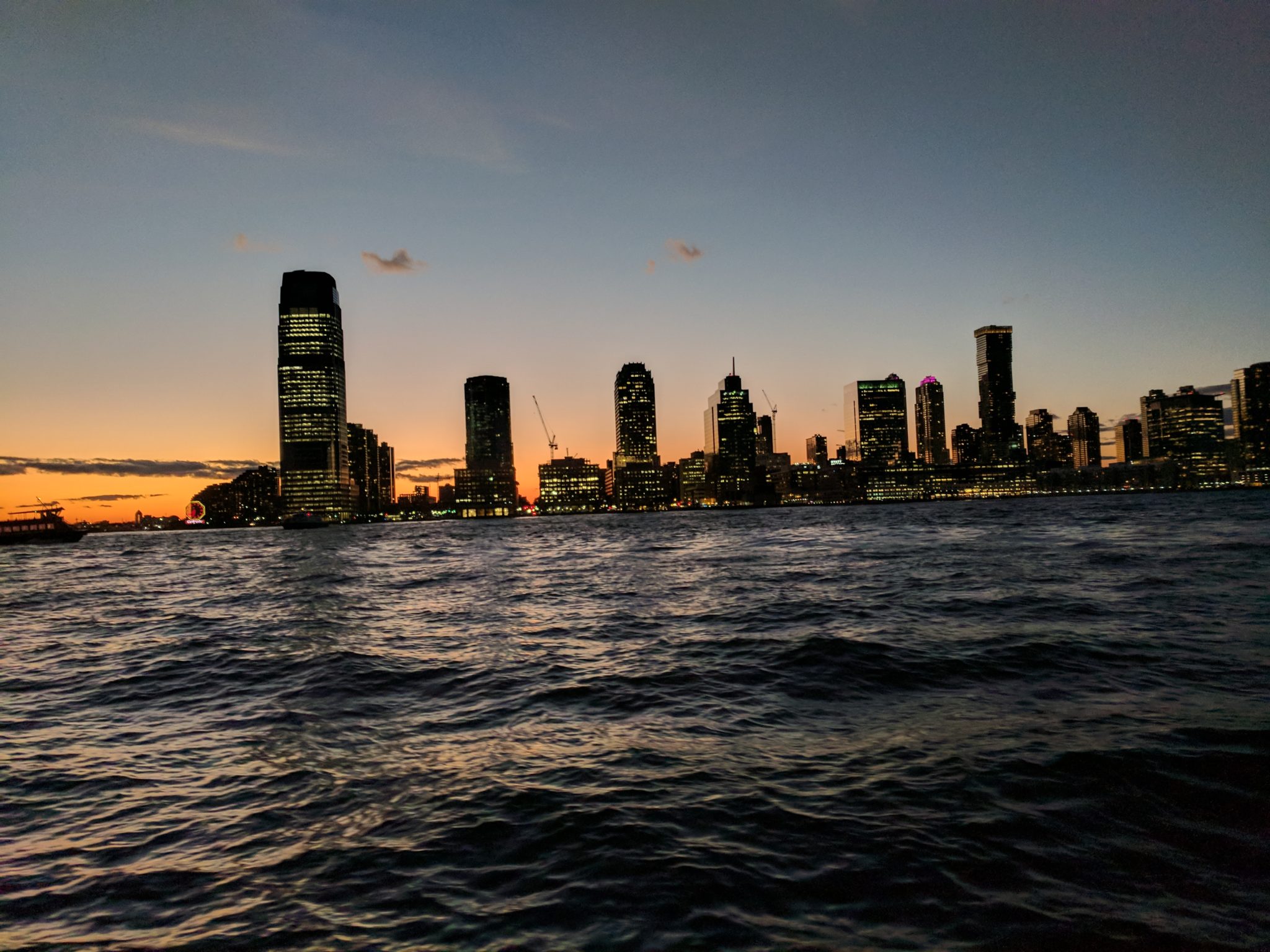 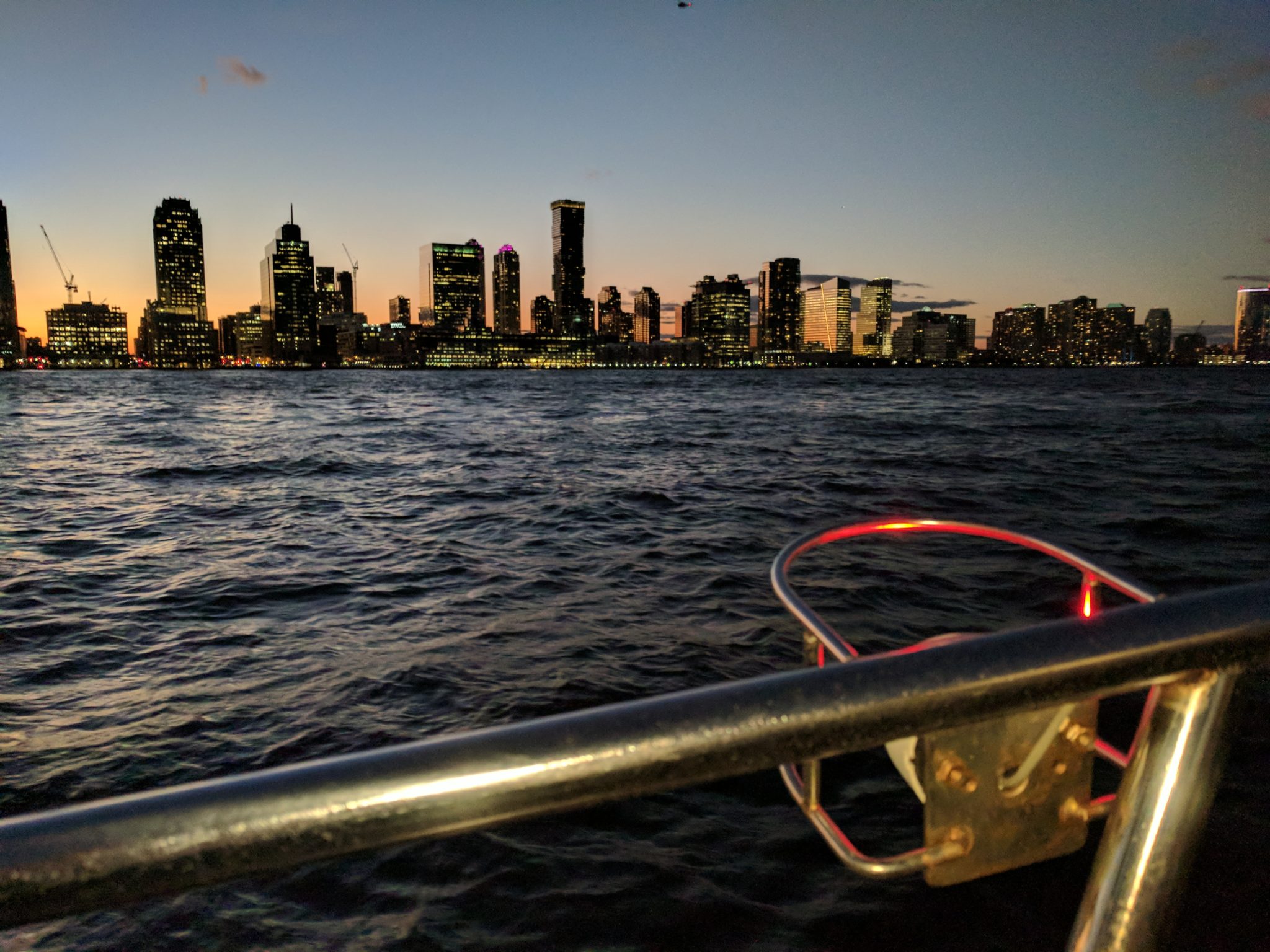 It was night and cold as we chugged back up along the lights of the West Side Highway to Genesis’ berth. We took a group shot beside the strange pokking sound of 30 people practicing their tee shots, driving buckets of balls out into a big net jutting into the Hudson. Love New York. 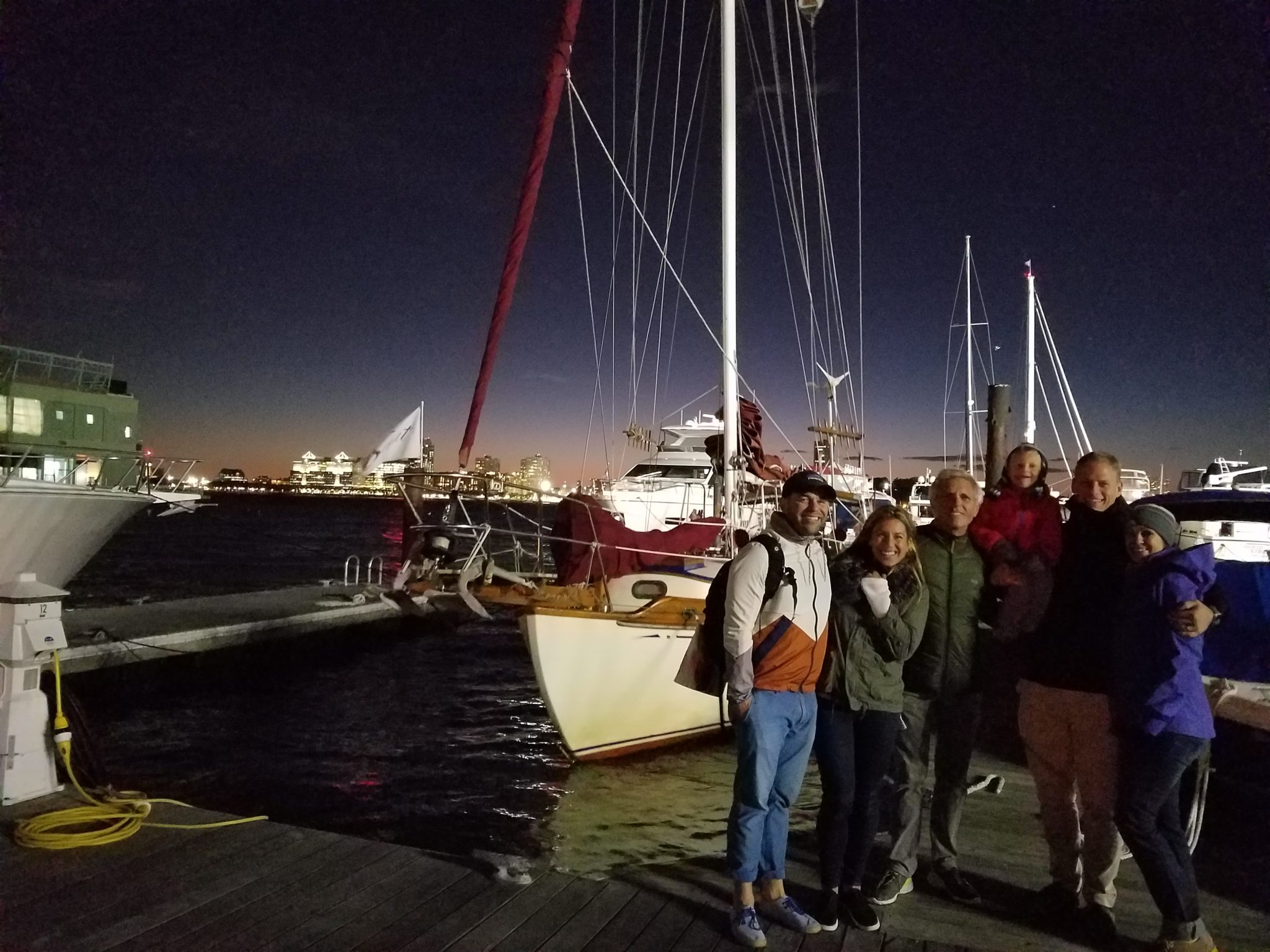