It’s difficult for an East Coaster to find ‘island time’. I got here a few days early ahead of my pair of Hawaiian classes, They’re bracketed this year by our two sets of dissection classes, and the absolute focus required in the lab – two cohorts of Japanese, well-meaning and well disciplined, but still, people with sharp objects in their hand who don’t understand a word you say – I’ve been trying to loosen and stretch into the opposite feeling for these few days.

Yeah, man, Aloha – but in a contradictory way, my Hawaiian friends and busy Honolulu conspire to keep them off island time, and thus I am swept away into busy-land. Why should I expect differently? – even rural Maine overflows with emails and cell phones.

After a full day stick at home yesterday, today I insisted – like an east coaster – on nature not traffic, and was soon rewarded with a muddy trail up through a jungle of huge ferns from Jurassic Park, trees from Rudyard Kipling, and a solid wall of waxy greens up to the turrets of lava high above our ax-chop valley. 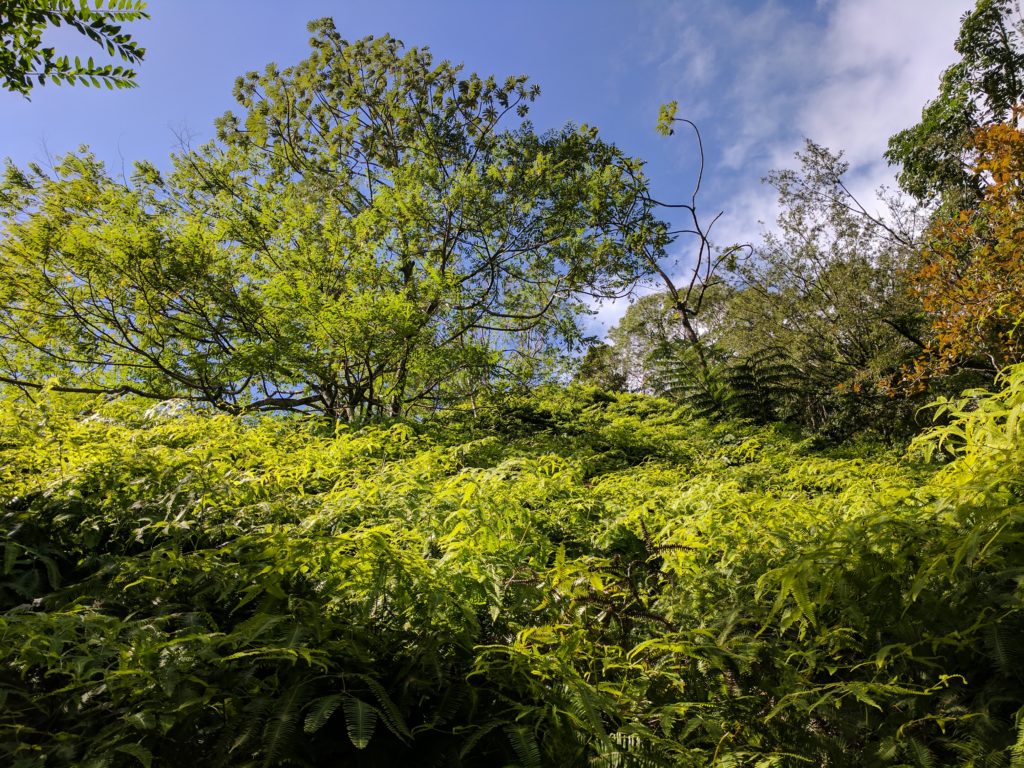 Trevor and Rich were much more fit than I, but kindly slowed themselves to my pace as the trail steepened, and we met and then climbed above the smaller waterfalls. The silence was shattered by a chopper thumping up the valley to hover ahead of us.

It was Rescue – someone had slipped off the top of the real waterfall we were heading for, and though he landed in the water. By the time we had reached the last pitch, the chopper lifted and hovered over us like some pterosaur in this ancient jungle, swooping back down the valley with the injured man winched up into its belly.

Extra EMT’s hurried down past us, incongruous in their blue suits and cackling radios, but by the time we ascended the falls, there wasn’t a soul or even the hint of a leftover there – did it really happen? – and we had it to ourselves. 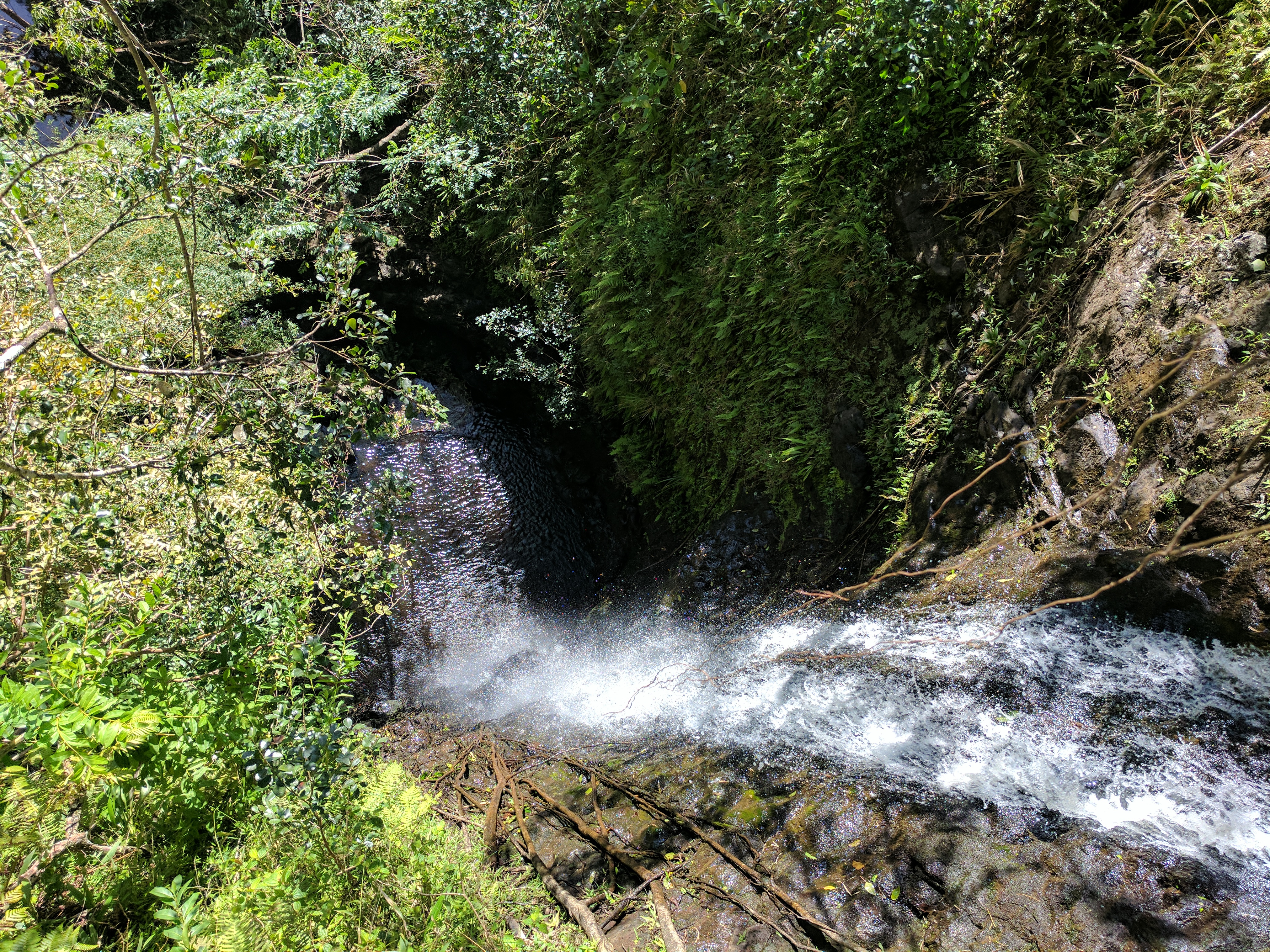 Looking down from the top it is difficult to see how anyone could survive the fall,

We sat in the full of the falls, the fluid pressure buoying us up, the ionising spray that only a waterfall provides, and stretched in the sun. Instructed by Trevor, I wrapped a lava rock in a ti leaf and stashed it inside a nook beneath the waterfall with a prayer to Aina, the goddess of the land – for the fallen man, and for us Fallen Men and our destruction of Her land. 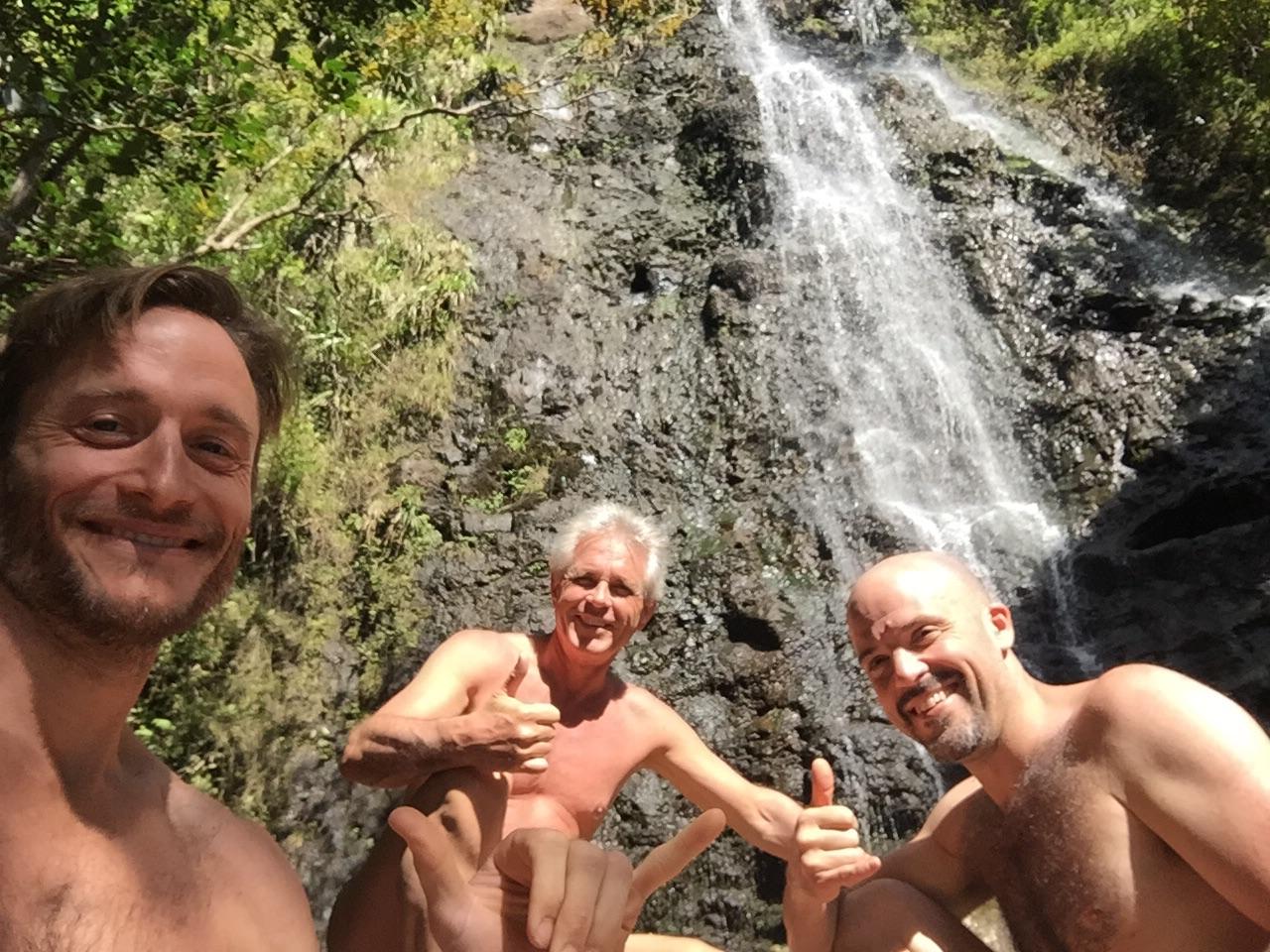 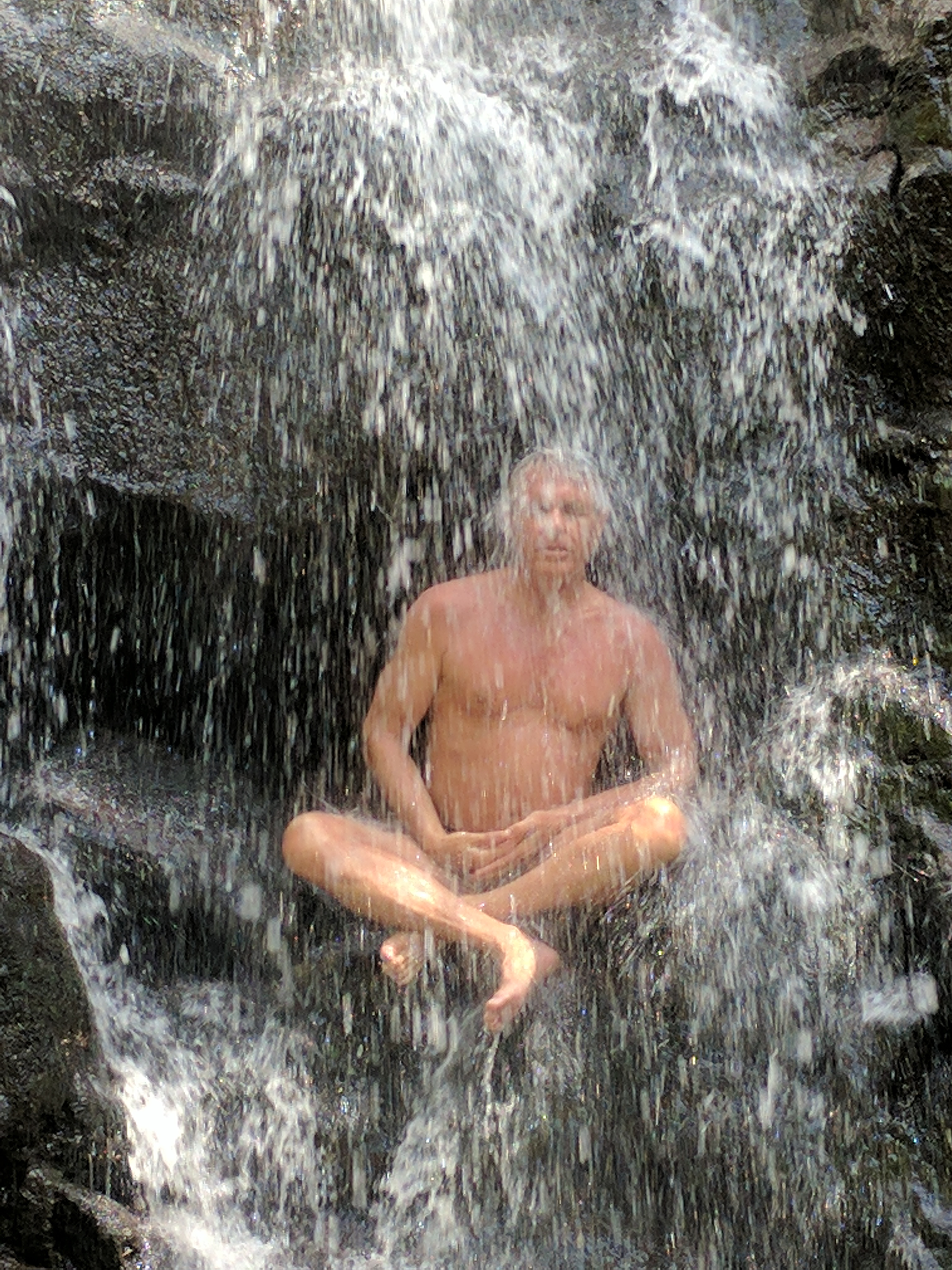 It’s good to pay homage to the local deities when one knows the form, and I have particular affinity for the original culture that runs from the Pacific Northwest where I just was to here to Samoa where I’ve never been, to the Maori in New Zealand, where I’ll be shortly – what watermen all these related peoples are! (See the next post).