The Asian teaching is all done. Ten days straight in China, which were admittedly grueling to live through but culturally fascinating to observe, and then six straight days in Japan, which were easier to handle but crazy busy as usual. The marathon was the result of a change in schedule that squished everything together – I survived and I got this 2 days off at the end as a reward.

I had asked for a bit of ‘old Japan’, so Travis and Kaori, our organizers in Tokyo, rode north with me this morning from Nagoya.  It was a muscular little train from the flat river in the seaside town, which soon changed colour and gained urgency as we chugged upward beside its rushing channel.  We crossed over it from time to time, and I swung from port to starboard to keep the rapids in view. 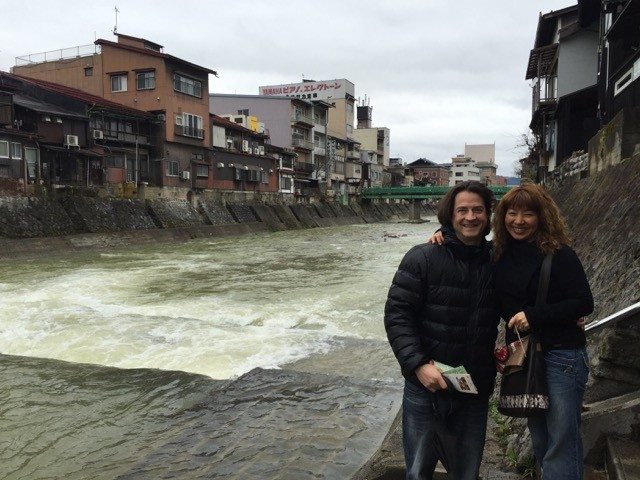 While we were in Nagoya, the cherry blossoms were just ending, and the rain and wind coated the streets underfoot with pink.  But as the train labored uphill the season passed in reverse, with the full bloom glory around us about halfway up. But then the forsythia and then the daffodils, and by the time we got out in mountainous, low-ceilinged Takayama, it wasn’t even snowdrops, it was snow on the ground. 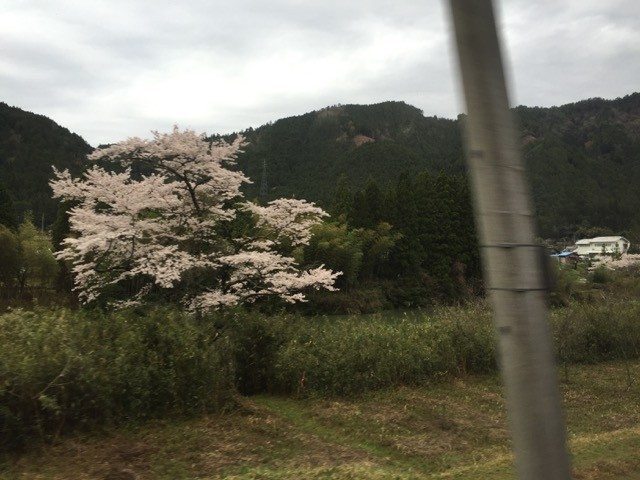 None of us had dressed for this, but fortunately Yuki and Masa (the Nagoya organizers) followed us up by car and they brought extra coats.  Their little Ana, just 18 months, cute as a bug, followed us around the old Edo-period village (think Memoirs of a Geisha), which was really just a tourist shopping area for trinkets and up-market sake and craft shops, but done in Japanese-style, which is to say: with taste, restraint, and constant attention to the comfort of the other – in this case, the customer. 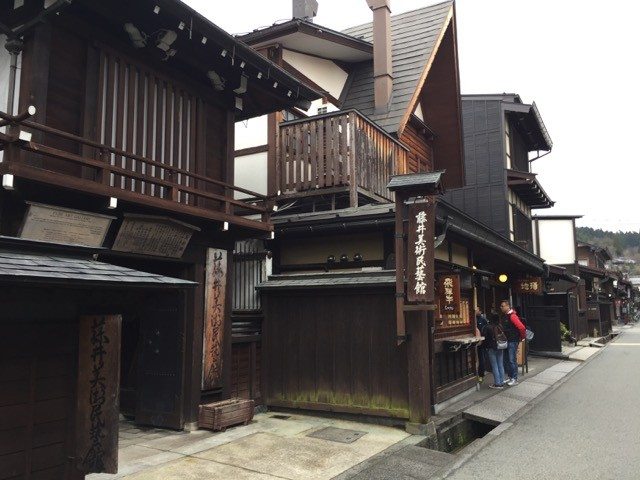 No getting around the cold and wind, though, so we took a quick and frozen tour of the preserved village houses from even earlier, and then repaired to the hotel – a wonderful countryside tatami mat, no shoes, low to the floor affair – to stand under the tiny but thankfully hot stream of water.  I can feel my hands again.  Good practice for going back to Maine I guess.

Yes, children, that’s snow next to the shed: 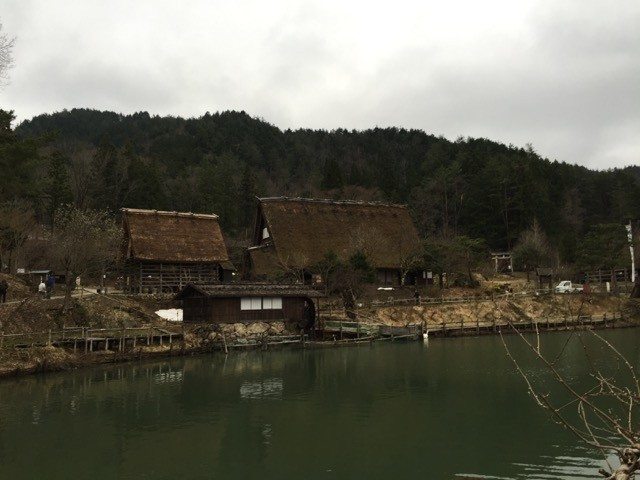 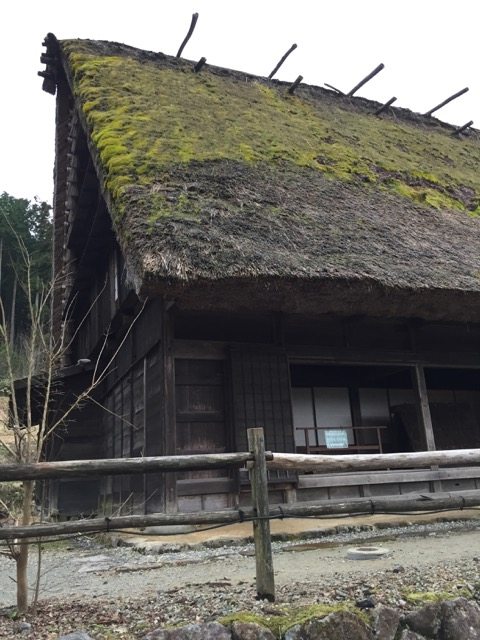