It’s a truism where I come from that if you spot the moon and want to know whether it is waxing or waning, just draw a line along the flat side. If it makes a small ‘p’, it’s ‘progressing’ (waxing), and if a line along the flat side makes a ‘d’, it’s ‘decreasing’ (waning). That doesn’t apply Down Under, the opposite works under the Southern Cross – when it makes a p it’s getting smaller, and when it makes a d it’s getting bigger. I’ve been watching the moon from my hotel balcony each night lighting a trail down the water; it’s gone from ‘d’ to full and now to ‘p’.

The Aussies are a great bunch – brash and assertive while at the same time being humorously self-effacing. They are generally humble about their talents, but have a low tolerance for bullshit, and will call it as they see it.  They have (with a couple of exceptions) been great about my stories, random asides, and tangential rants during the courses, but take me down a peg with no hesitation, scoring (I keep count) three strong goals at my expense, to general laughter including my own.

Asian audiences (generalizing, of course, please don’t take this amiss) tend to stay impassive during my lectures (and then rush in to ask questions afterwards). Americans are mealy-mouthed to try to stay on your good side. The English often one-up you with catty comments. Europeans directly challenge you to see what you’re made of.  But the Australians poke you a few times to check your sense of humor, and then come along for the ride. It’s refreshing.

And the stereotype is true: they do love a good barbie, which is not an anatomically impossible fashion doll, but what we call a grill. Even the lowest income Australian must have a large and fancy barbie, and the beachside parks have camping grills for public use in case of an emergency need for a quick barbie.

I am losing hearing in the upper ranges in my right ear (too many rock concerts in my youth?), and the accent takes a bit of getting used to. If you want something like a latté, you order a ‘flat white’, but it is pronounced closer to ‘flet woit’. On the other hand, a Great Woit might produce a ‘shahk atteck’.

A pick-up is a ‘ute’ (utility vehicle, makes sense).  While a truck is a ‘lorry’ in England, and ‘fell off the back of a lorry’ means ‘stolen’, the equivalent phrase here is ‘fell off the back of a truck’.  Goes to show how Oz is halfway between UK and USA. The queen is still on the paper money (which is actually plastic nowadays so it will survive a trip to the beach) but the classlessness (in both senses, apologies to both countries) is more American, and the accent all Australian – er, Ostroian. 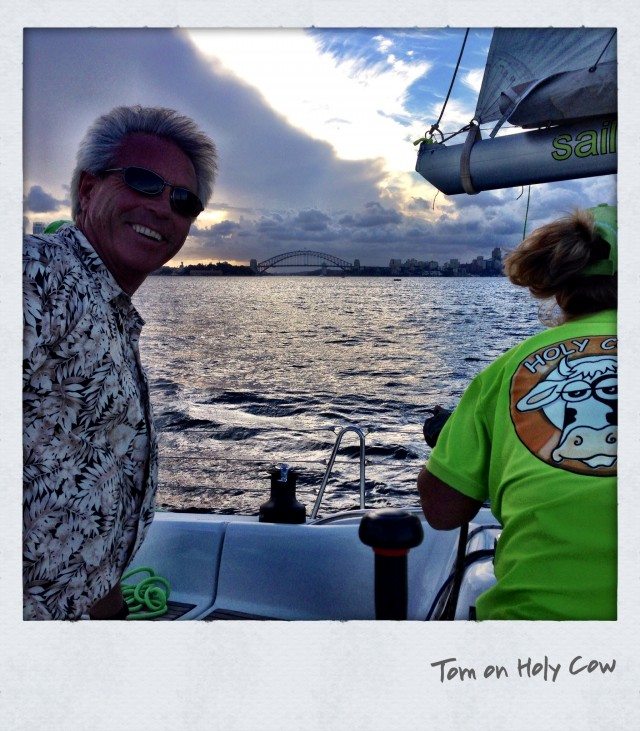