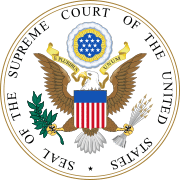 The one-two punch of de-fanging the Voting Rights Act (how well I remember the satisfaction of us civil rights marchers at its passage) coupled with the toppling of the Defense of Marriage Act (DOMA) has me seeing stars.

The formula of the voting rights act – certain states had to have any proposed changes federally reviewed for possible prejudicial effects – was always to be a temporary expedient, designed to be lifted at some future date when all attempts to create restrictions on voting could be treated equally. Like affirmative action, it is a recognition of a therapeutic process taking place in our democracy, and despite some grumbling – it was ever thus – the VRA has acted as an umbrella for easily disenfranchised voters, mostly African-Americans in southern states.

It is easy to say, “Well, no one’s getting wet, so throw away the umbrella.” But if it’s still raining… The number of recent cases of attempted voter fraud reviewed under this act shows that it was premature to throw away the umbrella – the Texas legislature went too work on restricting voting the very day the decision came down.

The court was well within its rights to say,”Redraw the map”, but not, IMHO, to scrap the map altogether, however distasteful it has been to the good people of those states. There are increasing attempts to limit voting in a number of states on all points of the compass, and these should all be pursued equally if we are to live out the dreams of the Founding Father for a vibrant democracy.

It is a fond but feeble hope that Congress will act to re-establish the teeth in the VRA, and like Citizen’s United, the court seems to act in a naive vacuum that is, I suppose, the natural atmosphere for such conservative institutions as the Supreme Court and House of Lords, but leave’s you wondering what they are smoking.

The overturning of DOMA and Prop 8 were ultimately inevitable – the legal arguments are just too strong – but I find it interesting that the very first political cause I ever espoused back in 1963 – civil rights for our black population – just got dealt a substantial blow in 2013. The very last civil rights battle I accepted – sexual orientation, LGBT, which I dismissed as ‘yucky’ until 1975 – has so quickly become the law of the land.

It is patently ridiculous to today’s youth to deny rights to a dedicated couple just because they happen to share plumbing. While I can readily understand the nostalgia for the 50’s when we could all pretend homosexuality was deviant and barely existed anyway, the current more tolerant attitude has spread like wildfire and yesterday got a round of applause from the powers that be. Even Scalia can see the writing on the wall, and it is clear: However much we decimate the middle class, cede our power to corporations, sully the planet with our leavings, or tax the planet’s resilience, we are marching – halting, stepping forward and sideways – toward full equality for all our people.

Now, how about the animals?