Tom Myers’ commentary on this study:

Excerpt from the study: “What we found is that when we cross-linked the fibers (connecting them at intersections) and increased the difference in the stiffness in the two directions, but kept all the other factors the same, the cells aligned better. This is evidence that a directional difference in mechanical resistance of the fiber network influences cell orientation and movement.”

What the scientists call ‘Cell contact guidance’ is what we would call ’the cells crawl through the fascia’. Cell biomechanics is now a fully-fledged biological discipline, and it is where a lot of the hot findings are these days. This study follows that line to show that cell migration depends on the stiffness of the fascial matrix. We already knew that cell migration followed the fiber directions in the matrix, but this adds fiber stiffness to the equation. Hmmm – the very thing we work with in tissue.

Future studies will focus on the porosity and the adhesive properties and whether those aspects also alter cell migration. More – and an important ‘more’ for the development of Spatial Medicine – is yet to be learned about fascia that will cause a revolution in therapy and training.

In this case, the research is directed at the cell migration in cancer, as was Neil Thiese’s groundbreaking realization of the ‘Interstitium’. Cell migration is tremendously important in embryological development, when sheets and strings of cells are racing around each other trying to get the baby built on time. It is also operative on overtime around wound healing – bone and skin knitting. Similar processes attend the resolution of inflammation.

The study of cell migration, however, is just as important for positive health – spatial hygiene – as it is for chasing down cancer. But it is the metastasis of cancer that is getting the research money right now: What role fascia and the glycoprotein matrix plays in the spreading (or retarding the spread) of pernicious cells to other areas? 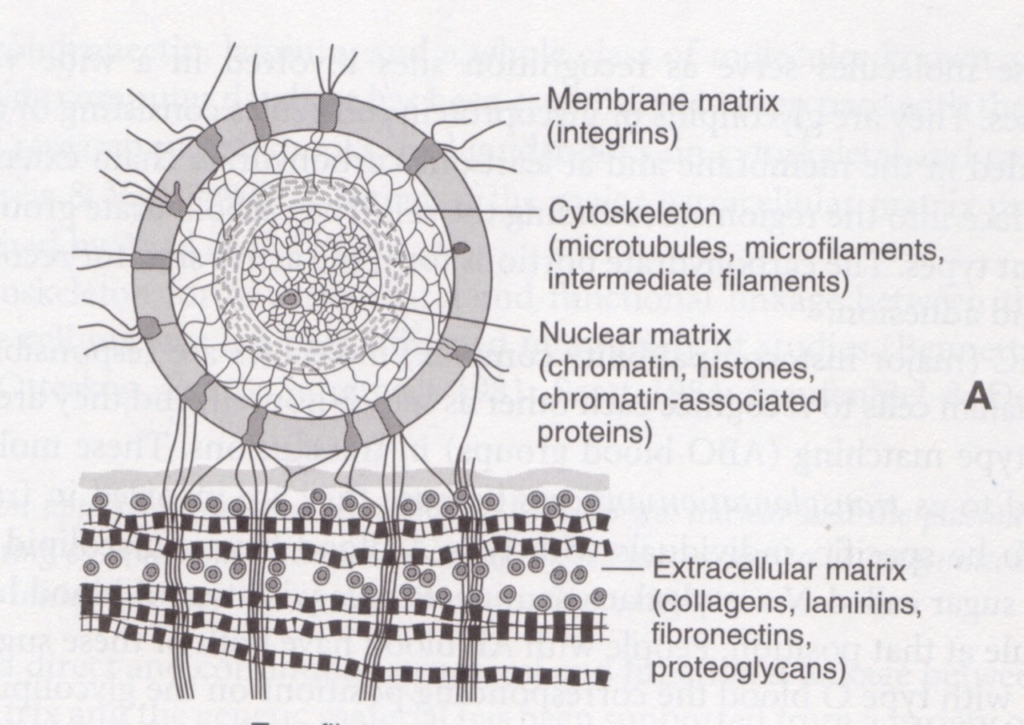 It is up to us to extrapolate from these studies into our own work, since hard ‘evidence’ of these effects from bodywork or movement training, however attractive intuitively, is so far lacking The answer when it comes, will likely be a complex of spatial resistances or avenues from the fascia as described here, coupled with enzyme and hormonal pathways to be able to explain the diffusion or lack of it.

Begun by Donald Ingber back in the ’80s, the mechanics of cell stasis, internal structure, and movement has gradually gained ground, as the scientific establishment slowly took on the ’spatial’ idea, at least on the micro-level: 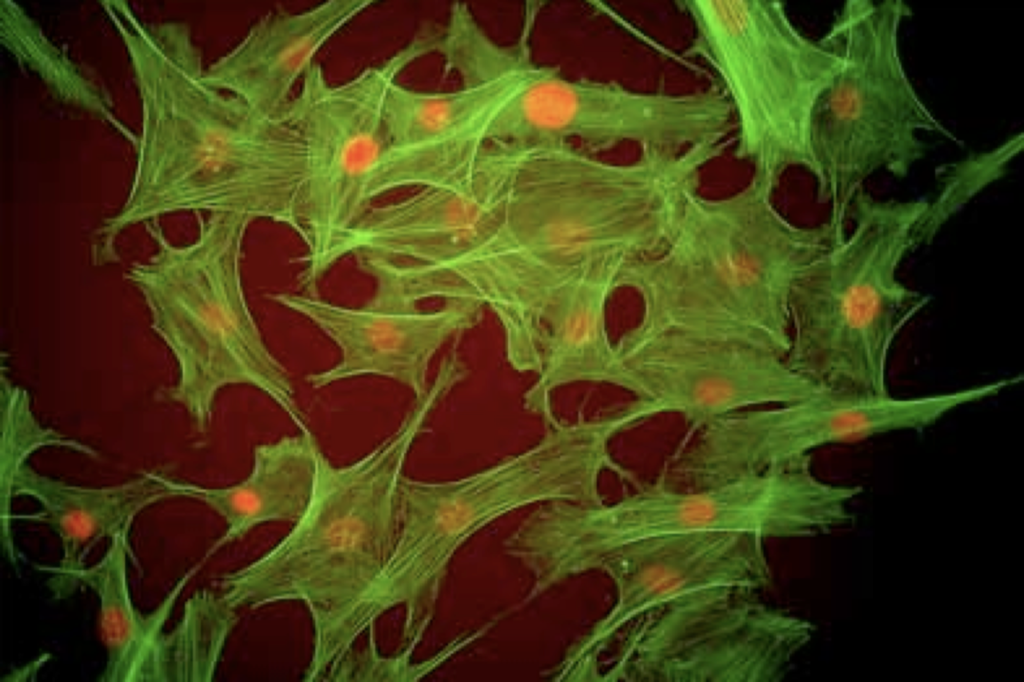 We all know the ligands that span the cell membrane to mediate chemical cascades (that Candace Pert elucidated and was of great use to the drug companies, leading, for instance to SSRI drugs),

What we now know is that in addition there is a whole ‘cytoskeleton’ governing movement within the cell and any movement of the cell through its environment, and that this tension/compression network inside the cell is connected by another set of ligands – mechanical ligands like the integrins (and by now a few hundred others) which are used to hold a cell steady in the fascial matrix. Or they can pull in their horns and let the cell roll according to the fiber direction, osmotic pressure, chemical gradients, or the cell’s long-held desire or urgent need to be elsewhere.

(Almost) all of our cells are hooked into this matrix. Even those who migrate through the body regularly are linked to the viscous ground substance. We see here ever more clearly how the fascial system works to maintain social order in the body, literally providing ‘cohesion’. Given that we bodyworkers are working to bring order, ease, and coherence into our client’s fascial ‘antennae’ seems a prescient way of showing the power of ’Spatial Medicine’ over time.

Structural Integration as part of a cancer prevention program? Not to be arrogant in any way, but the idea comes ever closer.