The Nobel Prize for Medical Physiology was given this year for research that identified both the genetics and thew morphological structure of temperature and pressure reception.

Many have been commenting on this earlier, so I am a little late to the party. (Read Robert Schleip’s post on this here.)

In addition to the obvious – we’re understanding more about both the mechanics and genetics of touch perception – I would like to point out two aspects of this discovery.

First, this points to the variety and range in touch perception that we may inherit, not just learn. Although these mutations result in disease if they are too severe, we can imagine – as the variability is little understood so far – that the differences in touch perception might be genetically controlled, in the same way that colour perception or sound perception can vary from individual to individual. In other words, your client who simply cannot be made to feel subtle differences in their posture or movement after treatment may be genetically incapable of feeling it, not just ’numb’ (or sensori-motor amnesia-ed) about it.

These genetic differences – which affect both proprioceptive and interoceptive sensory endings – may result in some physiological weaknesses around breathing, ataxia, contractures, and idiopathic scolioses. Be kind to your ’numb’ clients.

Second is the wonderful shape of the receptors themselves. As you can see from the illustrations, the core ion channel is at the middle of three molecular ‘blades’ that arc out from the center 120 degrees from each other (1). 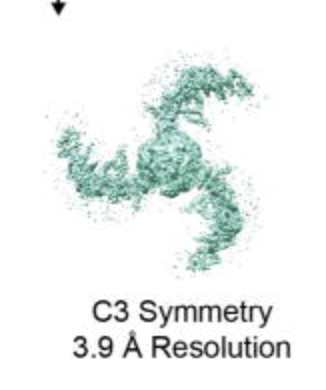 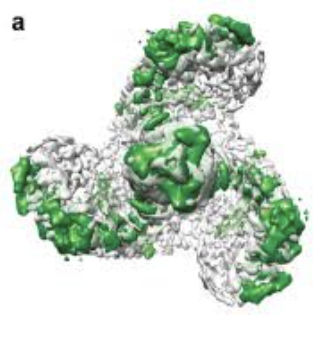 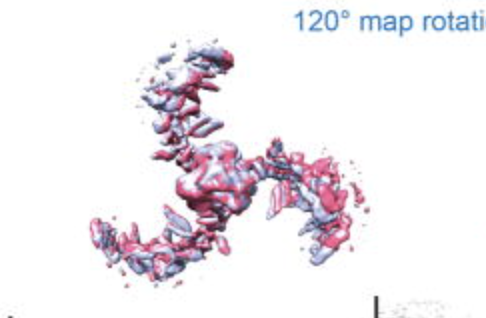 But it is not flat like some deadly ninja star – the blades arc up as well as out, creating a little bowl or upside down dome – see the illustration (2). 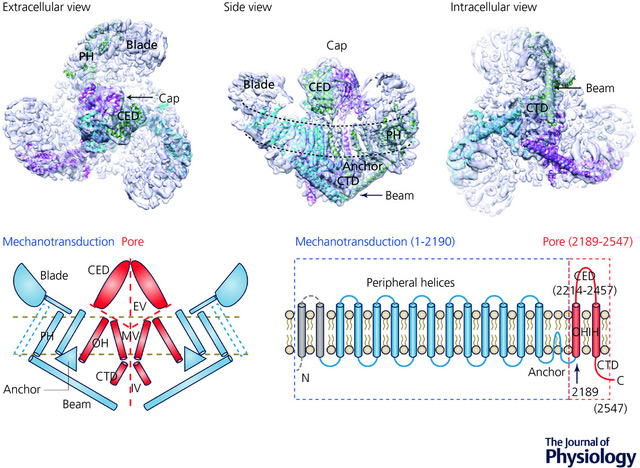 Structurally this looks very much like a tensegrity tetrahedron – the same basic structure as your hand or foot, your primary touching surfaces. It’s strange and wonderful how the molecular mechanism of touch so resembles the macro. To see it three dimensions – with the proviso that this is my layman’s explanation, I’m no chemist – watch the little video: