Read on for Tom’s thoughts on this recent story, published in Newsweek: ORGAN DONOR HAD KIDNEY WITH FIVE RENAL ARTERIES IN RARE MEDICAL ANOMALY.

They were preparing this kidney for transplant when they noticed it had 5 – count ‘em, five – renal arteries. This is an example of the kind of anomaly we find often when we are doing dissection – the ‘book’ says this, but what we see is individualised, different. One of the great aspects of the dissection courses we run is that although you work on cadaver for the duration of the class, we make sure that you see the anomalies, the individualities, in each of the eight donors in the class.

One common one you may have heard of is that the sciatic nerve passes in front of the piriformis in about 70% of people, goes behind the piriformis in 20%, and through the piriformis in 10%. It’s another post to talk about how this happens, but it isn’t caused by history or habit, it is set in place in the womb.

This particular kind of genetic anomaly represents a holdover from earlier stages of development. Most kidneys have multiple mesophrenic arteries that form in utero, but in most of us all of them but one or two lose their circulation later in foetal development, leaving those one or two as our primary kidney arteries. This is not uncommon – did you know you started out with two aortas (aortae?), but the right one fades early in development, leaving you with just one major tube – but it’s on the left.

Likewise, we all had skin between our fingers and toes early in the womb, but that skin disappears and is absorbed back into the body – except in those who don’t re-absorb it, and they are born with webbed fingers or toes – usually corrected surgically very quickly these days.

This particular kidney donor retained the mesophrenic arteries, so there was an unusual total of five. But it wasn’t a freak extra growth, it was a failure of the genetic command to fade back and disappear. We think we’re assembled whole out of parts, like a car or computer, but the process of building a human being is full of twists and turns, structures built and then allowed to fade back into ligaments (in the case of these arteries) or disappear altogether (like the skin between your fingers). 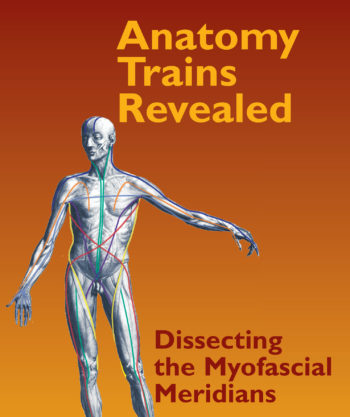