I was organising my library (finally) when these pictures fell out of my old Rolfing book. I haven’t seen them since the 1980’s, I think. These are the Polaroid pictures we used to take back in Ida Rolf’s day, 4 views before and after the Rolfing (Structural Integration) sessions. 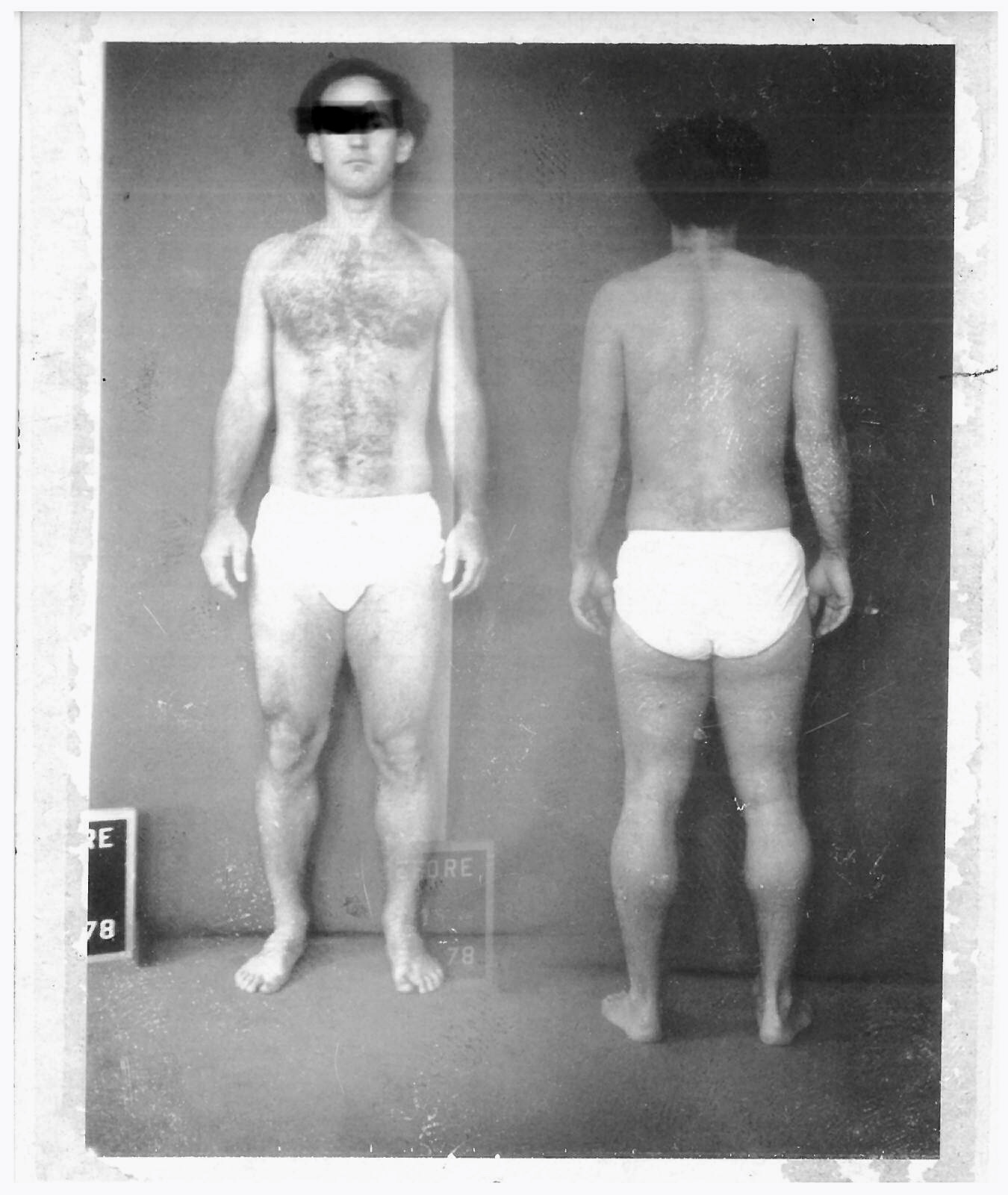 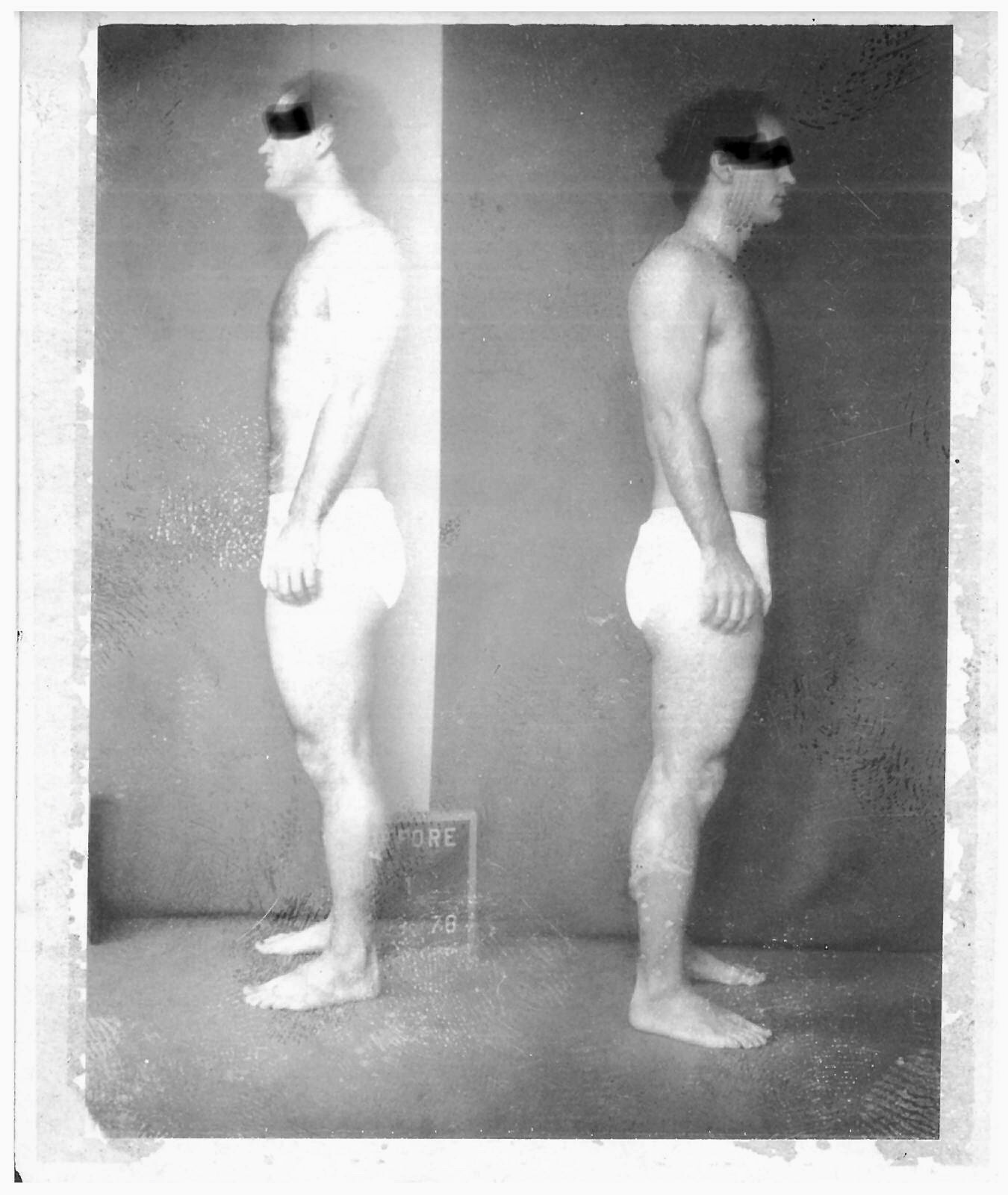 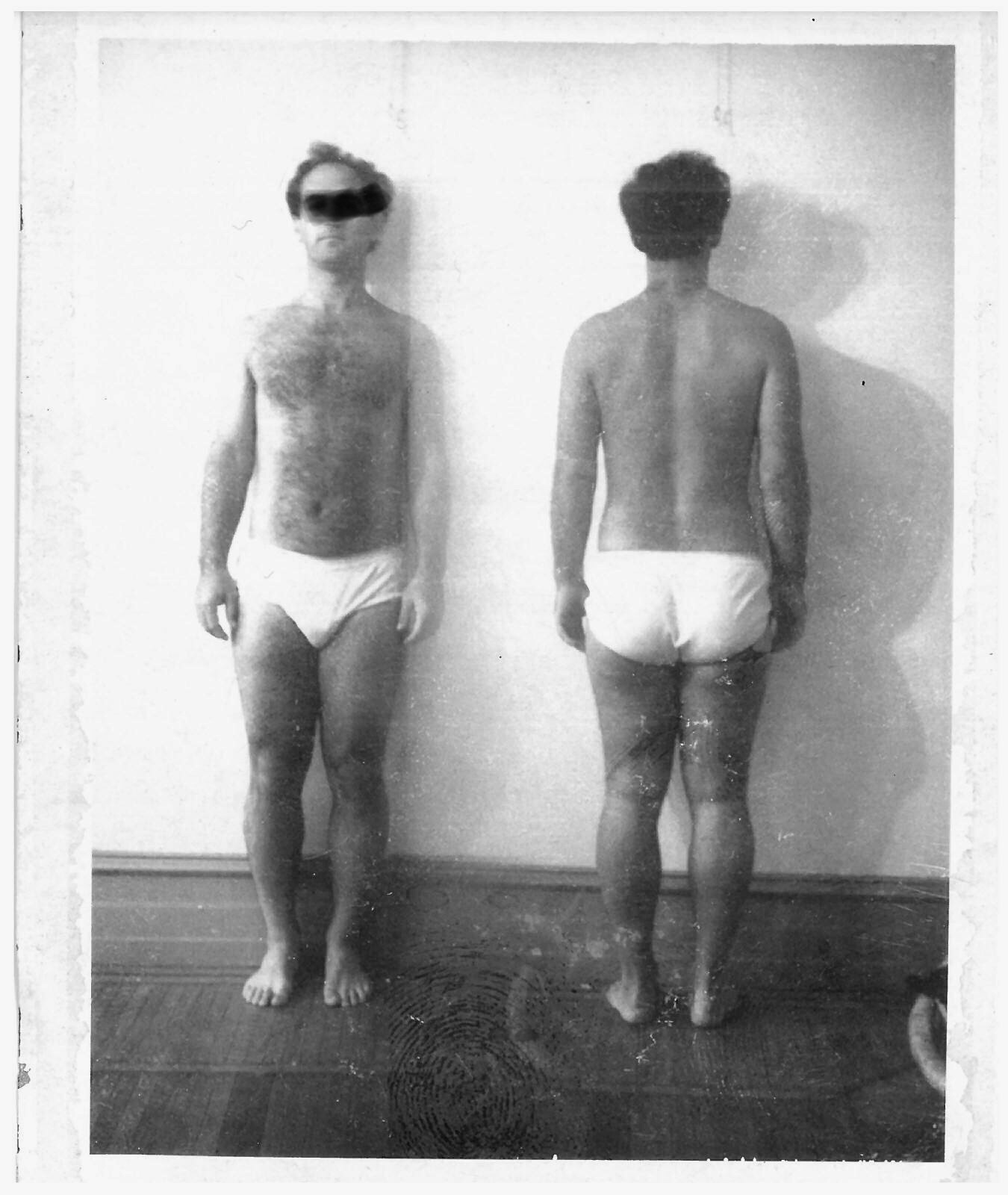 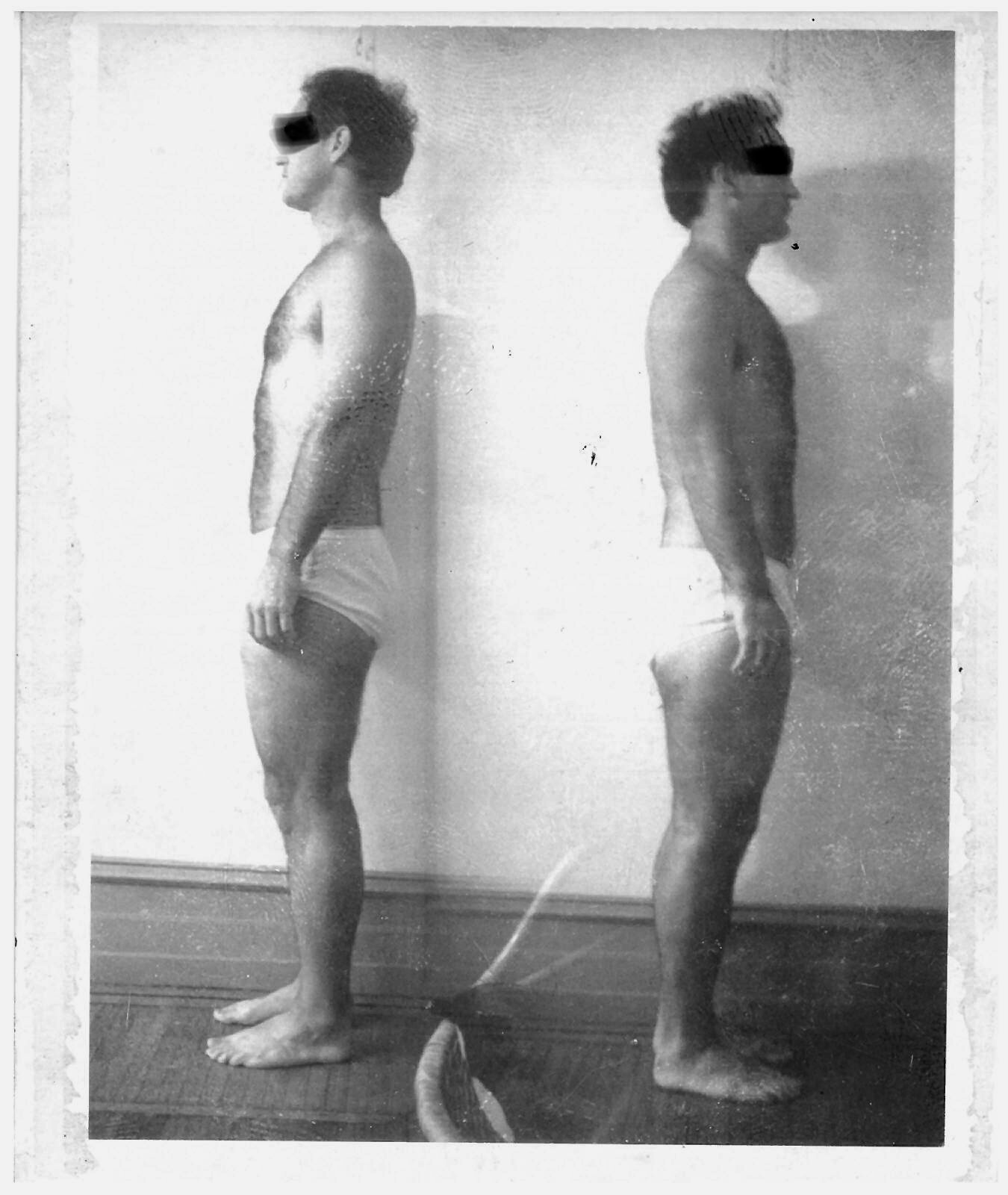 These pictures were taken in Philadelphia in 1978 during my advanced class, which turned out to be the last class Ida Rolf taught. I see the sign we used in class in the Before pictures, meaning I must have started this guy in the classroom, but I took the After pictures in the apartment I rented to live in while studying so I finished him up outside of class.

He was a manager in the regional IBM office, a runner as I remember, and an ambitious, almost pugnacious guy.

Look at how far his spine is pushed forward into his body – or you could as well say that both his appendages are retracted back on his spine. Either way you look at it, in the After pictures his axial and appendicular skeletons have a much less strained, more harmonious relationship, allowing him to balance much more easily around his core. I was not mad about those results, which is probably why I tucked the pictures away into Ida Rolf’s book, the one she signed for me, dusty and untouched for a couple of decades.

When I laid out the pictures like this, I remembered the story: I ran into him about a year later, at a Landmark Forum event in New York City, and I asked him, “What was the the biggest effect of our work together?”, expecting to hear something about his running.

“Without doubt, my relationship with my employees,” he said.

It is stories like these – so many of them over the years since then – that fuel my passion for what can be done with ’Spatial Medicine’. Sculpting the body away from holding patterns toward an easy upright alignment affects all the body systems from their cellular expression all the way to organismic communication and psychology.