Home / Anatomy Trains Blog / News / The Microbiome and the Brain

Read Tom Myers’ commentary on the recent New York Times article, The Germs in Your Gut Are Talking to Your Brain. Scientists Want to Know What They’re Saying.

“When the researchers investigated the microbiomes of these mice, they found the animals lacked a common species called Lactobacillus reuteri. When they added a strain of that bacteria to the diet, the animals became social again.

Dr. Costa-Mattioli found evidence that L. reuteri releases compounds that send a signal to nerve endings in the intestines. The vagus nerve sends these signals from the gut to the brain, where they alter production of a hormone called oxytocin that promotes social bonds.

Other microbial species also send signals along the vagus nerve, it turns out. Still others communicate with the brain via the bloodstream.” 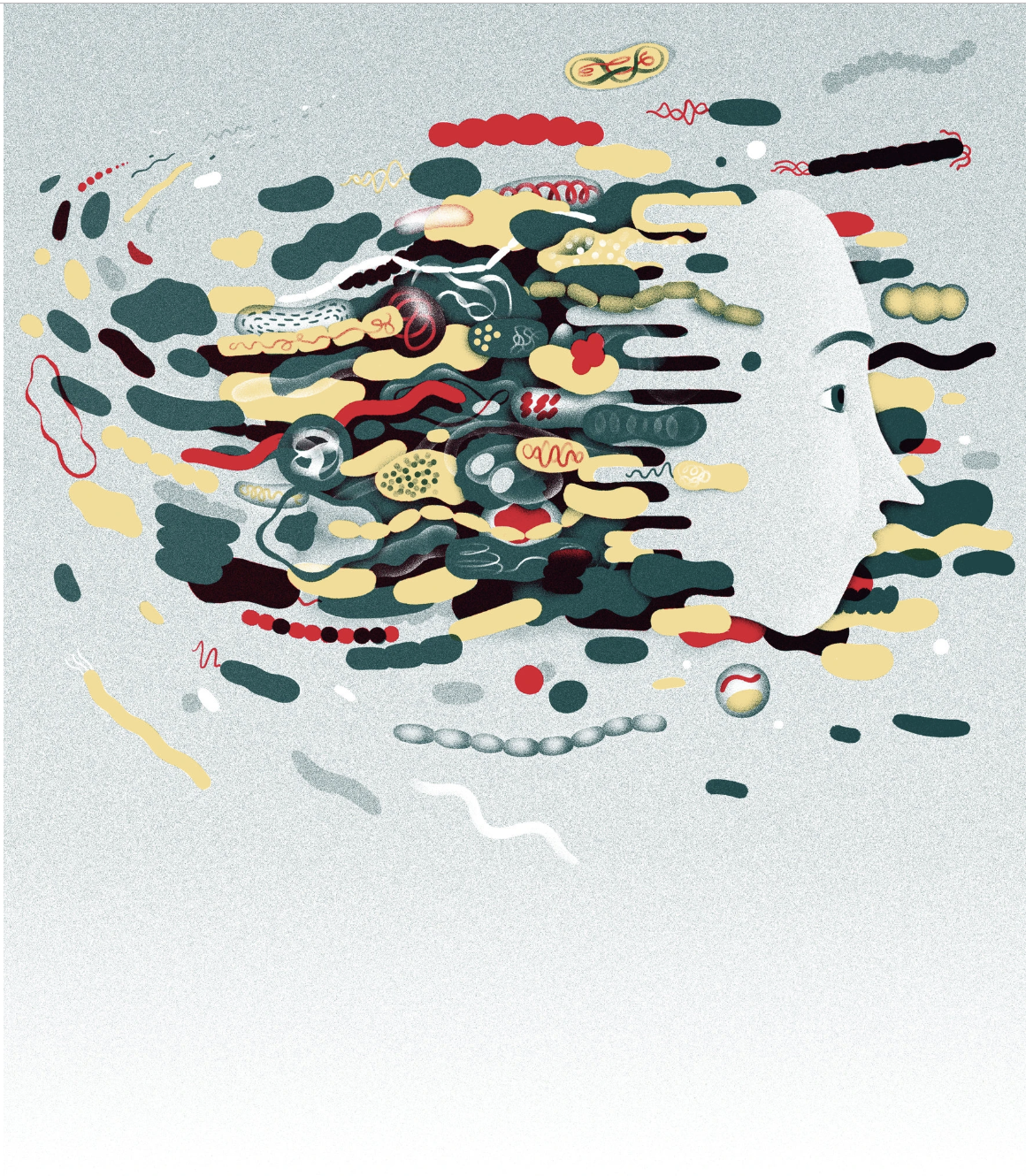 I’ve been trying to sell the somewhat outrageous view that what we normally speak of as the 10th cranial nerve – the vagus coming down from the brain to the gut and organs – is actually the exact opposite.

In this view the vagus is an electrochemical ambassador from the gut (and the gut brain) to its more modern outgrowth – the large plexus we call the brain and it calls its recalcitrant little brother. The gut is a bit exasperated with its precocious creation. “I said get me better food and better sex!” says the gut to the brain, “And you make it all complicated with cars and smart phones and stressing out about careers?”

Now we are seeing that the gut itself is responding dynamically to its internal environment, as expressed by the microbiome and the chemistry it puts out, so our brains can be affected by our diets, big time.

I did not credit this until my own bi-polar tendencies were evened out by making my own kefir culture and having a couple of ounces a day. The effect was so striking it couldn’t be ignored.

So my natural skepticism on fecal implants has gone down, because I have seen for myself how changing the gut bacteria can change the gut itself can change the feeling brain.

The illusion that we are separate animals, running of our own free will? Not getting much support from science these days. I guess we’d best admit that we are intimately connected to all the environment around us, the ’tank’ us fish live in. When you take this in, do you feel it relieves you of guilt, or robs you of responsibility?

Neither – whether you’re ’social’ or not depends on your gut biome and your social support, and, and, and… But it’s helpful to know how we are constructed, and who’s running whom.