A follower on Facebook writes in with this question:

I understand from the Anatomy Trains book that fascia has a lot of fluid in it. What I can not figure out is what type of fluid this is, where it coms from and where it is drained out?
I wonder if the fluid in the fascia can be the same as the lymphatic fluid?

Tom replies:
The main fluid in the body is water.I suppose the generic for the whole ‘inner sea’ would be ‘interstitial fluid’, but it flows freely between lymph (when it’s in the lymph vessels), to plasma (when it’s part of blood), to cytosol (when it’s inside a cell) to other specialties like the cerebrospinal-spinal fluid (CSF), ovarian fluid, etc. But a lot of water – the majority – is tied up in the fascia.

The water in the fascia has been divided into ‘bound’ and ‘free’, though this designation is still a little controversial. ‘Free’ would be fluid (again, largely water) just ‘passing through’ the fascia, as interstitial fluid passes by all the cells – to deliver food and pick up the garbage (UK: rubbish). Bound water, though, is very interesting – it is ‘bound’ to the glycosaminoglycans (GAGs – snotty mucous) part of the fascia, which binds water in the same way Jell-o binds water – to fern-like molecules that can bind a lot of water molecules (and affect millions more nearby).

The molecules that hold the water look like ferns (someone else said a toilet brush – how unaesthetic!), and each ‘frond’ dog the GAGs binds water. The controversy is that some assert that all water in the body is bound in some way, that none of it is free, but I still think it’s a useful distinction to make between water passing through, and water bound into the tissue.

Whatever the case in this regard, the water – like the water in the goldfish bowl – needs to be changed frequently. Drinking good water is helpful, but what really squeezes the old water (and impurities and cytokines) out of the fascia is ‘wringing the sponge’ of the tissue, which occurs with stretching, exercises, and upping the core body temperature. 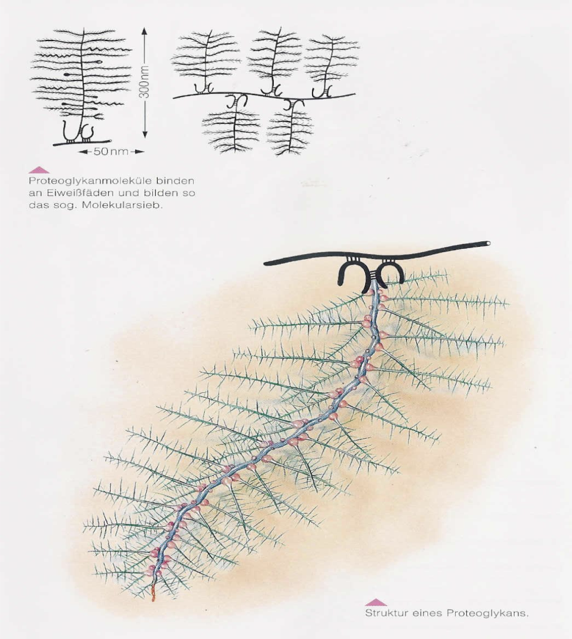 Great answer! What I still can’t figure out is “wringing the sponge” (of fascia)…. Will the fluid indirectly or directly be picked up by the lymphatic capillaries/lymphatic system? Or other ways?

When tissue is squeezed – and it is squeezed through tension or compression, stretching or exercising, both do it – it is like wringing out your dishcloth at the end of the dishes. By wringing it out, you disperse all the dreck in the cloth and let new clean water in. It’s the same with the tissue. A chin-up wrings out certain tissues, a squat wrings out others. Then the waste gets carried toward the liver by the lymph and vascular system, and the blood supplies new fluids to the tissue – whatever tissue it is. 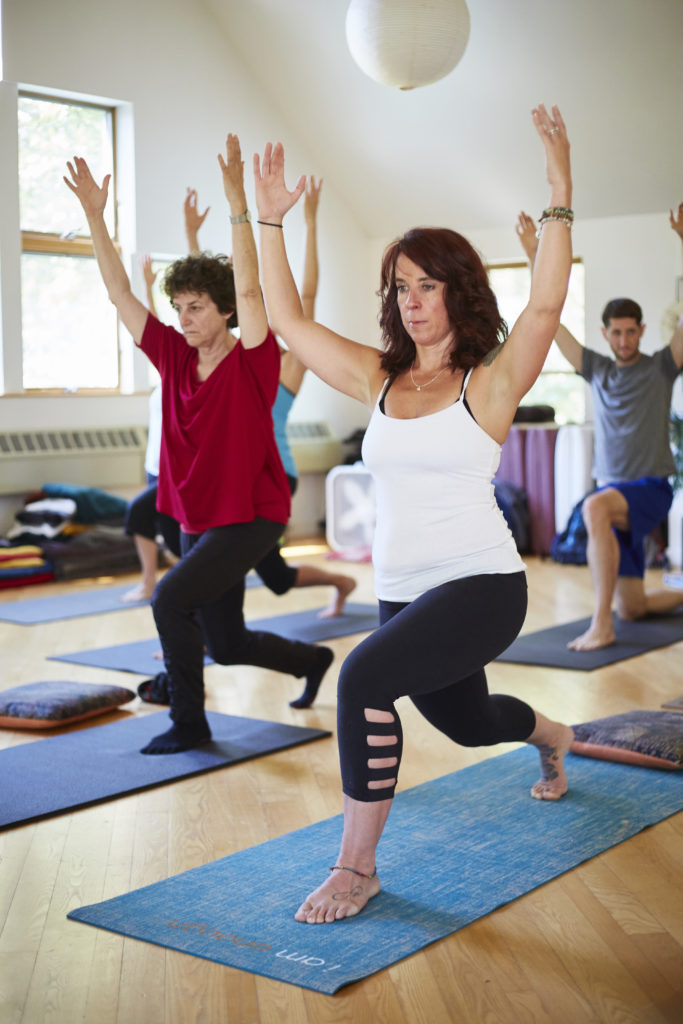 The trick, then, is to make sure you’re going through your body in a fairly systematic way – hence yoga asana routines, katas in martial arts, and workout routines in training, and all the exercises in a Pilates or Gyrotonics session. The other trick is get into unusual places in your body and make sure they are wrung out as well – which means varying your routine to find new places in your body that need a good squeeze. Bodyworkers and teachers can help you see the ‘forgotten’ places if they are skilled, but you can also find them yourself by doing unusual things. 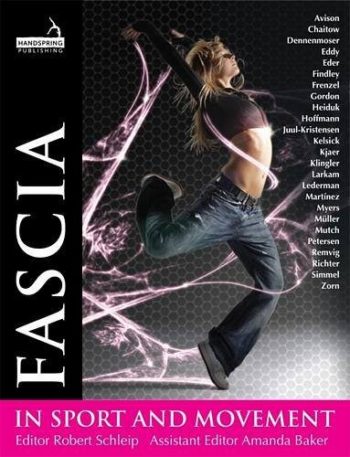 Protected: Fascia in Sport and Movement

Robert Schleip’s long-awaited summary of the affect of various forms of training on the fascial network – is now an essential book at Anatomy Trains. Robert’s global point-of-view organizes the information with contributions from yoga, Pilates, Gyrotonic, dance, physiotherapy, osteopathy, and sports folks into fascial elasticity, hypermobility, strengthening, stretching, and hydration.