We’ll have more to say about the 4th Fascia Research Congress, but I capped it off by spending a day trapped in an airless conference room on uncomfortable seats in the presence of one of the most passionate Renaissance thinkers in the anatomical world – Jaap van der Wal.  Dr. van der Wal has been on my radar ever since the 2nd FRC in Amsterdam, where Dr. Peter Huijing generously featured his groundbreaking study of the anatomical relationships in the rat elbow in 1988.
Hunh?  Rat elbow?  and way back in1988, f’r cryin’ out loud? Yup, but the implications of his careful work were so radical that it was given the treatment that many new ideas are given: it was shelved and conveniently forgotten. But it was very much on display there, and I have been trying to grok his vision since. After that conference, I wrote an article on his work for Massage Magazine, which is referenced here: TomMyersDynamicLigaments  (click for PDF of article)
You can also see his lecture for that congress here: 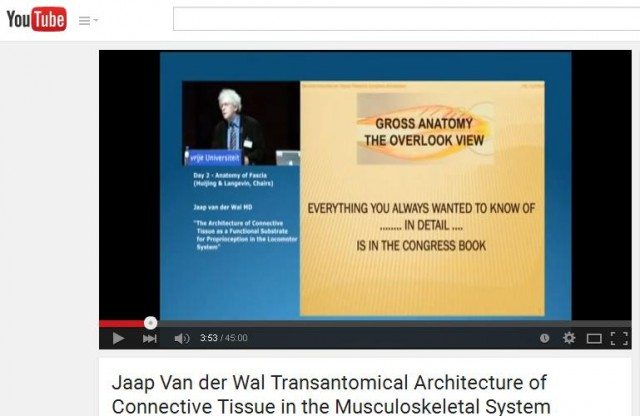 Jaap (who has more degrees and qualifications than nearly anyone you can name – medical doctor, anatomy professor, embryologist, and anthroposophical morphologist – but he is so accessible and sympatico, I hope both he and you will forgive me for using his first name for the remainder of this) spent the day correcting our common misperceptions about anatomy in a critique as damning as it is – once grasped – obvious and common-sensical. In spite of the bland surroundings and end-of-conference fatigue, I was not bored for a minute.
He began his talk on the embryology of fascia by changing the common translation of Descartes’ “Cogito, ergo sum” (I think, therefore I am) to “I doubt, therefore I am” – that the essential human experience is that of consideration, of the ability to doubt one’s perceptions and conclusions.  He then went on to cast so many of our common beliefs into doubt in a delightful and convincing tour de force. 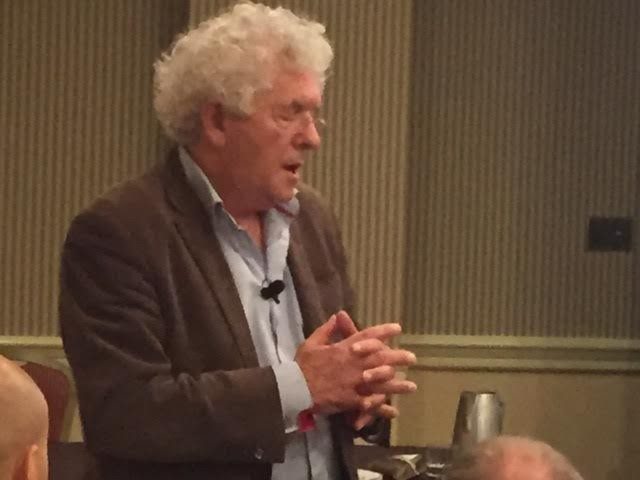