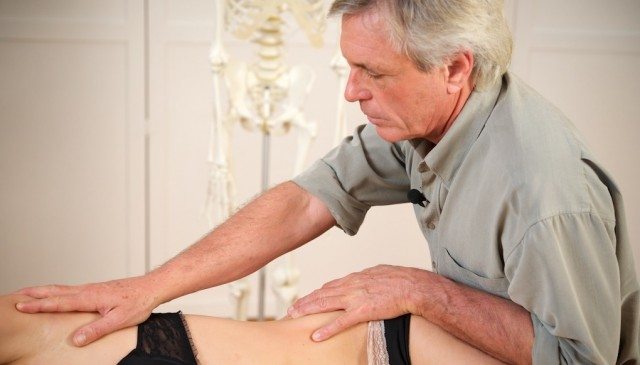 When I brought up the idea of stroking proximally to distally, my instructor looked at me like I had two heads and found it alarming that I have not been taught about the dangers in venous damage from stroking in this direction.  In his past, he experienced a Hellerworker who performed a proximal to distal distal technique in which created a searing pain. He was surprised at the lack of safety knowledge this bodyworker demonstrated in her strategy.  Again, this is not about creating space for the vessels to function more effectively as you mentioned, as this would be of great benefit, it was the distal direction of the stroke.  He asked the question as to whether the fascia could be lengthened without working distally.  My opinion and response to the question was that of course we could affect the length of the fascia by working either direction however I brought up the “idea” that the neurological response to the direction could potentially increase the client’s proprioceptive feedback and thus balancing the body not just in the physiological sense but neurologically as well.  I have absolutely no proof or basis that this is the case however I would like to think this is logical thinking :).  I had asked my instructor if there was any research or documentation that showed proof that working distally would be of structural change to the anatomy and physiology of the venous valves.  He responded with uncertainty.

So: Does direction matter in the client’s outcome either physiologically and/or neurologically when performing fascial mobilization?

Your teacher was right to respond with uncertainty. One of my favorite references is “Medical Conditions and Massage Therapy,” by Tracy Walton (LWW 2011).  I suspect your school has a copy, yes?

My understanding is that healthy vessels (and valves) are highly elasticized, made to withstand a variety of mechanical stressors, and would not be significantly adversely affected from even poorly applied (too much, too deep) effleurage.  That said, you can apply enough pressure on steel to break it.  Pain is an excellent indicator that pressure may be harmful.  Pathological problems in veins usually present with a disproportionate amount of deep, aching pain from a relatively small amount of pressure, or sometimes, no pressure at all.  Sometimes you can easily see that a vein is varicosed, sometimes the vein is too deep to be seen.  Sometimes the skin is also discolored or edemic.  Of course, pitting edema contraindicates massage, and a tightly swollen, ‘shiny-skin’ edema, especially in the lower leg, is also a clear contraindication for manual work (except maybe someone highly trained in MLD).

Q: If you have a fascial sheet that has crossed over from sol to gel, become dehydrated, fibrotic and adhered within itself and to its neighbors, and there are blood and nerve vessels relying on the integrity of that fascial sheet as an organizing spatial medium and pathway, wouldn’t helping that fascial sheet regain its hydration, a healthy number, orientation and distribution of fibers also help improve the milieu for those vessels?

Hope this is helpful.  🙂 Lou

Let’s divide this in two

Take a look at venous at lymphatic distribution to put paid to this damaging valves notion.  If that were true, then pulling yourself up from a pool (and running the pressure down your body in the process) would break veins.  Any judiciously applied stroke, just like any pressure ‘down’ the venous path of the body, allows vessels and fluids plenty of time to get out of the way in the complex delta-like network of superficial veins and lymphatic vessels.

The only stroke I can imagine creating damage would be a stroke that completely surrounded a limb like the circlet in Da Vinci Code with deep pressure, and then maintaining this tourniquet like contact went away from the heart down the limb.  If you did this, did it well, and used a lot of pressure, you might break a few valves, which are more like seaweed than valves, and will quickly repair themselves (as this happens often in vivo, but if there is blood stasis along with it, you get varicosities).

So I am not buying that the Hellerworker’s scream was produced by breaking veins; more like by too rapid or too deep application of pressure to neurological tissues.

2) Why do we move the tissue in preferred directions in KMI?

Ida Rolf aphorized ‘up the front, down the back, and horizontalize the pelvis’.  I have found that to be good advice, even if my horizontal pelvis is a bit more anterior than her ideal.

The other lip service we pay is to kinesthesia – we are taking the tissue in the direction we want it to go, and therefore giving the ‘pro’ message to the nervous system.  This story goes on about receptors and their messages, and can best be tracked via Robert Schleip’s, site and research.  This is all good, but we have been talking this way for some time – but what we say applies to any bodywork, that touches kinesthetic sensors, not just our own.

The new answer, combining the films of Guimberteau and the work of Huijing and cohorts, is that by creating shearing in a preferred direction we are making it more likely that new ‘fuzz’ bonding will happen in the direction (with the fabric’s ‘nap’ so to speak) that we, in our wisdom, want it to happen.

So for shear and fascial planes, direction is important.  I have always had the intuitive sense that direction is important in structural bodywork, but it wasn’t until this shear stuff and ‘fuzz’ as a force transmitter came up that I had a real explanation.  This comes up in my lecture as the ‘toga’ idea – we have to redrape the toga of the fascia around the skeleton, and this requires the fascial planes moving relative to each other.  I don’t know another therapy that thinks in this way – anybody out there?