Flying from Jo’burg to George, the hills pass below me like sea-chop – regular, sharp-peaked with white rock tips coming out of the greenish slopes like white caps. In the troughs of the dry valleys, farms are eking out from what moisture there is, probably unaware of the geologic ‘sea’ they float in.

It could almost be Ireland, it could almost be Greece, it could be somewhere in west Texas, but it isn’t, it is Africa in its raw state. Wine grows here, like Bordeaux, hops grow here, like upper Bavaria, but it’s all a foreign imposition on the darkest, fertilest continent, the one that gave birth to us all. 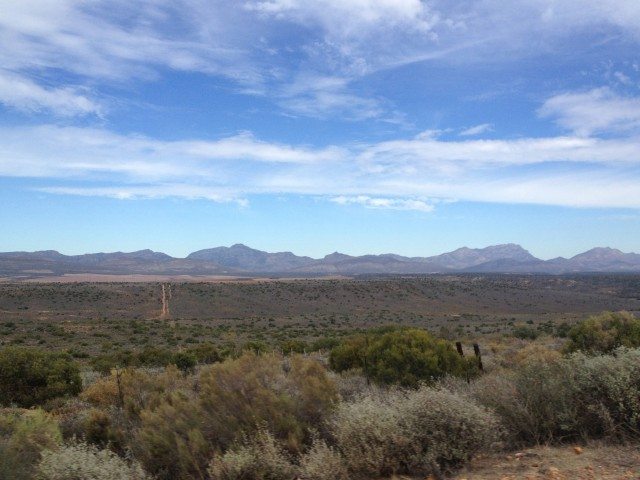 Isak meets me off the plane, and we travel in his ‘baki’ – pick-up – north away from the coast winding over the passes of mountains to Oudtschoorn – everything here, as on a boat, has a Dutch name. The folded geology attests to great time, but all the races, we now know, are less then 60,000 years, 2000 generations, nothing.

The South African designations of white, coloured, and black have almost zero meaning in anthropological terms, however much they still mean in political terms. And of course it has all reversed, with the most affirmative action going to blacks, the effective demotions going to whites, and the coloureds left in second place again. Barack Obama – mixed white and black – would be ‘coloured’ here, along with Indians, Arabs, and other oddments not covered by the pure white and black denominations. 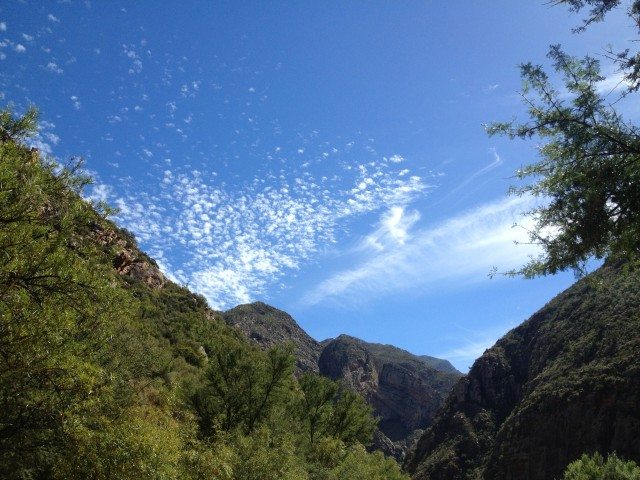 I am physically disoriented, in addition to unrecognizable stars at midnight, the sun is dead north at noon, and I am so far unused to it.

What are we approaching – trees or cattle? I cannot tell until it resolves into an ostrich farm – huge gray birds, land denuded by them.

What’s that dog by the side of the road? Oops, it’s a baboon, part of a troupe it turns out, swarming up onto the bridge from the stream below as we pass like a bunch of Ché’s guerillas holding the river. 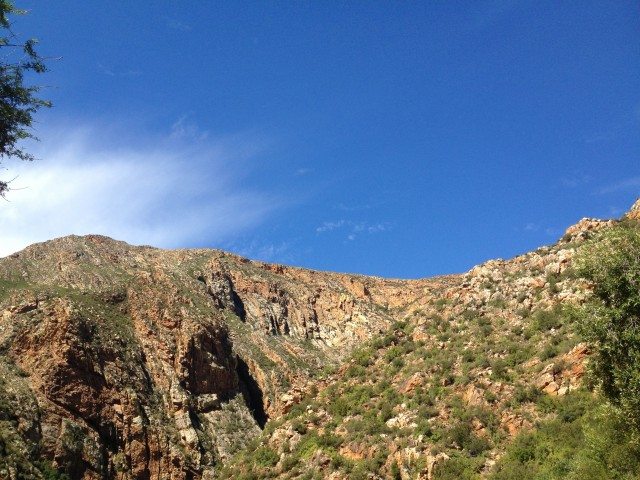