Tom says, “I’ve heard this story in a bunch of variations over the years, so it’s good to get it in her words.  Fritz Perls – student of Freud and originator and master practitioner of Gestalt Therapy.    What the story doesn’t say is that Fritz was very grateful and talked positively and loudly about his ‘rolfing’ experience, putting her work on the menu at Esalen, and then around the world.

There are a great many lessons contained in these few paragraphs, especially for those willing to take on the ‘hopeless’ cases, or those compromised with health or age.  Ida Rolf was a courageous practitioner.  As a teacher, I need to tell you, “If it’s beyond your knowledge or deep pathology, you need to refer. to someone with that type of expertise.”  But how will you expand your skills if you don’t take on challenges that test your edges?”

Ida Rolf and Fritz Perls – The story told by Ida Rolf herself
And you see then therefore, therefore and then, this becomes one of the most important of the hours (Session 7). I don’t know, they’re all important. There’s a story about this hour that maybe you better hear, because from time to time myths arise. And there are all kinds of them around this town, as you very well know. And that myth concerns Fritz and me. And these are some of the facts of the case. I’m talking about Fritz Perls, of course.
Fritz was in very great pain, and very great misery with his anginal problems about 5 years ago, 6 years ago. And, very few times in the course of my experience with Fritz have I ever heard him say that he had gotten to the stage where he was willing to die. He was willing to die at that point, because he said the pain that he was in was more than he could handle. And at this stage, he gave a seminar down in Los Angeles in the home of this [ ] in Laguna Beach, and it so happened that Dorothy Nolte was in that seminar, and she saw how miserable he was, and she went up to him at the end of one of the sessions and she said, “Fritz I’d like to take you upstairs, and I’d like to show you what we do, because I think it’s important that you should know about it”; and she took him upstairs, and she gave him a 1st hour, and she had the luck of the Irish, it worked. And it completely took that pain away, and Fritz was pain free for some weeks. And Fritz being Fritz, knew that he was now clear forever, and that it wasn’t at all necessary that on his way back from Florida to where he was going, and he stopped in New York, oh no.

So he got back having been bumped around and in various airplanes, etc. etc. for a while, and of course it wasn’t fixed. And the pain returned, and then he wanted Dorothy to do another hour on him, and she said no, she wouldn’t take the responsibility. (Which was proper, because this girl has absolutely no license, and if he died under her hands it really would have been a mess.) But she says, “If you can get Ida out here, I bet she can do something for you.” And so they telephoned that night, or sometime soon, and asked me whether I would come out here and work with Fritz Perls, and I said, yes, I’d come out here sometime when he was giving a seminar because I’ve never seen him work, and I wanted to see him at work. 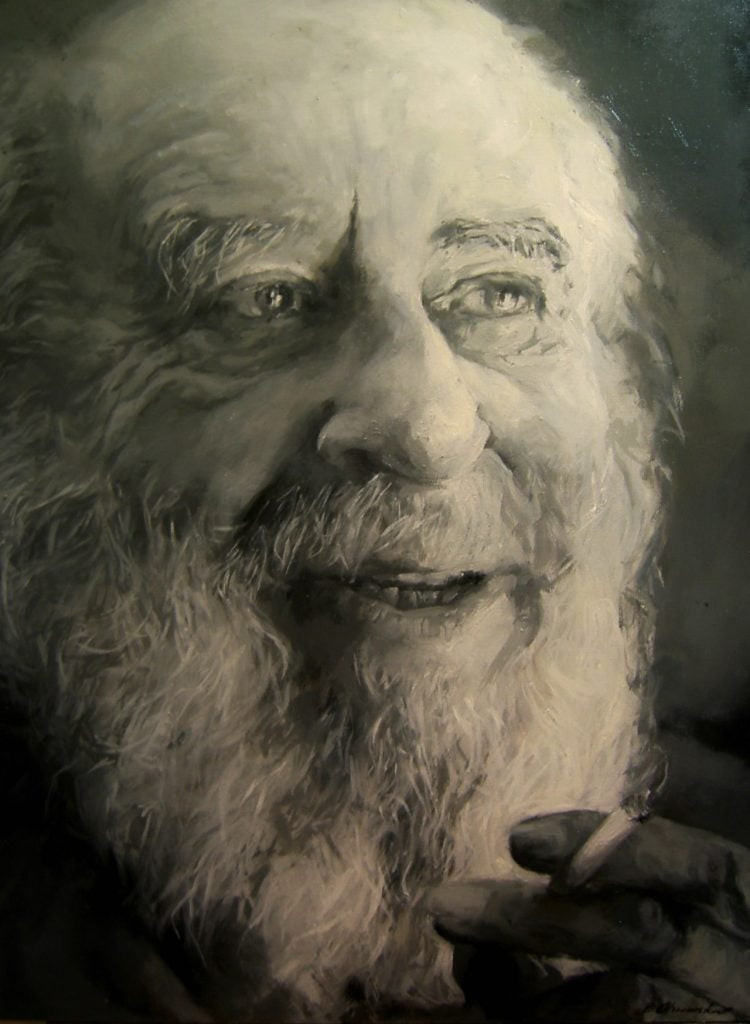 So I arranged to come out at a seminar in a couple of weeks, etc. etc., and I got in, and Fritz was still in utter misery. And I got in one Friday afternoon, and between that Friday afternoon and the following Friday afternoon, or Saturday afternoon; 8 or 9 days, I gave Fritz six more hours of work – (and Dorothy had given him his 1st). And sometimes the going was kind of rough. But at any rate, on the following Friday afternoon, on a Saturday, (seems to me I remember I left on that Saturday morning)… I gave him a 7th hour of work, and right under my hands the man went unconscious. Needless to say my knees were shaking, and I guess if anyone had been around, which they weren’t, I’d have been looking pretty green, and I said to myself, that I was a bloody fool to take on a man as badly off as this.

And along about that moment, I stopped panicking and started looking, and I said, “Yeah, but this isn’t the picture of a man dying of a heart attack. This is the picture of a man on anesthesia.” And so I kept my hands on his head and on his neck, and waited for him to get out of it, and presently after a matter of, I don’t know; a minute, it was a week, I’m sure it was a week! He opened his eyes and of course I prayed to the good lord that he wouldn’t have known that he was unconscious, but the good lord was out to lunch and so the first thing that Frits said was. “Well, yes. They really gave me a hard time that time.”

And he proceeded to unravel an episode of surgery many years before, when he was certain that they had damaged his neck in the course of the anesthesia. And to those of you who over and over and over again come to me and say, “Why can’t you use anesthesia in this work?” here is the answer. You will never do anything that’s so bad without anesthesia that you will damage situations, without their being in such misery, that you quit. But under anesthesia you can do all kinds of things. And when he came out of that anesthesia, he said to the anesthetist, and he told him, that he had caused damage to his neck. And of course, they insisted that there was no damage done. But you see, what had actually been done, was that something had thoroughly disturbed this whole left chain of ganglia, here.

And that, as and when it recovered, it did not go back where it belonged. And from that time on it started, a little and a little, this deterioration, which ended up in this heart condition. And from the day that my knees shook, and he “died”, from that day he never had another intense angina attack. He had a few that were relatively minor and by and by he settled down to having a heart that worked practically normally, and as you all know, he’d walk up from the bath to that house up there of his, which certainly gets me tuckered and still does, and this was par for the course for him. And what he was complaining about when he did it was not walking up that hill and what it did to his heart, but what it did to his legs …he’d come in complaining about his legs, and his legs and his legs. Little by little, he started getting over the leg business.