From Tom:
As a Structural Integrator seeking organisation along the body’s vertical axis, I have always wondered: What sets that axis in the body?
I am not alone in this. This article does not answer the question yet, but points to how a solution might be found soon: https://phys.org/news/2021-02-imaging-moments-body-emerging-embryo.html 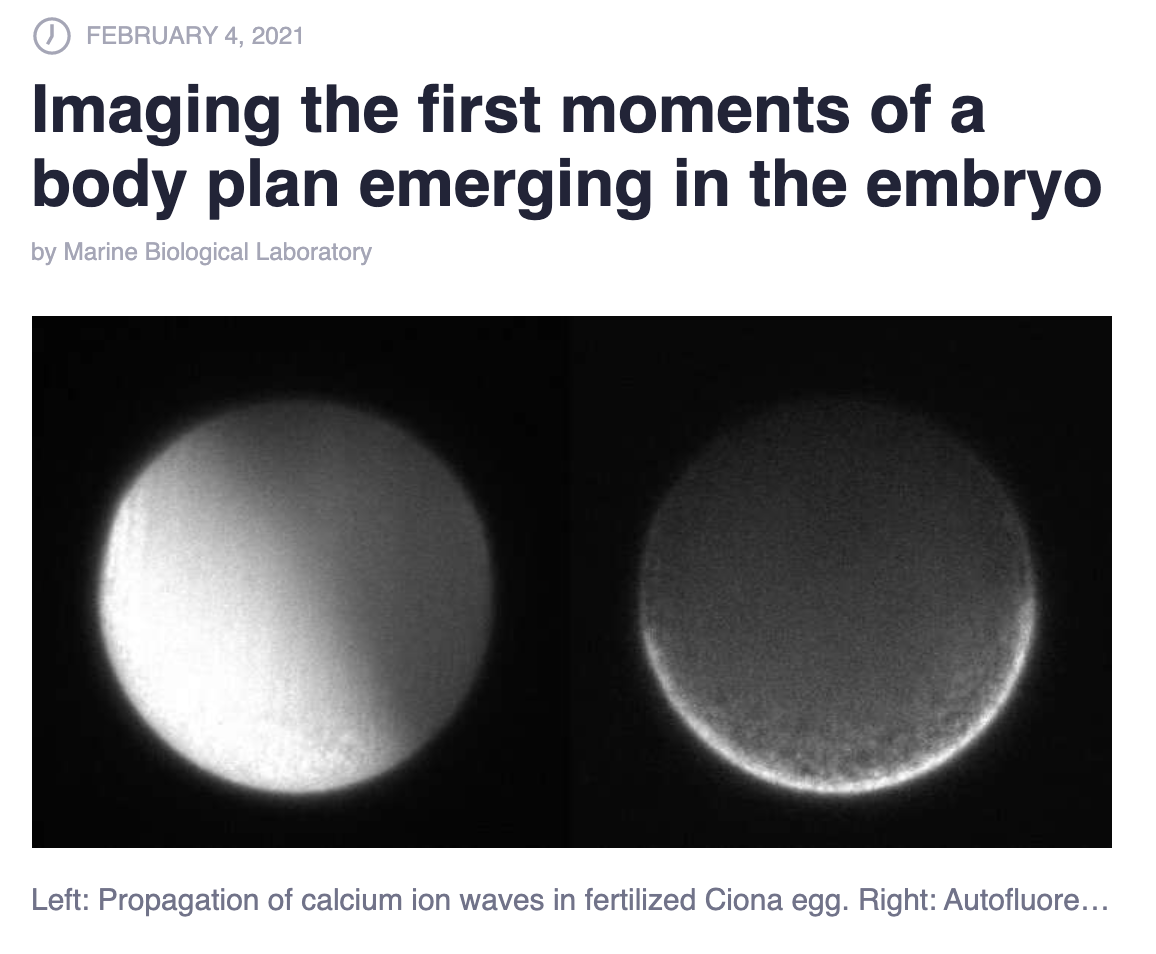 The ovum is approximately a sphere, so it has radial symmetry around a point, not a line. How do we get from there to the linear arrangement of the x, y, and z-axes? Once the first cell division happens, the ‘body’ gains a temporary linear organisation with a line drawn between the nuclei of the two cells. The 2nd division produces four cells, and their centers form a tetrahedron, the first and simplest 3-D ’system’ in geometry.
Later the blastosphere assumes a spherical shape again, which turns upon itself in gastrulation to form the linear axis of the developing human (or any other vertebrate’s) body.
What force determines these lines? Is it just random? Where the sperm enters the egg – is that the point that determines the line? The axis of the mother’s body? Gravity (which is nearly non-existent in terms of its effect on the egg)?
These studies show that interestingly, information from the dad is necessary to establishing this head-tail axis, and from the mom for the dorsal-ventral axis. No word here about the puzzling left-right axis. Tuning in to such early movements, which reflect into our current existence as adults in the various craniosacral and visceral waves and pulses, are essential to the establishment of good health, which is a different study than the eradication of disease.