From Tom: “A lot of the most interesting discoveries at the moment are happening in the superficial fascia. Here is a new image out of the Fascia Research Society’s Fascial Net Plastination Project. All the spaces in the ‘honeycomb’ used to have fat cells in them. Those fat cells would have been held in place with more fascia, but that fascia was too delicate to withstand the plastination process. So it would be honeycombs within honeycombs if we could see the whole structure. But this gives a great view of the larger walls around the fat globules in the subcutaneous layer.”

From the Plastination Project: This is the Superficial Fascia / subcutaneous adipose layer of the left side of the abdomen after plastination and gas curing. The specimen was created using blunt dissection (no scalpels were used other than to separate nerves and vessels). The adipose has been completely removed through temperature and chemical processing, normal to plastination, and the remaining fascial architectural patterning was re-established by manually lifting the walls of the honey-comb like structure showing where the adipose used to reside before it went through gas curing making the shape permanent. 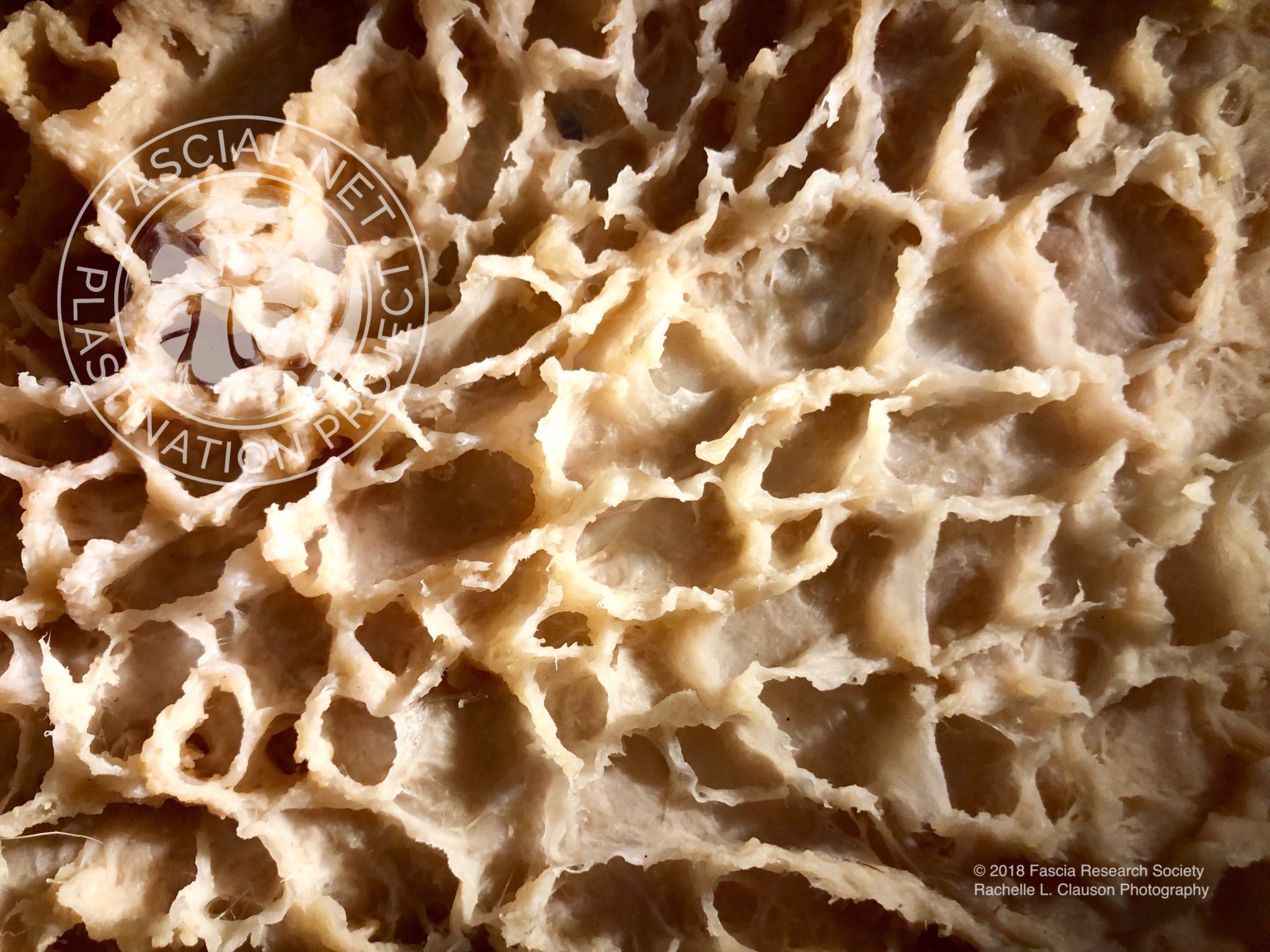 Tom continues, “Another view of this superficial fascia. Here you can see the structure within the fat, which is very hard to feel manually in the live person, or even in the cadaver when the fat globules are still filling these spaces. Again, these opening would have been full of fat – still surrounded by finer fascia that would fill in these spaces with a filigreed network, a fractal of what you can see here. But that finer fascia doesn’t survive the plastination process.” 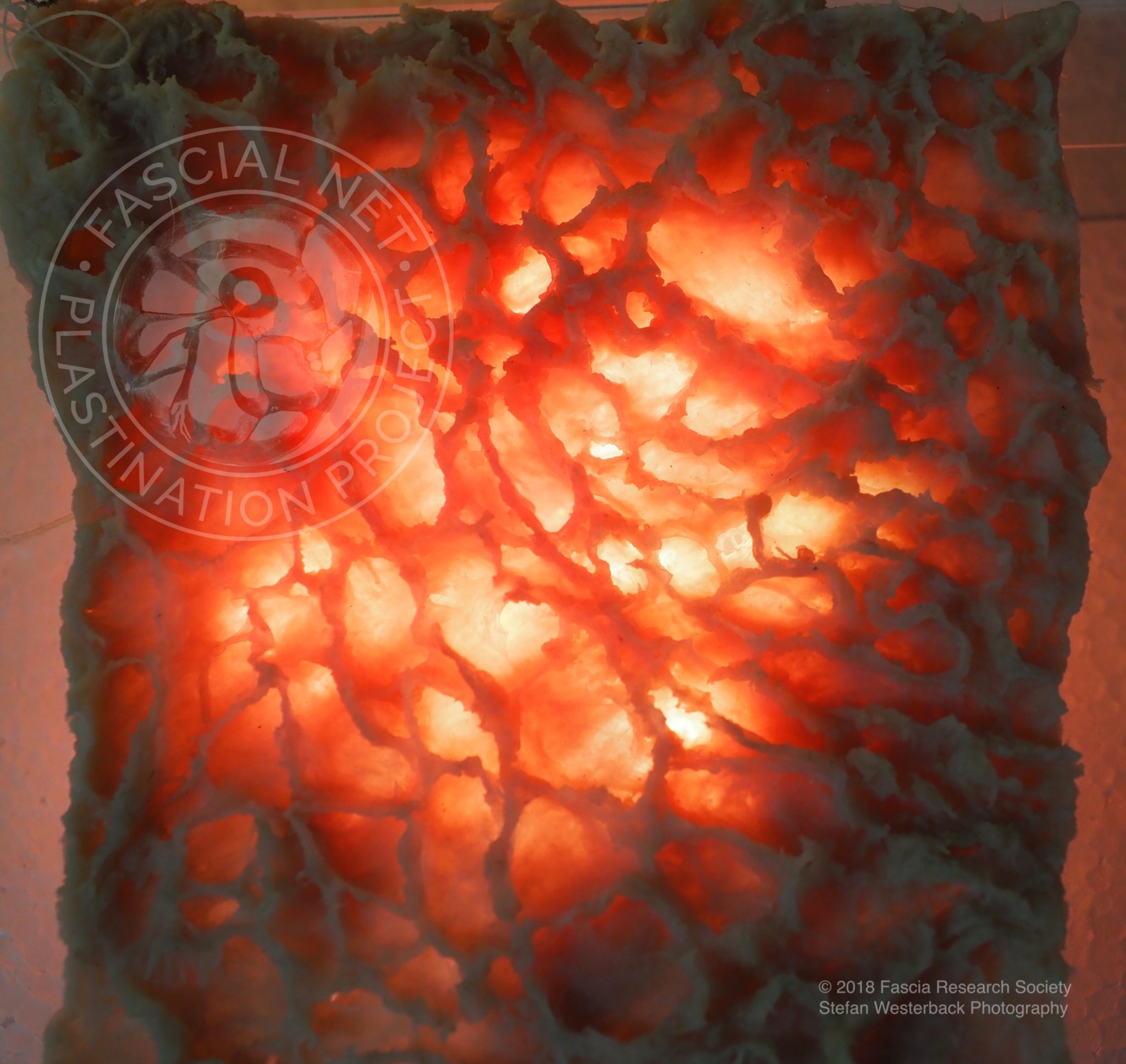 We are grateful to the Fascial Net Plastination Project for their permission to share these images of the superficial fascia of the abdomen.