There’s a strong movement afoot in the communities of physiotherapy, rehab, and conditioning to make our work ‘evidence-based’ – i.e., the procedures we practice on paying customers should be based on sound evidence to support their efficacy. This is a laudable sentiment in a world where half-trained practitioners are working with unsafe or dangerous practices, or passing off unproven work as proven.

In the world of bodywork and movement therapies, however, the evidence around everyday biomechanics is quite selective – not that the existing evidence isn’t good, but evidence gathered on specific populations is often generalized to apply to all. So thin is the fabric of evidence around movement, in fact, that if we stuck only to evidence-based practices, we would scarcely move at all.

(We at Anatomy Trains would additionally argue that much of existing research is based on inadequate biomechanical premises – but even if we acquiesce to the current Newtonian model, there is very little on which to base complex movement or stretch or manual therapy strategies. Don’t believe me? Check out the Cochrane group findings:

There is so much work yet to be done to have even the basic idea of what ‘stretch’ – in its many forms – is doing at the tissue, cellular, and organelle levels. There is so much we cannot study in vivo, so we have to infer from animal studies. Inter-operator or inter-rater reliability in manual and movement assessments and applications is very poor, so comparing results across studies is suspect from the start. We just don’t have a mountain of studies on which to build in physical medicine especially in terms of looking at movement as an integrated whole, rather than the summation of each researched structure.

In such a drought, the student will slake their thirst with whatever water’s available. In our case this leads to misinterpretation and over-application of research results to situations in which it may not apply – and the story that follows is an example.

We could compare the situation in somatics to that of physical anthropology, where human fossils are so few and far between (the wonder is not that there aren’t more; the wonder is that we’ve found any at all, given how hard it is to form them) that researchers are forced to build elaborate evolutionary theories on very little evidence. And then along comes Homo floriensis or Neanderthal genes in modern humans to confound these grand theories.

In truth, not much that we do in the world of ‘spatial medicine’ – manual therapy and movement coaching – is truly evidence-based. Even most back surgeries are still ‘experimental’. Some of it is ‘market-based’ for sure – people feel better and are willing to pay for it. Some of it is ‘practice-based evidence’ – “What I did worked for these types of cases I’ve had before, so let’s give that a go again and see if it works this time”. Some of it is ‘evidence led’, as in: “This research showed gains for this procedure on this group – can I extend that to other similar procedures or other target groups?”

In this environment, until there is a deeper compost bed of evidence in which to grow our theories, we should let all non-dangerous practices flourish, in hopes of finding the magic potion – the formula that is most effective, or the common basis for the many therapies (that all work some of the time, but none work even a majority of the time). In this environment, we need to be open about method, and discerning about ‘evidence’.

The evidence-based research article we are examining is “The Relative Importance of Various Tissues in Joint Stiffness” (Johns & Wright, 1962). The researchers, in a previous study, presented evidence that muscle and joint tissues both contributed to total joint stiffness (Wright & Johns, 1961). However, Johns and Wright (1962) wanted to continue their research by measuring the relative contribution of skin, muscle, tendons and joint capsule to total stiffness on an intact joint. They also measured the rheological properties (i.e., elasticity, plasticity) contributing to joint stiffness.

Two major findings came from the study: (1) Elasticity and plasticity accounted for most of the joint stiffness in the intact wrist joint, and (2) the relative contribution of soft tissues to total resistance encountered by the joint during movement included the joint capsule (47%), muscle (41%), tendons (10%) and skin (2%) (Johns & Wright, 1962).

The finding from Johns and Wright (1962) most frequently cited in various publications is the joint capsule, muscle, tendons and skin percentages contributing to joint stiffness. Is there more to know about this study than just this specific set of findings? To answer this question, let’s look at this study in more detail and see what we find.

Johns and Wright (1962) measured the contributions of tissues on joint stiffness around an intact joint. What intact joint was measured? The wrist joint. Who were the subjects? Five cats. So, why where the wrist joints of five cats measured? According to Johns and Wright (1962), the wrist joint of a cat was selected because of its similarities in size and function to the human metacarpophalangeal (MCP) joint. The rheological properties (i.e., elasticity, plasticity) in a cat’s wrist joint also closely resembled those occurring in a MCP joint of a human, particularly that of a child. You can probably understand human subjects were not used for the study once you read the methods section. It most likely would have never passed IRB (Institutional Review Board) approval. 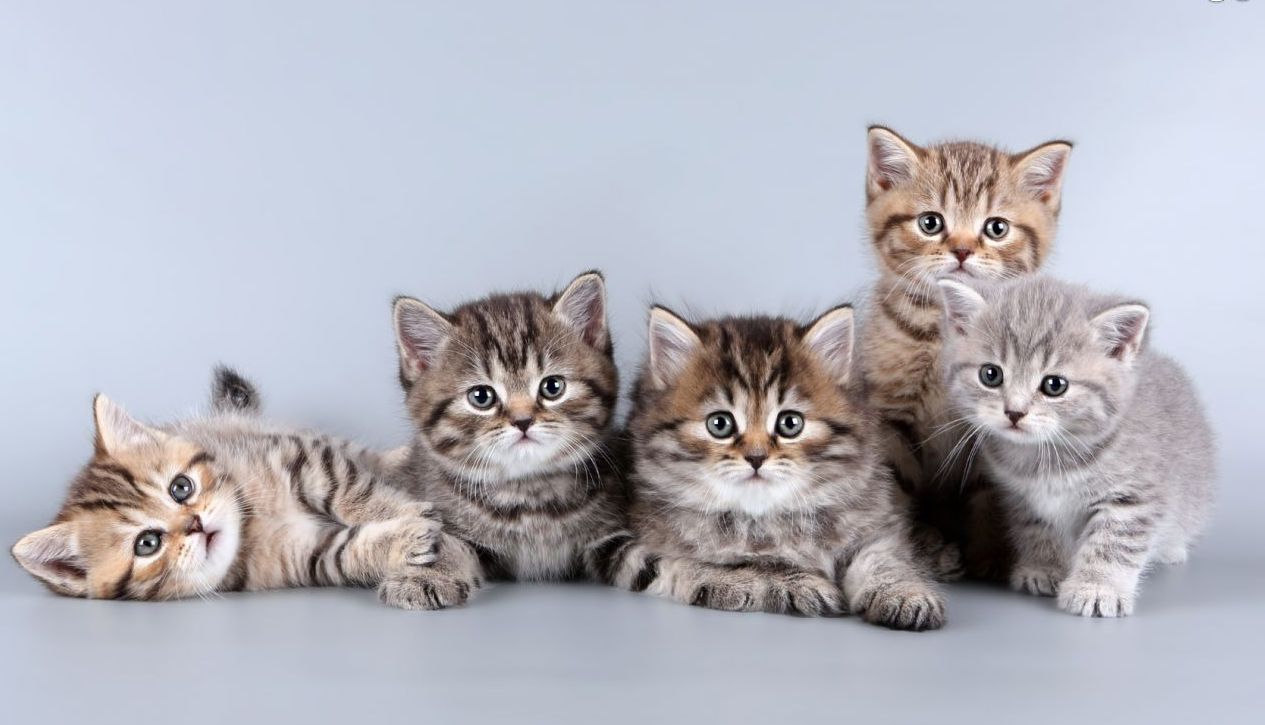 Without going into detail on the methods section of the study, joint stiffness was measured with a device that recorded various types of torque required to produce passive motion at the cats’ wrist joints. The procedure consisted of first removing the skin from the wrist. This was followed by transection of the extensor and flexor muscles from their tendons above the wrist, then removal of the tendons from the joint capsule, and finally complete severance from the wrist. With each procedure, torque was measured at the MCP joint. The control was the intact wrist joint of the cats. The researchers found that at “midrange” joint motion, the joint capsule contributed 47% of the total torque, muscle 41%, tendons 10% and skin 2%. In addition, the researchers found that elasticity accounted for most of the joint’s stiffness, followed by plasticity (Johns & Wright, 1962).

Now that we have an overview of the evidence-based research study by Johns and Wright (1962), we can compare the findings to some publications that specifically focus on the results related to the joint capsule, muscle, tendon and skin percentages.

The original research listed connective tissue variables that impacted joint stiffness including: Joint capsule = 47%; muscles = 41%; tendons = 10%; and skin = 2%. However, some publications have added terms to these four original variables. For example, the term ‘fascia or fascial sheaths’ was added to the ‘muscle” variable (American Council on Exercise, 2010; Armiger & Martyn, 2010; Biagioli, 2012; Heyward, 2010) and the term ‘ligaments’ was added to the ‘tendon’ or ‘joint capsule’ variable (American Council on Exercise, 2010; Heyward, 2010).

The article by Johns and Wright (1962) never specifically measured or mentioned the term ‘fascia’ or ‘ligaments’. Why have publications decided to add these additional terms? Again, we have found no answer to this question. Perhaps it is because there is more known about fascia’s connection with muscle (myofascia) and fascia’s important rheological properties on joint stiffness (Stecco, 2015). Research has shown that ligaments and tendons can both be classified as dense connective tissue (Stecco, 2015). Perhaps this is why ligaments were added with the tendon or joint capsule variables in some publications – but without consistent terminology, we do not really know what is being measured.

It is important to understand that adding terms to the original research variables could clearly lead to misinterpretation and miscommunication of the researchers’ findings. To avoid misinterpretation and miscommunication, it would be valuable for bodywork and movement professionals to read the entire research article by Johns and Wright (1962). By reading the article, you will find that ‘fascia, fascial sheaths or ligaments’ were not mentioned in the study, joint stiffness was analyzed during passive mid-range of motion and not full or active range of motion, the subjects were five cats, and the only joint measured was the wrist joint.

As far as we know, the study has not been replicated. Thus, it may be worthwhile to look for other evidence-based research similar to Johns and Wright (1962). A study worth reading was conducted by Adams, Sutton and Stott (1980). They looked at the resistance to flexion of the lumbar intervertebral joints on human cadavers and found the facet joint capsules provided the greatest limitation to movement compared to the supraspinous and interspinous ligaments. These results support similar findings by Johns and Wright (1962) in regard to the joint capsule providing the greatest limitation to joint motion and joint stiffness.

Before we finish this blog, it is important to note that the Johns and Wright (1962) study has contributed greatly to our understanding of the importance of various tissues on joint stiffness and restriction of a joint’s motion. It should not to be dismissed. This study was one of the first to use a device to measure the contribution of the skin, tendons, muscles and the joint capsule to total joint stiffness.

In closing, we have presented one example of how findings from evidence-based research can be misinterpreted or over applied. As professionals, we have to ask the following question. “Are we only reading the ‘bullet points’ of the research and then blindly applying them to our practices or are we taking the time to read the original research carefully and apply it judiciously?”

To enhance yourself as a professional, take the time to educate yourself by reading entire research articles. Make sure to see the value in reading not only evidence-based research, but in reading case studies and evidence-based practice studies. Currently there is not much evidence-based research in ‘spatial medicine.’ So, case studies and evidence- based practices can help develop ideas for future evidence based research. While reading the research articles, do not start and stop at the abstract. Pay attention to the type of ‘subjects’ and sample size used in the study, read the methodology section, understand statistics, and most importantly, read the limitation and discussion sections. As was stated earlier, in this environment, we need to be open about method and discerning about ‘evidence.’