A follower writes in with the following question:

I have been reading Anatomy Trains and have a question I’m not sure anyone but Mr. Myers could address.

I have a 15 year old son that has had a spinal fusion (twice) from the cervical spine to the 2nd to the last vertebrae on the lumbar spine due to extreme scoliosis (was 75% and progressing).

After reading in Anatomy Trains about how the eyes are connected to the sub occipitals, which are connected to the muscles in the spine I remembered how my son used to watch tv as a toddler. He would turn his head sideways and eyes would turn back to see the tv. He still watches tv this way. I took him to the doctor when he was little and she said it was nothing and that was just how he watched tv. Learning what I have in the book, I was wondering if the way he positioned his eyes could be related to his scoliosis and if it is, could it be an insight into how to avoid developing it.

Any input would be appreciated. 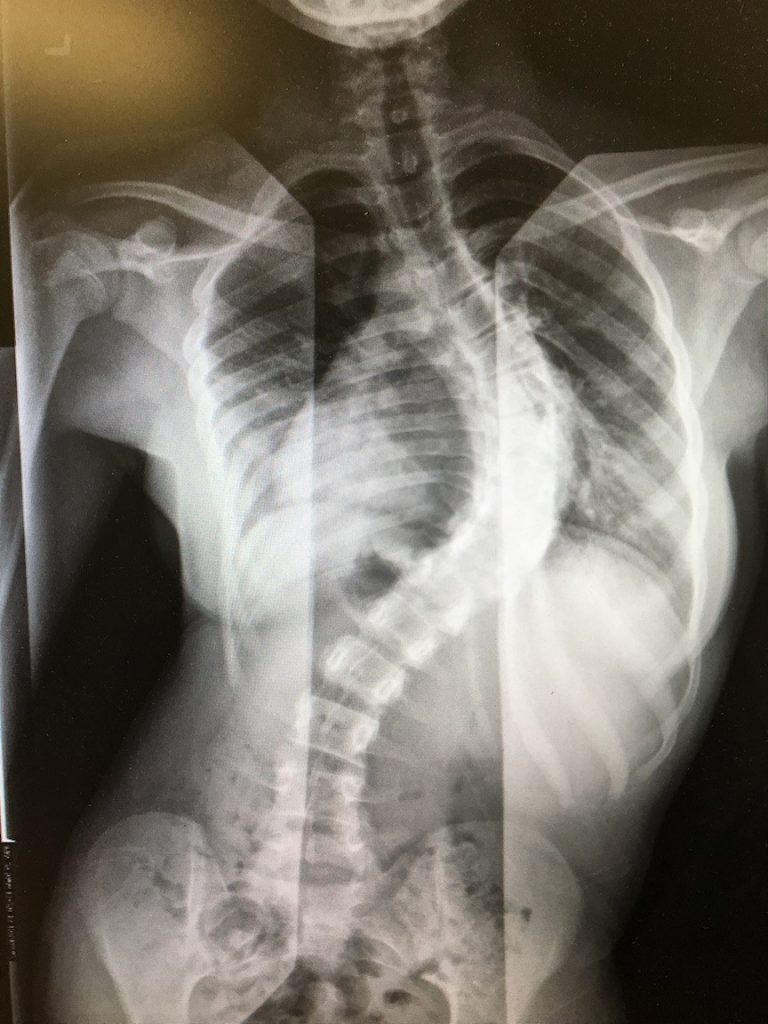 Most scolioses – and I presume your son’s – are termed ‘idiopathic’ meaning ‘we have no idea where it comes from’. Current theories include ‘bad messages’ from the basal ganglia confusing the muscles of the spine – honestly that doesn’t seem very plausible to me.

A 75-degree Cobb angle scoliosis indicates a serious case, and your son has already had three interventions that may have saved him pain or dysfunction but has also largely fixed his spine in the new place, which limits the available recovery.

Now, to your query: Your experience with the doctor is all too common, and had your son been brought to someone who could see incipient scoliosis, earlier intervention would certainly have been advisable.

Of academic interest is whether he already had the scoliosis and that’s why he looked askance at the TV, or whether his odd way of watching initiated the scoliosis. Absent an exam, my best guess would be the former – it was an indication of the existing scoliosis, not the cause. And yes, it would be mediated through a dystonia of those sub occipital muscles.