I am so glad I braved weekend summer traffic to Portland to see the latest iteration of Gil Hedley’s somanautic dives. Start here to get a sense of Gil:

– but there are many YouTube videos, and the full catalogue of his work and schedule is at: www.gilhedley.com

Gil is currently on a nationwide tour with his lecture and slide show, and his dissection films, interspersed with poetic photos, provide us all with a guided tour of various parts of the fascial system, especially to a reconsideration of what the ‘fuzz’ is – the initial observation and insight that sent him on this 20-yr journey – and the nature of adhesions.

As a fascial ‘insider’ (we prefer ‘afascianada’ to ‘fascist’, and yes, we’ve heard that before), I was also aware that his lecture was aimed at the definition of the fasciae and fascial system that is struggling to emerge from the Fascial Research Congresses and the fascial researchers in general. While a precise definition may seem frivolous to some – who cares? – it really does have implications for funding and the standing of the research, so ‘what the hell’ions like myself and Gil come up against the gentle and wonderful but formidable Dr Carla Stecco, and in particular her attempt to define the superficial fascia.

Gil has mounted a vigorous defence of his point of view that the superficial fascia is more than the laminae of dissectible tissue between the fat layers but includes the network that surrounds the fat lobules themselves. As evidence, Gil has prepared the superficial fascia like the ‘fascial heart – removing the fat and other non structural elements. He then shows convincingly how it transmits force, both in terms of how many kilos it can lift, and showing how it handles wave motion – fascinating. Fascia-nating.

The scientific truth is that the entire collagenous net starts as one piece. It can be cut by a surgeon’s scalpel, torn by injury, and it will (alas) fray with age. But it remains one single net. Gil has resolved an anomaly I frequently observe in dissection with his concept of ‘perifascial’ membranes. This concept of transitional layers between one set of consistent histology to another is key to understanding movement and stability in fascia, and we will take this up in another post, when he settles down long enough that we can get an interview.

No one is more passionate about movement than those who, for one reason or another, had it taken away from them in this youth. Gil and I both qualify – we were total head cases who happened onto the fact that there were parts of our bodies below our necks. While it’s great to watch his DVDs or see him on YouTube, watching him move is a pleasure of horrified delight, seeing him in person is definitely worth it.

I am very chuffed that Gil was originally inspired into anatomy by me, when he passed through the part of the Rolf Institute training I was teaching at the time. (I was myself inspired into anatomy at the RISI by R. Louis Schultz (author of The Endless Web and Out in the Open) back in the early 70’s.)

Gil showed up in the early 90’s, young and brash and iconoclastic and so steeped in theology (ask him about Thomas Aquinas), that he barely existed below the neck. He sure is embodied now.

If I started in anatomy in 1973, and Gil didn’t start until the 90’s that I would be streets ahead of him, but that reckons without his meteoric rise in both knowledge and prominence. It is a real joy when my students surpass me (not unalloyed – am I not the best? No I’m not) – to see Gil and others extend my own knowledge into unexpected realms brings warmth to my heart. 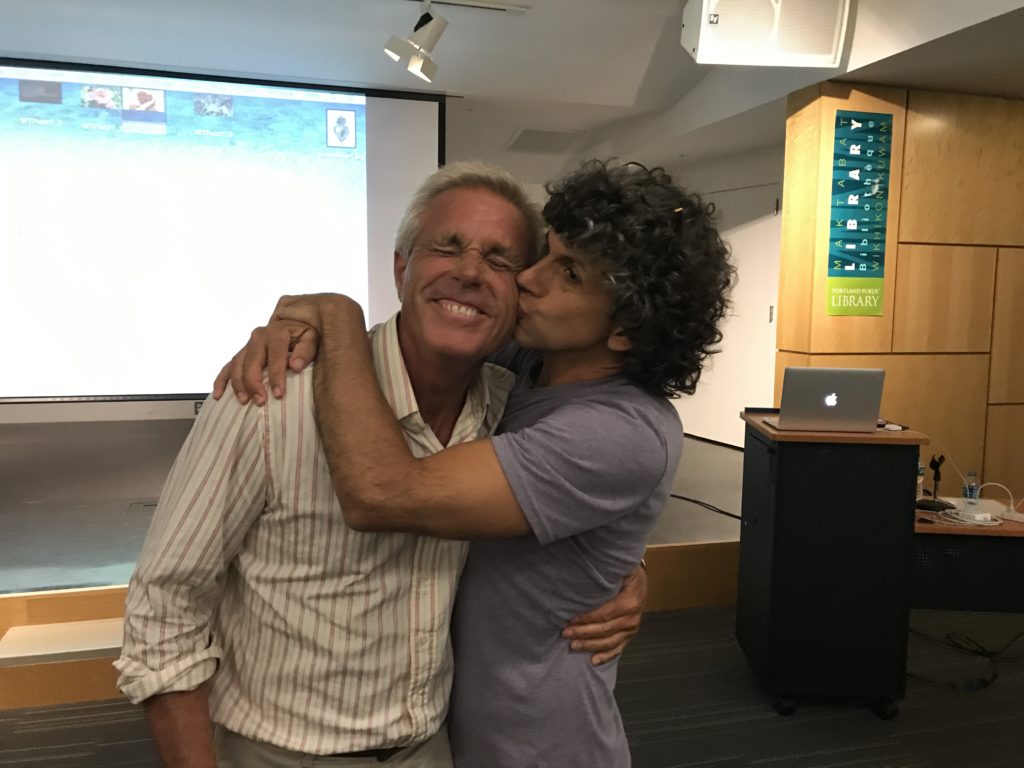 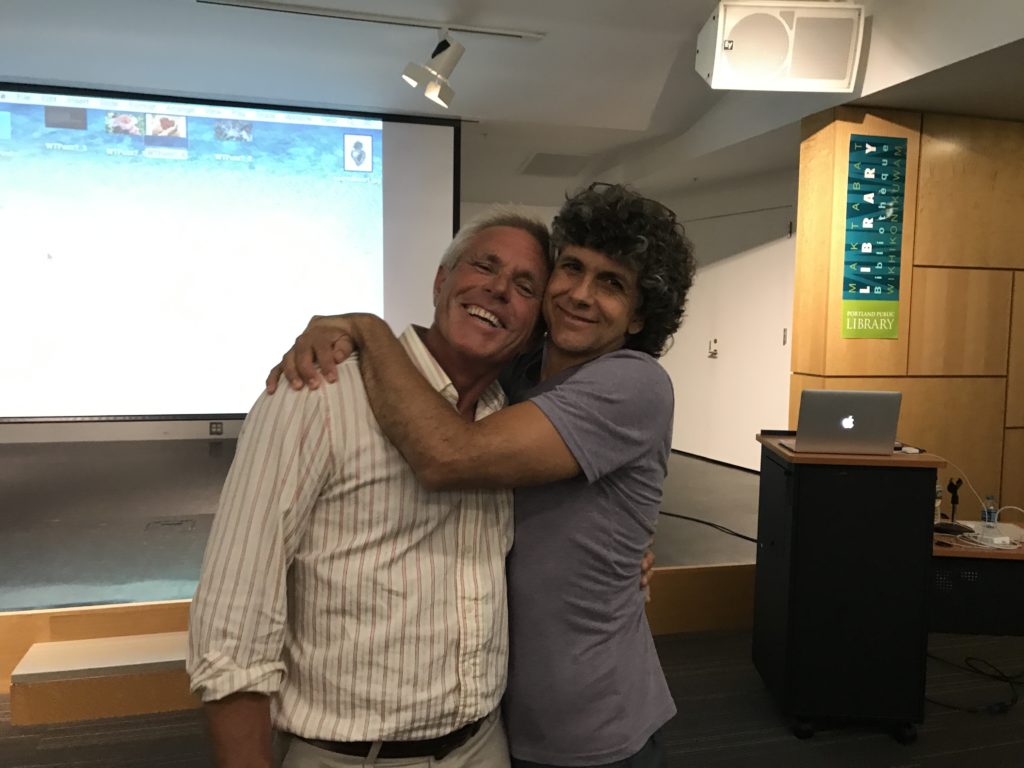 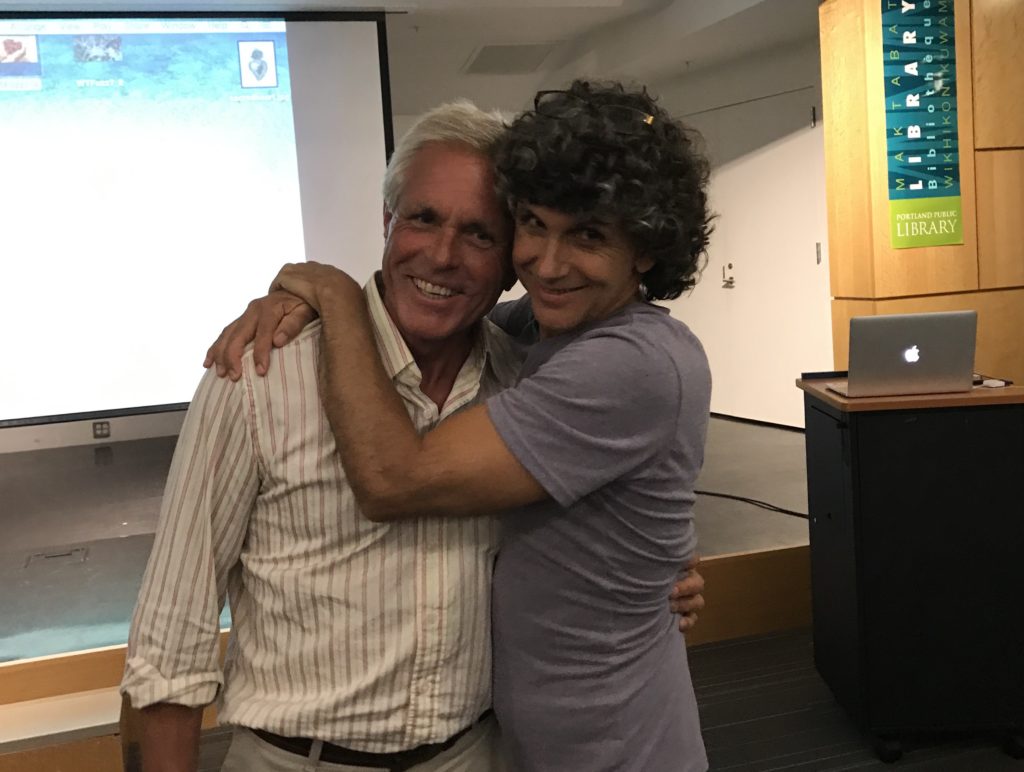