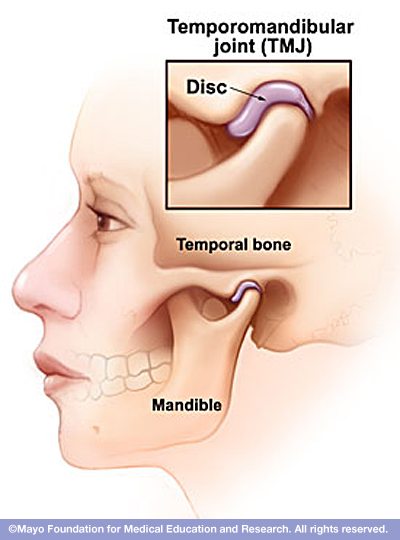 Yes, I avoided discussion about most specific pathological conditions in my book – space was at a premium!

The TMJ and its relation to postural scoliosis has been discussed in osteopathic literature, to which you probably have better access than I. One study compared osteopathic treatment in conjunction with teeth equilibration (a fad in the States in the 80’s I think) to treatment without the equilibration and found some differences. Surely the extreme pressure exerted by the jaw on the viscerocranium and thus to the neurocranium which is part of the spine system…

So one avenue of myofascial effect from the TMJ is down the spine with the Superficial Back Line and spinal bends and twists. The causative factors, forces that could unbalance the TMJ in the first place, can of course arise from local mechanisms: how someone chews, bruxates, or holds their jaw. 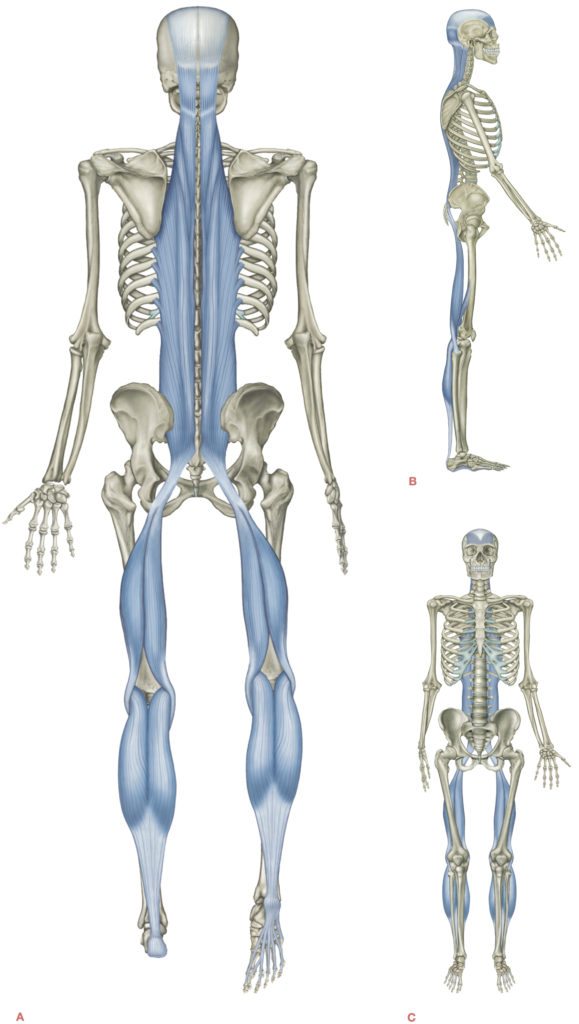 You might know better than I how they travel skeletally, but If forces were to come from far away to unbalance the jaw, they would come up the Deep Front Line. Therefore, I frequently find TMD related to misuse of the diaphragm or its roots, the iliopsoas and quadratus lumborum, lateral pelvic imbalance, especially in the sacrum or sacrolumbar junction. 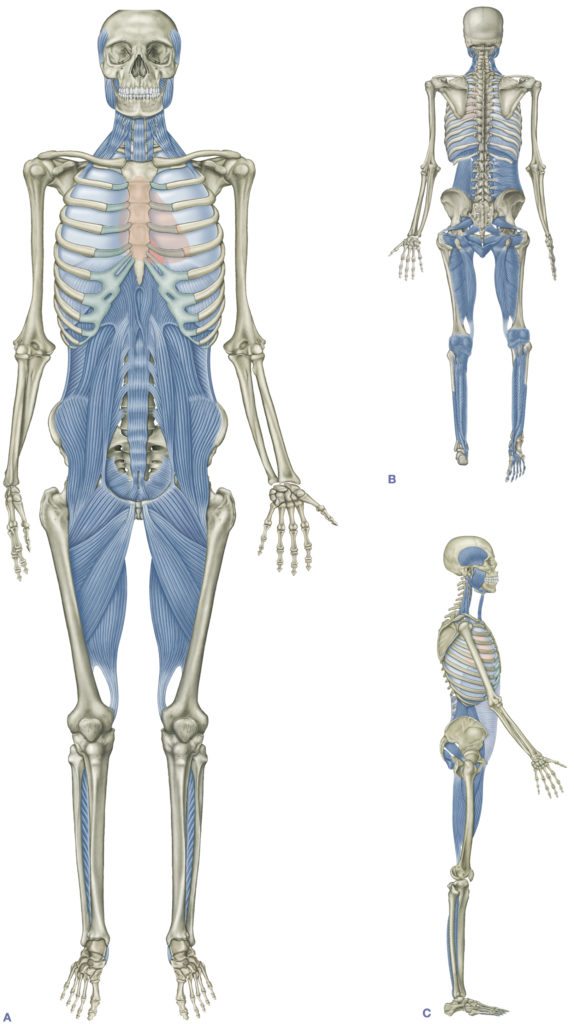 The jaw muscles, especially the constant interaction among the four pterygoids, are a key part of the Deep Front Line, or core line. (So are the temporals and master, but even though they are stronger, I get much more relief for these problems from the pterygoids, who seem to be the ‘leaders’, while the stronger outer muscles follow).

Finally, although I will take on anything, in consensus reality I find that soft-tissue release only works up to a certain point in the degenerative process. The more the joint has changed shape under years of TMD, the more difficult it is to restore without resorting to dental help – an appliance or some such. I fear we are still in the early days of understanding this problem. 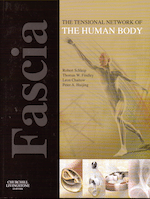 Fascia – The Tensional Network of the Human Body

“Fascia – The Tensional Network of the Human Body” is a state of the art book on fascial science and fascial therapies, edited by four luminaries in the field of fascial research: Robert Schleip, Tom Findley, Leon Chaitow, and Peter Huijing – and including over 90 contributors. Tom Myers wrote four chapters in this book,… Read more