My otherwise spare hotel room has the standard German window that either opens like a door or tips in a little from the top if you twist the handle the other ways. Leipzig’s air is sweet and clean, so I have opened it wide – to the sound of church bells. The Nicholas Church is right beside me, and has a clarion bell tolling out the hour (the chimes at midnight woke me up), but also – for services? – another randomly timed bell whose startling sound shimmers like a Chinese gong.

Leipzig, like Dresden and half of Berlin, was in the GDR, but 25 years since the fall of the wall, you cannot see it, only feel a slight residue in the people, carrying a whiff of the suspicion that prevailed in that day, but refreshingly lacking in the German arrogance which yet characterizes those in the West (sorry, Christoph, but it’s true).

Like Dresden, Leipzig was bombed in WWII, resulting in a mixed architectural bag of old monuments and new tricks. Downtown thrives, but I am not interested – I am fascinated to be on the same cobbles as Johann Sebastien Bach, the inventor of modern music. He was choirmaster here for 30 years, and is buried here now as well.

The conference I was attending was at the anatomy department, and so my unique angle on this is to show you the first reconstruction job they did, trying to recreate Bach’s face based on his skull – it was sitting on an obscure shelf in their anatomical presentation room. In one of the photos you can see a hydrocephalic skull in the background. 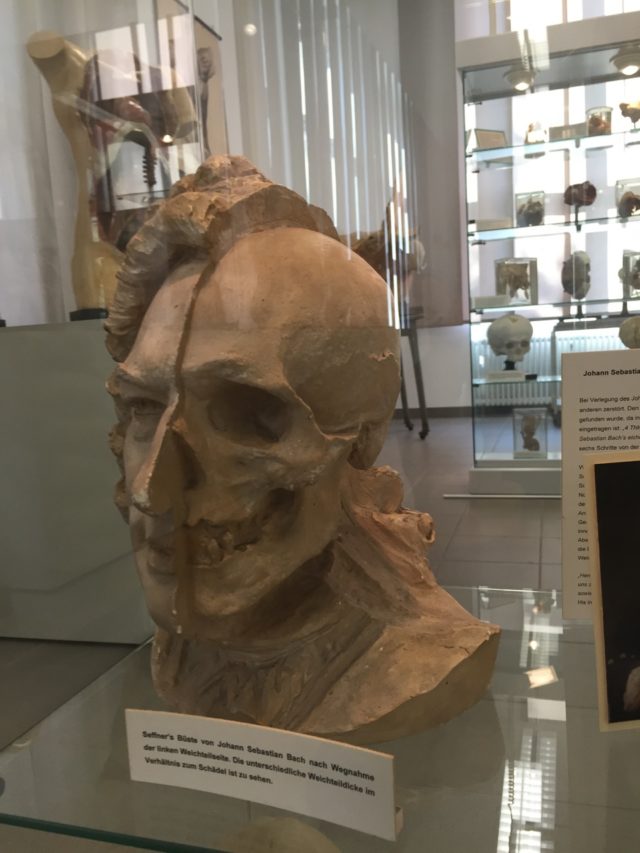 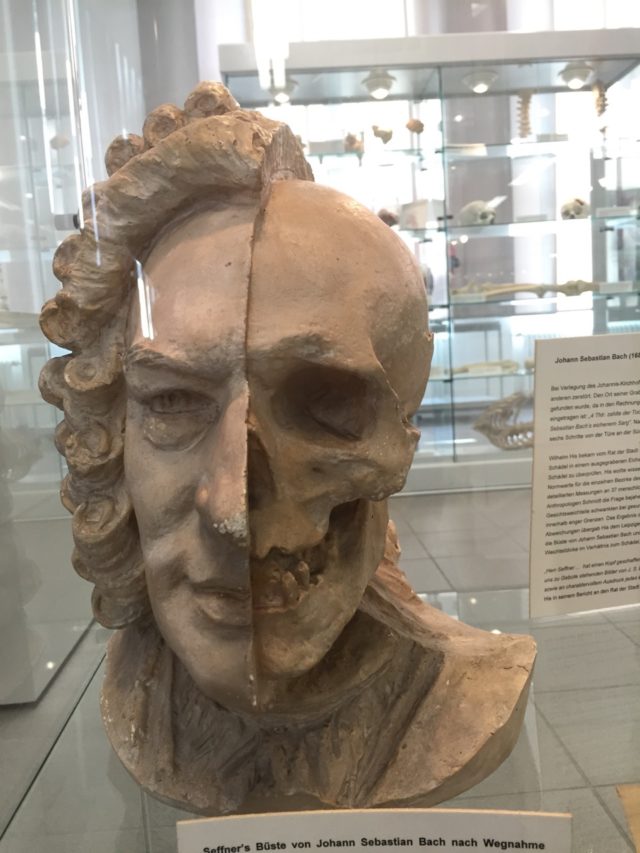 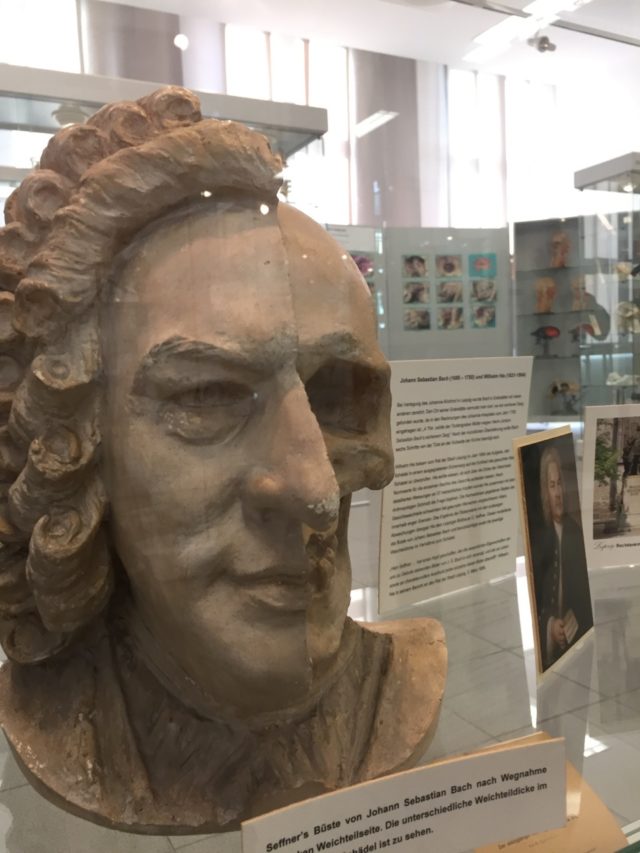