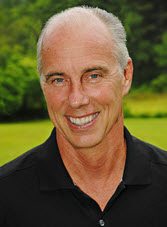 I finally got to put into effect an idea given to me by Mark Finch some 5 years ago or more: in-house professional development for the teachers. Yesterday, certified teachers Eli Thompson, Simone Lindner, and Jason Spitalnik were joined by associate teachers Meredith Stephens, Holly Clemens, Lauri Nimitz, and Aimee Baker in the office of Tom Michaud DC. (Although calling Tom a chiropractor is like calling me a massage therapist – accurate, but inadequate.)

Tom and I had communicated only briefly beforehand, both of us lamenting our full schedules had not allowed us to prepare. This mattered not a whit – crammed into his small office in Newton, Mass, we were off like greyhounds after the rabbit from the first minute. Tom has encyclopedic knowledge of the research on human gait (and I mean encyclopedic – research references drop from his mind as frequently as ‘like’ drops from a teenager’s), and off we went, with Tom holding forth on arches, bunions, neuromas, normal gait patterns – it all blended together as we flitted from subject to subject – he has that kind of mind.

We will attempt to sew everybody’s sow’s ear notes into some kind of silk purse for a future post – like many events, you kinda had to be there, as there was a cohesion in the flow, even if the individual drops were all over the place. We started with my odd feet – one Egyptian, one simian (one big toe longer, one big toe shorter). I remember no event, but Tom thinks it is not genetics but something trauma that resulted in the proximal phalange on my left foot being shorter. In any case, it is my long-toed right foot that has hallux limitus, something I am trying to solve with Peter Ehlers’ toe stretcher. Tom set about explaining the biomechanics (which he does endlessly at breakneck speed with a jolly laugh, common language from educating clients, and the easy assurance of a man who covers the entire territory from research to daily practice), and then mobilizing my foot.

Visions of sugarplums danced through our heads at machine-gun speed – flexor hallucis longus and the stimulated growth of the sustentaculum tali, the death of the mitred hinge as a model for the two ankle joints, and the the flexor digitorum brevis as the source of heel spurs, not the plantar fascia (I am going to check that one in the dissection class). Late in the day, as we discussed high arch patterns and the strong flexion in the mid-foot common to these patterns, he touted the peroneus longus (he hasn’t gotten on top of fibularis yet either) as a cause of a high arch pattern! This was hard for me to get my head around, having invested a great deal of mental energy in explaining these patterns as coming from tibialis posterior. I get it now – a very strong pull downward on the 1st metatarsal as the foot supinates from other muscles’ pull – but it’s just as hard for me to let go of my hard-won concepts as anybody else. (‘It’s both’ is my conclusion.)

He also subscribes to the “Most everybody has fused SI joints by the time they are in their 50’s” idea that I have poo-poo-ed in my lectures – more fodder for the dissection class. Barefoot running was definitely getting the treatment – the heel is a cancellous cushion of bone, and we are designed for heel strike, and the whole ‘run down an animal’ long-distance runner thing cut no ice with him at all.

There were so many gems during the day – we measured the horizontal glide of the medial malleolus between ‘neutral’ (talo-navicular joint) and relaxed – the greatest predictor of injury and pain, we measured gait on a machine he didn’t need because he could see it all happening in real time – no wonder it takes 9 months to get an appointment with him!

As I say, we will try to cobble together a more reasoned report, but his flow was nearly unstoppable (I mean, I had to call a break, which I only reluctantly do for my students because they have bladders and lungs), and hard to recreate in detail – it was the totality that lifted us all up to a new level of thinking and understanding about arches, knees and hips. Often the reverse of standard thinking, and almost always convincing. Simone and I tried to get him to reconsider the aquatic ape theory, which he dismissed. We are still holding on after his assault – here he was less than definitive, though his knowledge of all the pithecines and how both we and the chimps (they evolved farther than us, he points out) evolved from the lordotic Ardipithecus changed my evolutionary ideas in a second.

‘Rich mixed feed’ as Aldous Huxley would say. As I left, he said how stimulating it was to him to have such a together and knowledgable group to work with, our questions were at a high level, and though we could find problems with me and anybody else, our biomechanical health was, as Garrison intones, ‘above average’.