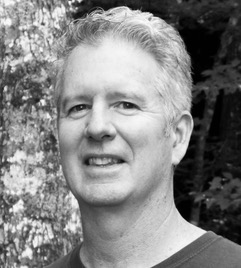 Jeff first became interested in becoming a bodyworker after personally witnessing its profound ability to dramatically improve the health of a friend who had been severally injured in a car accident. After the fantastic work of surgeons to save his friend’s life the final prognosis was that she would be limited in her movement and certainly experience chronic pain for the rest of her life. With the help of a massage therapist she regained full function in the injured areas defying the prognosis she had received from the doctors.

This event ignited a passion in Jeff to explore the power and potential contained in the field. After graduating from the Southeastern School of Neuromuscular and Massage Therapy in 1994 Jeff embarked on a journey of continued learning and practice in the field. Trainings in many modalities of bodywork and movement arts such as Myofascial Release, Cranial Sacral Therapy, Chi Gung, Gung Fu and Chi Na have contributed to his understanding and practice over the years. For many years he was an instructor at The Sarasota School of Massage Therapy teaching Myology, Neuromuscular Therapy, Myofascial Release and Postural Analysis. In 2006 he completed Tom Myers Anatomy Trains Structural Integration training. He has found after years of applying ATSI principles in his practice that the system is truly holistic in its approach and results.

After 25 years of practice in Florida he has relocated to the Asheville, NC area. He looks forward to sharing his skills and experience with people in the area who are interested in gaining the lifelong benefits of receiving Structural Integration Bodywork.