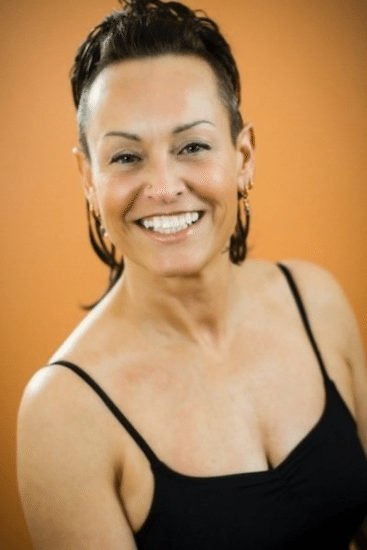 “I was raised in an active and athletic family, so movement has always been part of my life,” says Briala Silva, the owner of Briala Bodyworks LLC, in Lancaster. The area native earned an athletic scholarship in field hockey and track to the University of Pittsburgh. Though interested in careers involving movement early on, she was persuaded by the practical advice of adults to pursue a career in human resources. Amid a busy work travel schedule, she remained intensely athletic. However, as her journey continued, what she valued as ideal in her career, personal fitness and life in general changed significantly.

“In my late 20s, I had a ‘wow’ body, the type that people at the gym ask how they can get, but I was aching, fatigued and drained,” recalls Silva, who tried yoga for the first time at the suggestion of a friend. “I thought yoga would not challenge me at all, but even the simplest things were very difficult for me,” she remarks. “Knowing I was stronger than most of the people in the class, I could not understand it. Now I know that I wasn’t functionally fit, meaning that I couldn’t move with ease and without aches and pains.”

In her late 30s, Silva’s exhaustion grew, as did her disinterest in her job. “When I discovered I was pregnant, I took the opportunity to leave my position, since it required extensive travel,” she recounts. Around the same time, a friend recommended that she check out Janine Galati, an exercise physiologist, licensed massage therapist and the owner of Alternative Health & Fitness in Philadelphia, Pennsylvania, who teaches functional movement.

She ended up studying with Galati for more than four years. “I learned that everything in the body is connected to everything else,” Silva remarks. “The body is not a series of individual muscles; it is a holistic system working as a series of movements that flow sequentially from the brain and nervous system, through the joints and muscles in a natural way.”

Silva’s outlook on fitness changed as she learned that weight lifting and similar types of workouts shorten and tighten muscles, but paying attention to the subtle, inner muscles of the body, such as those surrounding the joints, allows for supple muscle movement and lengthens and hydrates tissues. She backed off running and weightlifting to unwind the tight muscles she had developed through years of high-impact physical activity.

Although reluctant to teach at first, Silva began to pick up classes at Galati’s studio, while continuing to observe one-on-one sessions as an apprentice. In 2001, she started teaching individuals and groups in her Lancaster home. Word spread and her business grew. As a humble student, she continued to study with other experts in Pilates, yoga, movement and bodywork.

Now in her studio, Briala Bodyworks, Silva provides initial consultations and often recommends private work to kick start a client’s learning. Her week comprises about 35 hours in individual sessions and 10 hours of classroom teaching. She maintains a small class size so that she can address each individual with verbal and kinesthetic cues and hands-on guidance. Clients, mainly word-of-mouth referrals from satisfied clients and physicians, range in age from 15 to 78.

“In addition to Pilates and my unique teaching of yoga, I teach kinesthetic intelligence, or what it means to move well,” explains Silva, who incorporates her own method called KQ3 (kinesthetic quotient in three dimensions), to help students explore coherent movement from within. “In my specialized classes, I break down some of the individual elements of functional movement,” she explains. “I help students develop an understanding and sensory connection to the subtle body, led by the mind. When the mind starts to see it, they’ve ignited that kinesthetic connection.”

Another of her essential tools is manual bodywork, including kinesis myofascial integration (KMI), a hands-on, one-on-one therapy that frees up the system of myofascial tissue—the webbing that holds together the body’s muscles, bones and internal organs—and reintegrates movement across the joints.

Silva acknowledges that most yoga and Pilates trainings do not thoroughly explain movement. With a small group of professionals, she is developing a codified system for teaching kinesthetic intelligence to personal trainers, golf coaches, yoga instructors and other teachers of movement. She also continues to travel, studying and teaching workshops throughout the U.S. and internationally.

“Now, in my mid-50s, I feel more fit than I did in my 20s,” Silva comments. “My fitness routine involves daily movement influenced by yoga, Pilates and KQ3, and I’m an avid walker. I know that I don’t have to experience aches and pains as I age. This is truly my passion, and I feel blessed to serve all my clients.”

Interview By Lauressa Nelson, a contributing editor for Natural Awakenings magazines and a freelance writer who lives in Orlando, Florida.